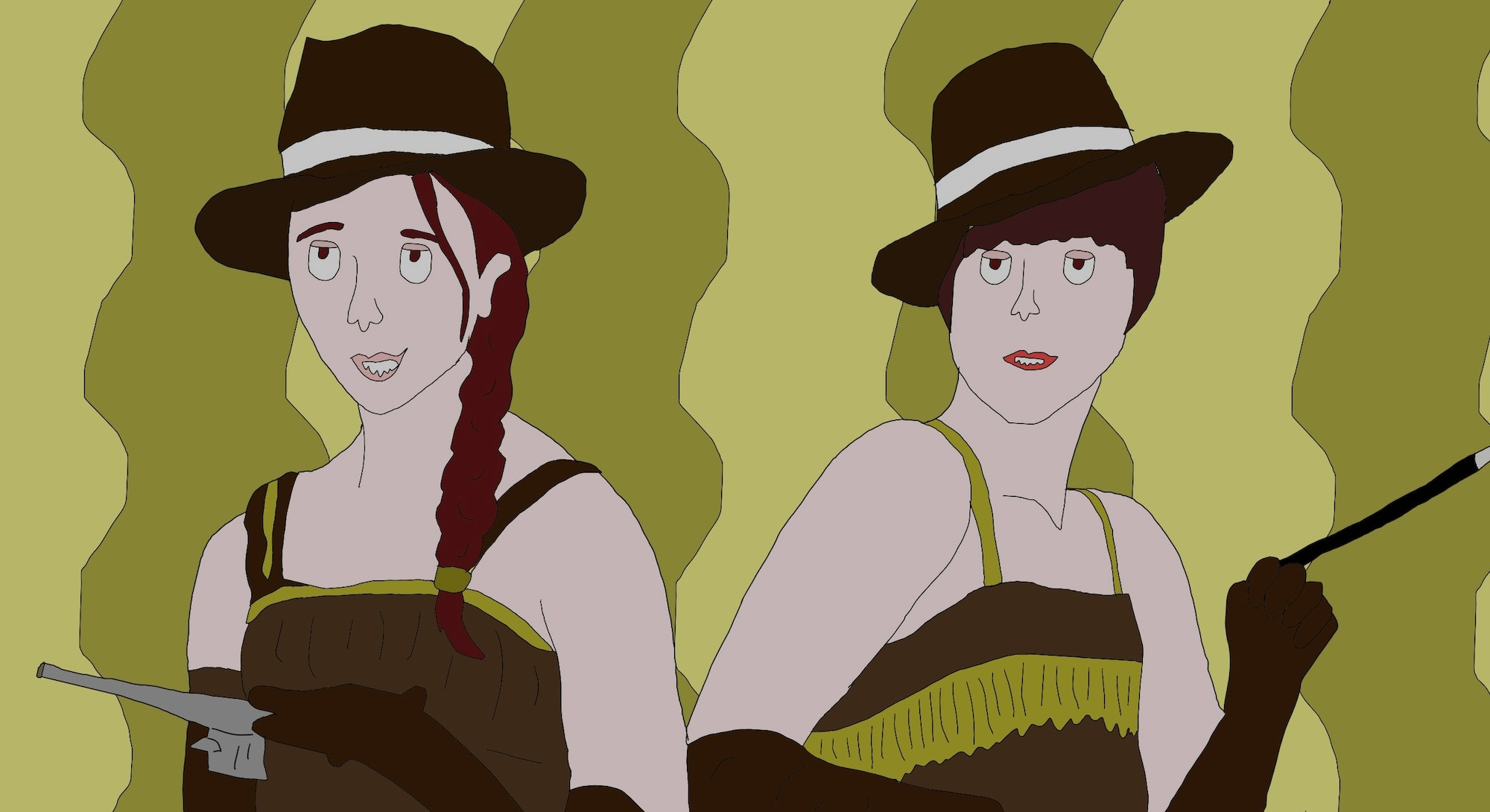 If my mom started a cult, a million people would join, and it would end badly.

Since I arrived in Los Angeles a year and a half ago, there have been no shortage of people who have expressed interest in getting to know my mother. So when she visited me in L.A. for the holidays, I decided to give them all the chance. I decided we’d stake out a corner of a bar in West Hollywood, and posted the address and time (Tuesday, from 8-10 p.m.) in a Google spreadsheet. I watched the form fill with fifteen responses within an hour, with people from all over the country. Some wanted a meeting in person, while others who would be unable to attend the meet-and-greet wanted to grab some time via video chat and even over the phone. I didn’t personally know a decent chunk of the applicants.

The invitation read as follows:

Why do people want to meet Jill so badly? That’s a more complicated question.

I have a difficult time describing my mother to people. If I talk too much about her behavior, she becomes a cartoon; if I talk too much about our relationship, it gets a little bit TMI. And it’s slightly unbelievable, no matter which way I spin it. And that’s okay — I’m inclined toward hyperbole when the conversation is dragging, but this is the one person who needs no exaggeration. Everyone I speak to about her wants to meet her in the way that your friends want to come over when you get a new gaming console or exotic pet; it disguises the fact that without these things, you’re not that fun to be around.

My mom never ended up pursuing a career as a soap opera star, but if I told you she had, you wouldn’t be surprised. She is tall, always has a haircut that’s a decade-appropriate variation of a helmet, teaches second grade, and lost seventy five pounds by eating only broccoli for months. She smells like Dunkin’ Donuts and cigarettes. (She quit smoking after 9/11, then picked it back up when the political climate was a little less contentious.) She loves to tell people what their energy is like, went through a serious Wiccan phase, and once drove around for an entire summer listening to the same shitty Maroon 5 CD. She told me the best way to get someone’s attention was to call them at three in the morning crying (note: this advice came when my first boyfriend broke up with me).

My mom has two children but raised ten, turning our tiny southern Massachusetts home into a daycare. She raised all my cousins while the rest of the parents went to work, and didn’t get paid for it for the first 10 years of my life. She’s flirted with every single man I’ve dated, including the ones neither of us really liked. She moved into her house the same weekend I moved into college and I’m still a little bitter about it. She is smart with money, but also has several framed pictures of herself prominently displayed in her home. She will make you feel really good about yourself.

My mom is an extraordinary person, which is a definition that is devoid of affection, but you’ll have to trust that there’s some in there anyway.

The first person to show up is my friend and comedian Jason, who’s an incredible sport. My mom is on her very best behavior, basically becoming a different person, a tendency that always made me resent her at school events. She asks Jason what he does, how we met, how he got into comedy, and offers her thoughts on comedy. It hits Jason and I at once that she didn’t know that Chris Rock did stand up, but he’s very patient and asks her a few things about herself. She tells him she’s a second grade teacher and then relays a long story about shouting “This is about me!” in a theater I was doing stand up in.

“That explained a lot,” Jason said with a smile before leaving. So far, so good. I croak out a laugh and return to Jilly.

She’s having fun, and we discuss our plan for tomorrow — I’ll be driving her twelve hours round trip to San Jose to visit her dying uncle, a not atypical example of her heart being in the right place but still asking a little too much of someone doing a favor. Jill is past fifty now (though I’m not at liberty to say how far past) and it’s getting to that time in your life where your parents and uncles and aunts and other people who have pissed you off and lent you money and made you laugh at one time or another are starting to die — even if I can’t really conceptualize it yet.

Next, we video chat with a woman named Janet in Massachusetts; then, Mom takes an extended call with a man named David, whom neither of us know. He works in a cancer ward, is a cancer survivor himself, and wants to drive across the country to pursue comedy. She takes a call with Nick in Minneapolis, who I’ve made a number of disparaging cartoons about, but he still sends me a Christmas card every year. She talks to Srilatha, who just got back from a trip to China, about motherhood for a half hour. I mostly drink.

“I really think it’s a testament to you,” my mom muses between calls. “You know, that they would take the time to learn a little more about you.” This is a nice thought that I’m not entirely convinced of.

Then we hit the motherlode: three well-groomed gay men who want nothing more in the world than to meet my mom. My close friend Jarred is the first to be consumed and, being well-versed in Jill lore, is embraced by her immediately. They’ve been Facebook friends for months because there’s nothing my parents love more than interacting with people my brother and I value online.

“You’re my son already,” my mom whispers to Jarred, at which point I can finally see the sensory overload hit him.

“Jill!” he exclaims in response to each of their next several interactions. “Jill!” It’s all a person can say when faced with the sentient gale force wind that is Jill.

“Your mom could be a cult leader,” he crows during one of her bathroom breaks. I buy him a beer to take the edge off.

The other two men are named Matt and Bo, two Jill skeptics whom Jarred has dragged along with him. They almost immediately buy into the hype. It’s an hour and a half into our grand experiment and she’s firing on all cylinders, dipping deep into the spiritualistic rhetoric that has boggled my mind for over two decades. They, however, are enraptured — it’s like watching someone else see your favorite movie for the first time and wanting to put yourself in their skin for a minute.

By now, we’ve drank enough to bring out the tarot cards. Jill has given me a fresh deck for Christmas to add to the other tattered ones I’ve received over the years, and we have Jarred, Matt, and Bo each draw a card. I look up what each card means in my handy guidebook, but Jill disregards the answers; she barely glances at the cards and begins to give her assessment of the situation.

“You need to shed your skin and become the real you,” she tells one of them. “You’ve been held back for a lot of your life, and now you can finally begin to get to know yourself,” she tells another. It all sounds vaguely fortune cookie or body wash commercial, but they’re bowled over by her convincing delivery. It’s not that my friends are that easily impressed — they’re all intelligent men — it’s that she’s that good.

The next few days were confusing. We saw my dying uncle, we got into a fight, we made up, we watched the Gilmore Girls revival, and she left. It took me far too long to process how people react to her because, for better or worse, it all feels very familiar. Seeing someone you love, who has given you so much but also let you down in certain moments, made we want to stand up and say to everyone, ‘Hey wait!’ before offering some counterpoints to loving her so much. I don’t know how I feel about the whole thing, and still don’t.

“That lady changed my goddamn life,” Matt said when Jill went to pee a second time.

Okay, that much I can agree with.