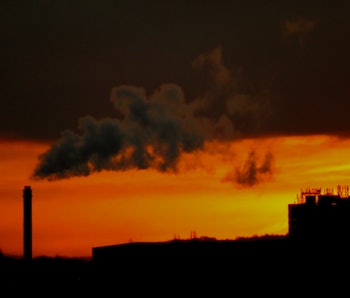 Carbon capture is about to become the environmental buzzword of 2017. The process, which involves isolating carbon emissions before they reach the atmosphere, offers a cleaner option for coal-powered industries worldwide.

Once contained, the dirty pollutant can be re-imagined into all kinds of products — one manufacturer in India has even found a way to turn emissions into household baking soda.

The United States isn’t far behind, though. Here are the three carbon capture projects that matter in 2017.

This project — which started in 2011 and was capturing one million tons of carbon by 2014 — is taking place at one of the largest corn-to-ethanol plants in the United States, feeding off of nearly 180 million bushels of corn a year and producing 350 million gallons of fuel.

What makes the Illinois project unique is its storage method, which pumps carbon dioxide 7,000 fee underground into deep saline reservoirs. The stored carbon will bind with surrounding sandstone and minerals to create porous rock, trapping it for thousands of years. The project will be fully operational by mid-2017 and will more than double their capacity for carbon storage.

The Petra Nova carbon capturing system will be operating at a coal-powered facility south of Houston, Texas. It was recently completed and capturing has already begun. This system is the largest post-combustion capturing system in the country, which means that the process will happen after the carbon has already been processed. While it is exhausted from a flue, one of those tall smoke stacks, a chemical solution will be used to “scrub” the carbon out before it enters the atmosphere. This capturing method will save nearly 30,000 tons of carbon a day, equivalent to emissions from about 1.8 million cars a year. The plant will then store the carbon deep underground — similar to the Illinois project.

This carbon capture facility will use first-of-its-kind technology in a process known as an integrated gasification combined cycle. The process uses very high pressure to squeeze carbon-based fuels into a gas. The gas can then be injected into the ground like the other two projects. What makes this method unique is that sulfur particles will be extracted from the gas before it’s injected and turned into fertilizer for resale, offering additional revenue for the plant. When this project is completed in the summer of 2017, the facility will be able to capture over 90 percent of carbon emissions, 99 percent of its sulfur, more than 95 percent of its mercury, and eliminate more than 90 percent of the nitrogen oxides produced by the process – making it overall the cleanest coal-fueled project ever permitted in Texas.

In an age of renewable, coal country seems poised to continue thriving, which may not exactly spell green future for clean energy advocates. But carbon capture is a step in the right direction, even if it’s in its early stages.

More like this
Science
41 minutes ago
Millions of People Are at Risk of This Rare Climate Change Threat — Study
By Tara Yarlagadda
Science
Feb. 1, 2023
7 Years Ago the World Agreed to Slow Down Climate Change — But a New Report Shows an Uneven Future
By Tara Yarlagadda
Science
Jan. 29, 2023
Clean energy farms may endanger birds and bats — but the remains can reveal a solution
By Emma Foehringer Merchant and Undark
LEARN SOMETHING NEW EVERY DAY.
Related Tags
Share: