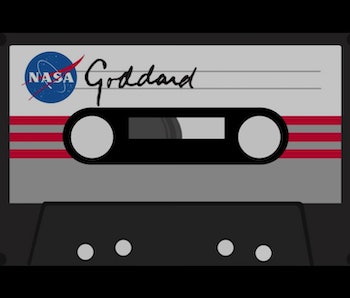 Ready to have your eardrums treated? NASA just dropped the hottest mixtape of 2016, just in time for the new year. Rounding off the highlights of the agency’s biggest achievements, the Goddard Space Flight Center in Greenbelt, Maryland has uploaded a video of some of their best work. Set to “Illuminating” by Killer Tracks, the video features a number of photos from the agency, created by Clare Skelly, Jenny Hottle, and Rebecca Roth.

“NASA Goddard’s rewind is just a small sampling of the center’s highlights and memorable moments,” the description reads. “We hope you enjoy looking back over a memorable year of observations, discoveries and milestones!”

Here are some of the achievements that get a name drop:

Listen to the full video below: