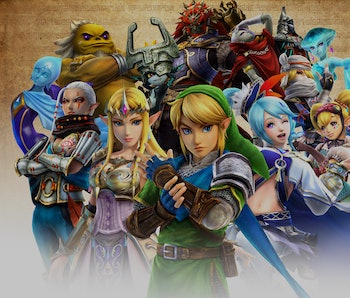 Even though Nintendo has confirmed that its new console will not be backwards compatible with physical Wii U and 3DS games players currently own, it’s a safe bet to assume that the Switch will support titles from previous Nintendo systems via a feature like the Virtual Console, available on the Wii U and 3DS. A report earlier this month from Eurogamer suggested that we may even see titles from the GameCube appear on the Switch, presumably mixed in with titles from the 3DS and Wii U running on the new system, giving us all an opportunity to catch up on some Nintendo titles from the past few years.

Here’s a few Wii U titles we’d love to see on the Nintendo Switch via Virtual Console:

After becoming one of the most popular franchises on Nintendo’s 3DS handheld following a run with PlayStation and Sony, Monster Hunter is a series more deserving of a full-fledged console return than most. Instead of working on an entirely new title, Nintendo could simply pull over Monster Hunter 3 Ultimate from the Wii U digitally via Virtual Console on the Switch, although a standalone title seems much more likely for the new system. Either way, we’d love to see the cooperative hunting title make its way onto a new platform to be enjoyed on the go and at home on the couch.

Pokkén Tournament is one of the most interesting takes on the classic Pokémon franchise we’ve ever seen in the gaming industry, introducing many of our favorite creatures into a gameplay loop, and designed by the people who brought you Tekken. Originally, it was released in Japanese arcades before being distributed worldwide on the Wii U, with dozens of favorites like Charizard, Mewtwo, and Lucario that you could fight with head-to-head. This Tekken-Pokémon formula turned out to be a surprisingly great game, one which would make a perfect addition to the Switch, thanks to its simple controls and detailed character movesets.

Much like Pokkén Tournament, Hyrule Warriors was another attempt made by Nintendo to mix up the traditional gameplay of a legendary franchise into an entirely new gameplay experience for fans. In the case of The Legend of Zelda, that meant bringing Link and his compatriots into the hack-and-slash world of Dynasty Warriors. Even though the gameplay can feel a little repetitive at times, Hyrule Warriors is a Zelda game chock full of references and characters that make it stand out as one of the best experiences Nintendo has designed from of a classic franchise. We’d love to see this on the Switch in some capacity.

Developed by Platinum Games and published by Sega, Bayonetta first saw action on the Xbox 360 and PlayStation 3 back in 2010. When Nintendo expressed interest in bringing the game to the Wii U, a sequel was announced exclusively for the system along with the re-release of the original title on Nintendo hardware. Once released, Bayonetta 2 and the original game received immense support on the system because of its highly refined action combat system, gorgeous visual design, and stellar soundtrack — each of which make it a title worthy of holding a spot on the Switch’s Virtual Console.

There are very few fighting games as iconic as Nintendo’s own Super Smash Bros., which has been around since 1999 and released on nearly every major system Nintendo has created in the past. While players often prefer different versions, the Switch would be a perfect opportunity for Nintendo to re-release all the games (including the Wii U’s Super Smash Bros. from 2014) in a collection via the Virtual Console before releasing the next installment of the franchise, designed specifically for the Switch. This sort of move would also allow those participating in the Super Smash Bros. Esports scene to access the games easier for competition, which would help bolster the sales of the Switch come its release in 2017.