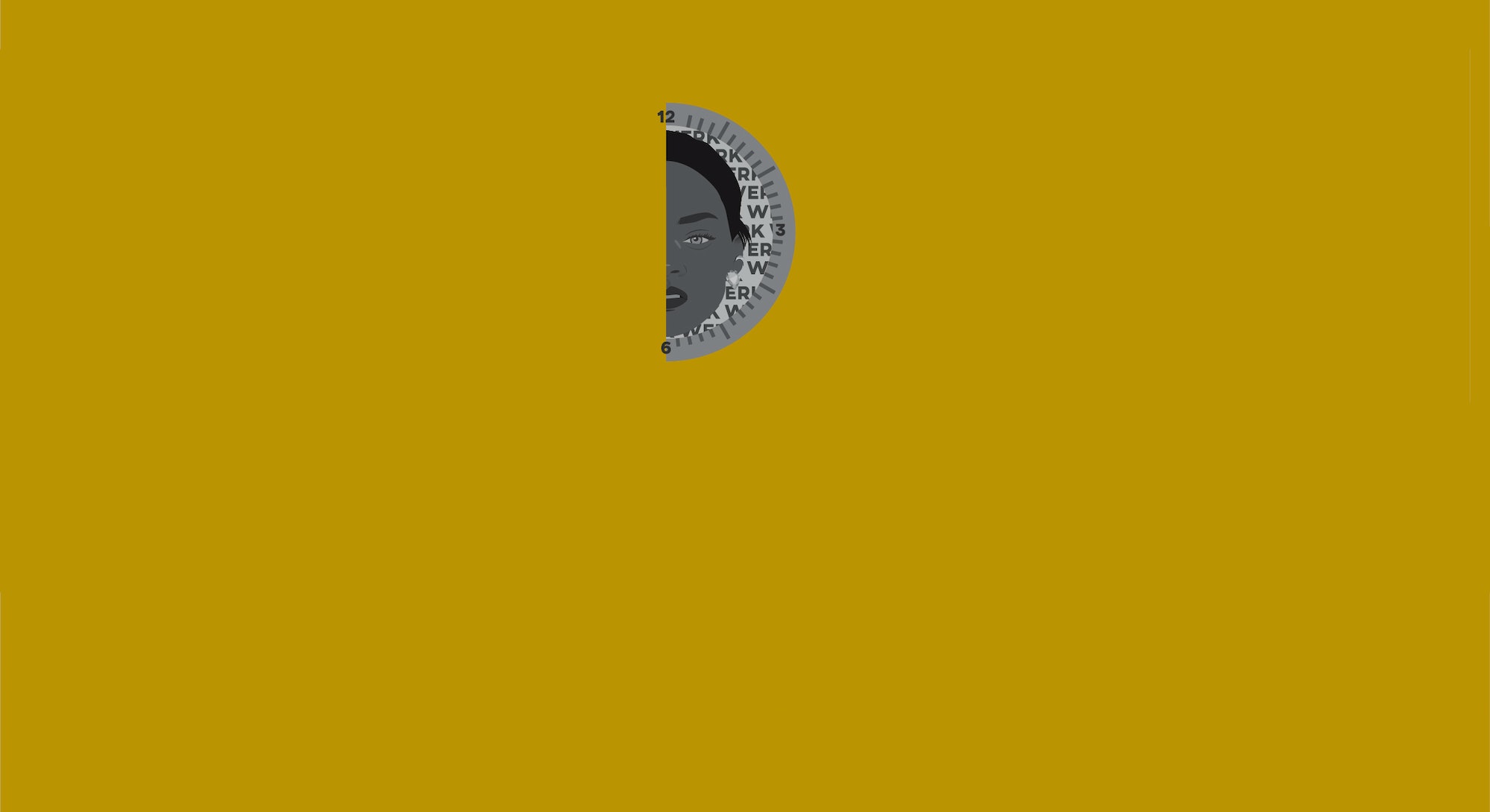 Daniel Bernmar is amused by the attention. In his native Sweden, a country that exports pop stars, crime writers, and models, it’s unusual to stumble into the spotlight — especially when you work for the Gothenburg’s city council on issues surrounding eldercare. Bertram, a PhD student on an extended leave from the School of Public Administration at the University of Gothenburg, may not have gone looking for attention but he found it by seeking innovation, a traditional activity in Gothenburg, where Sweden’s old labor norms have historically gone to die. When Bernmar became the man responsible for his city’s six-hour workday experiment, he also became a prominent supporter of an idea thats audience — if not time — has come.

Bernmar, a member of the Left Party, is a reformer by nature who thinks work-time innovations can make both Swedish citizens and the Swedish economy function more effectively in the short term. He believes labor doesn’t necessarily function best when it functions most and that recoverable hours lead to better lives and better service. Not prone to ideological turns of phrase, Bernmar describes long hours and increasing demand on laborers in low-growth economies as “a tractable problem.”

His Gothenburg project first got traction in 2014 when the city’s governing Left and Social Democrat Party coalition agreed to start a program cutting work hours, but not pay for eldercare providers on government payroll at the Svartedalen Center beginning in February 2015. A separate group at the Solängen Centers were selected as control.

Naturally, opposition members of the Moderate Party described the initiative as a “dishonest and populist ploy” and a distraction going into an election season. Nonetheless, the program proceeded and, over the course of the following 18 months, has grown to include a significant portion of workers in facilities intended for patients with severe dementia. The government, roiled in elections early in 2016, tracked progress and began to see a trend. By the time the third report arrived in October of this year, it had become abundantly clear that the program was having profound effects on both caretakers and the caretaken.

Bernmar says that the efficacy of the trial program must be attributed to the specifics of the eldercare profession, but that the program itself might provide a rubric for innovation in a variety of other fields.

“There’s a suppressed need to talk about work life,” he says. “We’ve done 40 years at 40 hours a week and we’re six to seven times richer than we were. Why not discuss what to do with those riches?”

A group of representatives from the Swedish Insurance Agency, the Swedish Employment Agency, and the National Board of Health and Welfare publicly stated at the outset of the program that its aim was to “find out how six-hour workdays impact health and life qualities for assistant nurses.” Secondarily, the Gothenburg program was designed to “examine how the reduced working day [would] impact the quality of the daily care for the tenants.” The targeted profession focus was no accident: Assistant nurses are the largest professional group in Sweden. They were of particular interest because of the nature of their physically and psychologically demanding profession.

“In industry there has been automation and there are new technologies and it’s not like it was 30 years ago, but that’s not true for eldercare and it’s easy to forget that,” says Bernmar. “An issue here is that workers physically can’t do it. Their backs are shot. It’s a heavy duty job so many people arent working 40 hours anyway. For them, it’s just more pay.”

In essence, the idea at the core of the program was to disrupt a very stable industry by altering work-hour practices rather than by introducing machinery or attempting to create news systems. The effects of the program would benefit the nurses, but whether or not those benefits would trickle down to the patients was unclear. Bertram thought it would. The nurses’ union Kommunal was happy to give it a shot.

Despite being designed to test out hard-to-implement policies and management theories, the Gothenburg trial was implemented with a checkbook and a calendar. The city department overseen by Bernmar hired 14 assistant nurses to turn what had been teams of four people working the same hours into teams of five people taking shifts in order to extend the work day. Because of the fluid nature of nursing work, this did not mean creating new schedules of predetermined duties. Overlapping work hours allowed teams to allot their time creatively.

“It was about what they could do that wasn’t strictly necessary,” says Bernmar.

The staffing shifts happened in the context of a department charged with caring for 64 seniors with relatively advanced to severe cases of dementia. Because of this, the patients were aware of the shift in strategy, but not actively participating in top-level decision-making about how added work hours were spent. Studies were also divided by worker ages.

During the course of the Gothenburg trials, data was collected on three different fronts: health of staff, perceived quality of care, and economic effect. Specific statistics, like the number of social activities per patient and the number of sick days per nurse, were used as objective measures while other measurements remained essentially subjective, the product of self-reporting and survey analysis. Six-month reports were delivered to Bernmar and made available to the public.

Experiments based on subjective analysis can be hard to parse, which is why Bernmar is quick to reach for the Gothenburg trial’s most impressive objective finding. Over the course of the first 18 months of the trial, social activities at Svartedalens went up 80 percent, considerably higher than expected. The other key objective statistic, sick days taken, was also striking. Nurses at the 30-hour-per-week facility took 6.2 percent few sick days than nurses at the 40-hour-per-week hospital.

As might be expected, the workers laboring under the new program cottoned to it quickly, reporting that they were less tired and more fulfilled by their work. Patients also reported increased quality of care to not only the writers of the reports but to international journalists swinging through Gothenburg on their way to stories about diminishing work hours and similar work being done elsewhere in Europe.

From the perspective of the nurses being paid the same rate to work fewer hours and the patients receiving better care, the experiment was a smashing success with obvious ramifications. But the costs matter and, despite the early results — a final report will be released in March — some governmental issues remain. Though the program cost 3,000,000 Krona ($323,500) in wages, it effectively cost the city of Gothenburg twice that because of costs associated with nationalized social security. Because the experiment took place within a non-experimental government system. In short, the costs and benefits were localized within a system built on the idea of nationalization.

But the financial drawbacks don’t distract from what the study shows about nurses: They are more effective when they are well rested. Within the field, more work is not better work.

Though the Gothenburg trial is not over, the results are — at least from a public policy perspective — already in. The enthusiastic media coverage and popularity of the project among Gothenburg residents and members of Sweden’s largest union signal a potential political win. The fact that the trial seemed to result in gains in the quality of life for caretakers and for those being taken of was significant, but no more so than the political reactions to the work, which have been engaged with the core idea if not uniformly positive.

“The right is irritated that we’ve got attention and by the prestige of this,” says Bernmar. “They’re now looking for other areas in which we can make work-time innovations, even if those aren’t transitions to six-hour work days.”

If experiments like the Gothenburg trial expand to professions beyond nursing, they will likely prove most effective at altering fields in which shift coverage is important for clients. It’s worth noting that the nurse-centric trial was inspired largely by a Toyota maintenance center that altered its shift schedule to remain open longer and, in doing so, built a loyal customer base. If Swedish politicians become enthusiastic about this style of management, a change could potentially sweep the country. Roughly a third of the Swedish workforce is on government payroll, which means that competition for workers could incentivize private employers to make work-hour changes in the relatively near future, assuming a broader rollout.

Still, there is a catch. The Gothenburg workers were paid the same for 36 hours of work per week as for 40, and additional team members were added. This means that quality of care went up with the number of hours being worked by staff. This does not represent a surprising finding. The somewhat staggering success of the program does, but businesses with concerns about overhead cannot reasonably be expected to take these results and run with them. Highly successful service businesses, however, will pay attention. Some 78 percent of Swedish workers are employed in service jobs as of 2012. That number is about average for Europe and America.