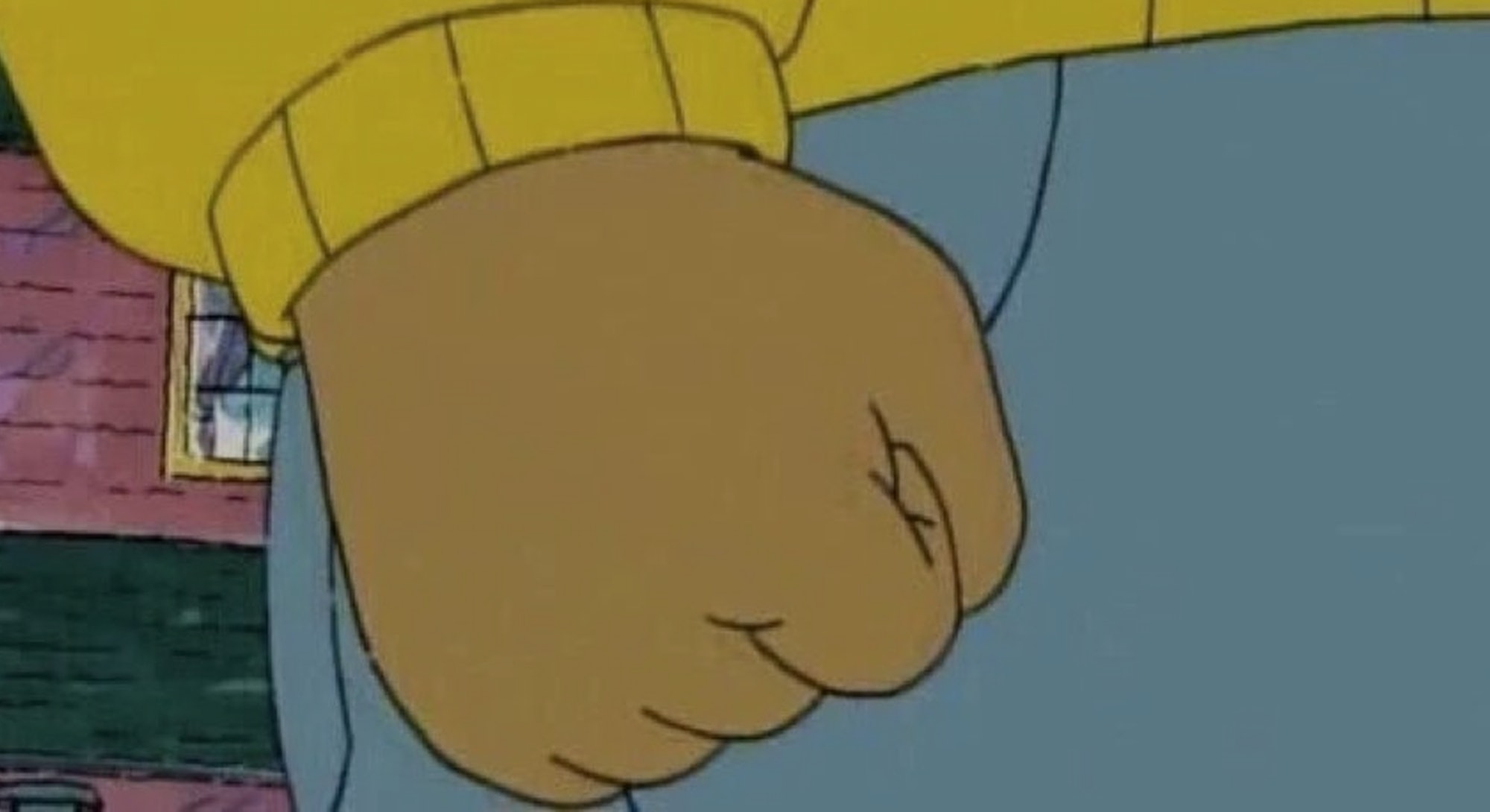 Google searches containing the term “punchable face” hit a five-year high in the past twelve months, which says a lot about 2016: Drug lord Martin Shkreli earned the distinction of having the world’s most punchable face, Robert de Niro threatened to punch Donald Trump in the face during campaign season, and Arthur the aardvark’s fist, originally clenched to punch his sister in the face, became an internet meme.

That humans default to face-punching when they are frustrated does not surprise evolutionary biologist David Carrier, Ph.D., whose research suggests that Sapiens have always done so. But, he warns Inverse, just because it’s habitual doesn’t mean we should do it. Human faces, he explains, have also evolved to withstand human fists.

Carrier, an evolutionary biologist at the University of Utah, has made a controversial name for himself by suggesting that the story of human aggression is written in our anatomy. In his earlier work, he showed that human hands were particularly well-suited for forming fists, and a follow-up article suggested that our faces are likewise particularly well-suited for withstanding those fists.

“The expectation, from an evolutionary perspective, is that when the hand proportion that allowed us to form a fist appeared in the fossil record, you’d expect to see corresponding changes in the robusticity of these bones of the face, and it turns out it was true,” Carrier says. In other words, our penchant for punching faces with a closed fist has resulted in our faces actually becoming more dangerous to punch.

Clenched fists are humankind’s oldest weapon, but not all of our ape relatives were equipped to wield them. Fossil records from about 4 million years ago show that there were clear differences in the hand proportions of great apes and the bipedal apes — our direct ancestors, the hominins. Like humans, the hominins had shorter fingers and palms but long, flexible, powerful thumbs. Some scientists have interpreted this anatomical quirk as evidence that the hominins were gaining manual dexterity, but Carrier argues that it is also compelling proof that the pre-human hand was evolving to form a fist, which in turn protected the bones in the hand from shattering when it hit something hard, like a face. Chimpanzees, bonobos, and gorillas can’t make fists because they have much longer fingers than we do, so when they hit each other they tend to use an open hand, Carrier says.

Carrier’s critics don’t question the evolution of the fist. Instead, their problem lies in the fact that a punch’s primary target is the face. If the hand evolved to be a weapon used to attack the head, shouldn’t the head have evolved to withstand those blows?

“They were arguing that that didn’t happen,” Carrier says, which prompted him to look into the matter. What he found suggested the opposite: In his review of existing literature of facial skeletal evolution, published this year in the Journal of Experimental Biology, he found that the evolution of hand proportions that allowed the formation of a fist paralleled the evolution of the buttressing of the face — particularly, a strengthening of the bones that most often break when modern humans get into a fight.

Imagine two Australopiths — that’s the hominin species the famous Lucy belonged to — one with a sturdy-boned, chiseled face, and the other with a more delicate one. If their species has a fondness for throwing fists at faces when they are angry, the sturdy-skulled fellow would be much more likely to survive an altercation than a weak-boned one, and therefore he’d be able to pass on his genes for face sturdiness while his unfortunate soft-faced friend would not. The most fortunate individuals would be those with both heavily buttressed faces and strong, well-formed fists. This process, Carrier suggests, is more or less what led to the modern human face and perhaps to our predilection for stronger-looking ones, as well.

The human face is one of the most sexually dimorphic parts of the bodies, which means that it differs greatly between males and females. Carrier believes that males were doing most of the punch throwing and receiving, and it’s possible that males who were able to withstand a punch — that is, those with armored faces — came to be seen as more sexually preferable to females, who sought mates that had a better chance at survival.

“That sexual dimorphism is true in modern humans, but it’s also true — as far as anthropology can tell — in these very early hominins,” Carrier says. Consistent with this idea, scientists have found that both males and females can look at a man’s face and estimate, reasonably well, how strong he is. “From the point of view of a ‘punchable face,’ it’s really the masculine face that is most protected,” he says.

Carrier is well aware of the troubling implications that this theory has for females. Since males were primarily doing the fighting, males were the only ones that developed buttressed faces. The faces of females, as a result, are the most vulnerable to being hit according to Carrier’s theory. The most concerning takeaway is that punchable faces are feminine faces, as their bones are the least likely to withstand that much force.

An even more distressing implication of Carrier’s work is the idea that the ability to throw a good, sturdy punch was integral to hominin survival, as was the ability to withstand one. After all, the fist-forming trait wouldn’t have stuck around in the gene pool if it weren’t particularly useful, just as the genes that led to strong facial bones would likely not have persisted if they didn’t help individuals live. This suggests that our evolutionary story maximized aggression — and that modern-day human violence is the unfortunate epilogue.

Carrier has received plenty of pushback on his theory from scientists who worry that it could be used in the wrong way. While they could not contest his measurements of the fossils’ fingers or the thickness of their cheekbones, they took serious issue with his interpretation of the results. It’s hard to blame them: The last thing 2016 needs is a reason to justify our apparent penchant for violence.

Carrier argues that denying our animal history is counterproductive. When we call faces “punchable,” it’s human culture, not biology, that’s at work. As such, that behavior is within our power — and arguably within our realm of responsibility — to curb and control. “If we have an objective or a goal to reduce aggression or to reduce violence, it’s not going to help us to be denying reality,” he says. “If one aspect of who we are as animals leads us to respond with fear and anger and aggression with those emotions — and if those emotions are there and we sometimes deal with them by lashing out violently — we need to know.”