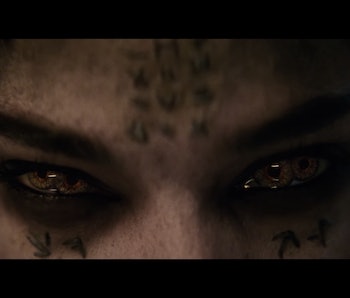 The Mummy starts with a plane crash. It’s been well established in the beloved Brendan Fraser-helmed series that ancient Egyptian gods do not like planes (remember the sand-mummy-face chasing the biplane?), but that appears to be the only real similarity between those films and the new era of Tom Cruise.

We saw a teaser for Universal Pictures’s first trailer for The Mummy on Friday, but until now, we didn’t know the shape and form of the new series, which will launch a cinematic universe of monster movies that are all set up to ruin Tom Cruise’s day. Cruise wasn’t our first choice for the lead role, but he seems to be on comfortable ground in the first trailer — or, comfortable crashing airplane, that is. Cruise plays Nick Morton, a generic swashbuckling adventure hero who is knowledgeable about transporting sarcophaguses and also putting parachutes on people that are about to fall out of planes, like Annabelle Wallis’s character Jenny Halsey.

Also, he totally dies. After the trailer’s initial plane crash, which is caused by a mysterious cloud of assumedly locusts and crows, Cruise wakes up in a body bag. This is a wrinkle that, honestly, could tie the whole thing together — if Cruise’s generic adventure-bro has some immortal or supernatural characteristics, he could be the perfect lynchpin to Universal’s ever-expanding monster universe. Check out the trailer below.