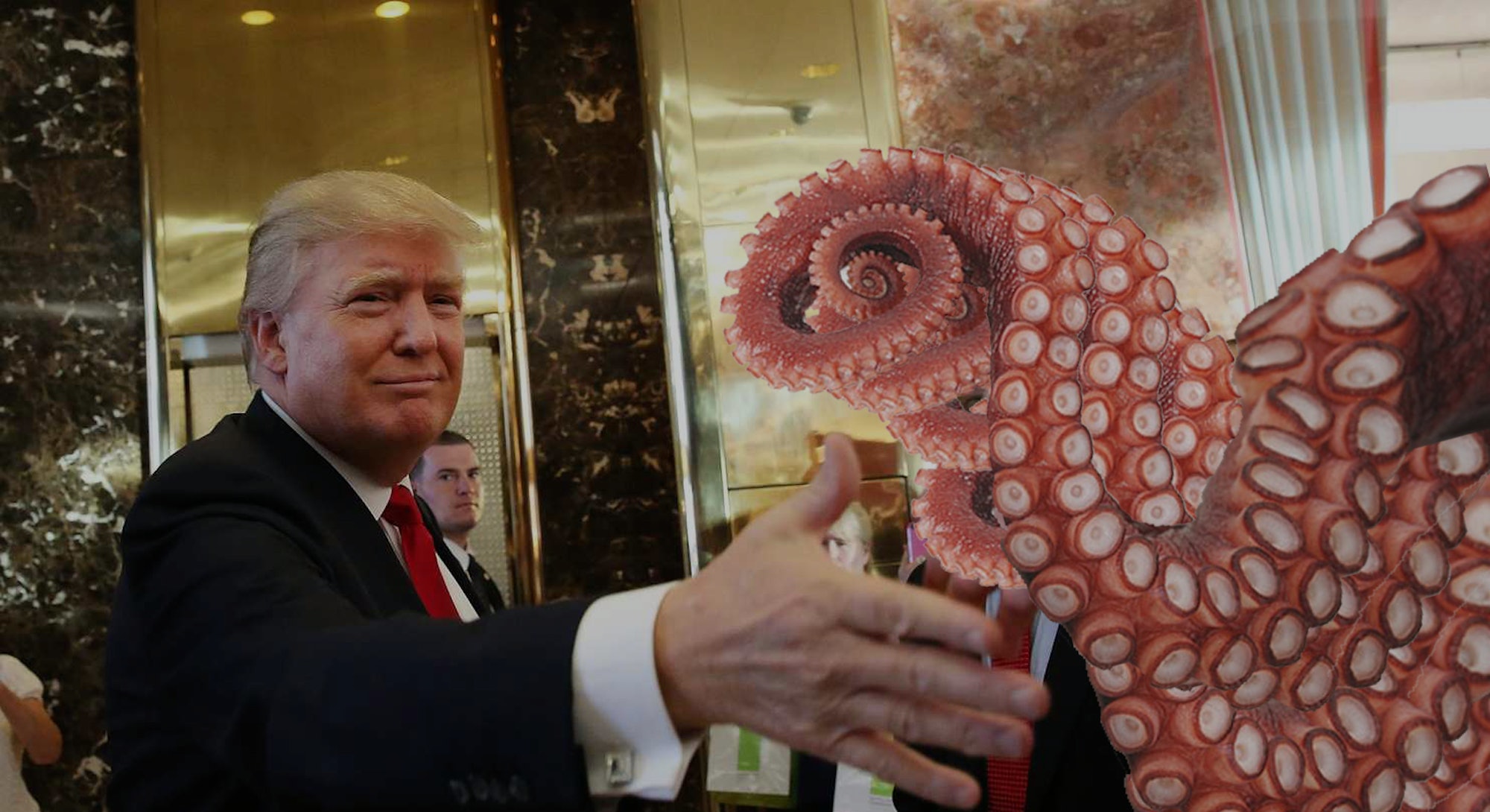 The surprise alien blockbuster Arrival takes an old science fiction plot — intelligent extraterrestrials come to Earth — and jettisons the explosive boom and doom of an invasion scenario. Instead of indulging our fears of otherness, the film posits that extraterrestrials might be peaceful, curious, and maybe even in need of human assistance. It also peers into how humans would struggle to help galactic fellow travelers because our government institutions and prejudices make it nearly impossible for our leaders, much less our species, to act in concert. That’s an interesting reality check from a science fiction film, especially as SETI research ramps up and a politician with little interest in science or diplomacy moves into the White House.

The chances that Donald Trump will speak to aliens on behalf of mankind are not significant, but there remains a nonzero chance of contact. And if that event occurred, it would — unless something radical happened — be organized in a frighteningly haphazard way.

Whether it’s Trump or someone else, whoever is tasked with talking to extraterrestrials on this planet will have to approach the situation with the understanding that whatever they do might not work. Any alien landing, especially on the lawn of the White House, could be easily perceived as hostility or opportunity. “It’s probably going to be perceived as both,” says Douglas Vakoch, a SETI researcher and head of METI International. Any country will want to do what they can to protect themselves, and many may also want to capitalize on the opportunity to access new technologies and represent planetary norms. But that doesn’t mean America has a plan.

To the contrary, there is no evidence to suggest the U.S. government has a concrete protocol for dealing with alien visitors. There are only reports about a 1950s military plan called the “Seven Steps to Contact,” which was designed as a guide for human extraterrestrial intervention and calls for an initial round of remote surveillance and intelligence gathering to assess the aliens’ weaponry and technological advancement before any pleasantries. The idea there being that if we’re technologically inferior, we’re not going to want to stir things up. The plan also suggests that humans should abduct plants, animals, an intelligent forms of life before touching down on another planet’s surface. This all makes sense, which is why it’s so alarming. If aliens followed the steps on Earth there would be widespread panic and clear communications would immediately become difficult.

Humans have actually spent quite a bit of history brainstorming how to talk to beings from another world. According to Vakoch, humans have long pitched ideas about carving shapes and messages into the landscape in order to send messages to those living on the moon. Austrian astronomer Joseph Johann von Littrow once made the suggestion to dig a large circular canal in the Sahara desert, fill it with kerosene, and light it up. He was interested in symmetry and that actually makes sense — even if the rest of the plan was nonsensical. “There may be some basic language you need to know in order to make contact in the first place,” says Vakoch. The language he speaks of is generally considered to be math.

The most famous human transmission meant for alien life was the 1974 Arecibo Message, which was written as a graphic of math and science encoded as Morse code. “The underlying principle,” Vakoch says, “is ‘what is it that we and the aliens have in common by virtue of being able to send and receive radio signals?’ It means you can build transmitters and receivers so you’re a good engineer. You’ve got to know something as fundamental as one plus one equals two. So that’s the starting point of interstellar messages.”

The subtext behind that thought is that if an alien species comes to Earth, both our civilization and the visiting one would likely have the capacity to meet one-another halfway by acknowledging the laws of physics as demonstrated through math. Alien messages meant for us would probably be presented in a context that the aliens presume is more familiar to us — and vice versa. So if America’s big orange man was to speak to small green men, we could at least take comfort in the initial compromise on language.

Unfortunately, we’ll still have to be flexible on that front because education — as humans know all too well — is not homogenously distributed. “We see such stark differences here on our own world,” says Vakoch. “We’ll have to start with what’s basic and work our way up.” That will require brainstorming several different tracks for developing that communication, because in all likelihood, says Vakoch, we may have to start over and over and over again.

And that means Trump will need to show patience. A lot of patience. It’s certainly not something he’s well known for, but with the fate of human civilization depending on him, he’ll need to quickly learn how to chill out. This will be even more true if aliens show up, then give humanity the silent treatment. Aggression, Vakoch suggests, is a zero-win strategy. “The better approach is to think of all communications in terms the future and pursue altruistic reciprocity, pivoting towards a give-and-take series of interactions.” Trump would do well to meet extraterrestrial visitors with gifts and assistance as signs of goodwill. After all, when someone visits you at home it’s only polite to offer a drink or snack of some sort. This is doubly true when they possess superior technology.

How likely is that? Very unlikely. If Donald Trump is the person we put forth to make first contact with aliens who arrive on Earth, things will probably end up poorly.