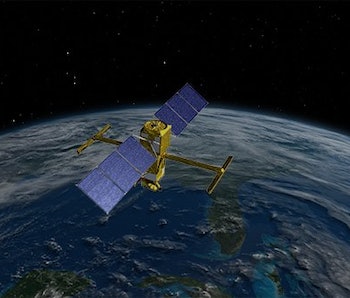 NASA and SpaceX have worked together before, but on Tuesday the government agency announced that it is tapping Elon Musk’s company to help send a first of its kind scientific mission into orbit in five years’ time.

The Surface Water and Ocean Topography mission, or SWOT, as it’s called, is the first-ever global survey of Earth’s surface water. Every 21 days, the satellite will survey at least 90 percent of the planet twice in order to “collect detailed measurements of how water bodies on Earth change over time.”

NASA says SWOT will study everything from major oceans to smaller freshwater reservoirs, and should provide insights that could aid in freshwater management, improve ocean circulation models, and make weather and climate predictions more accurate.

The launch, which will cost NASA approximately $112 million, is scheduled to take place in April 2021 on a SpaceX Falcon 9 rocket from California’s Space Launch Complex 4E at Vandenberg Air Force Base.

“We appreciate @NASA’s support and confidence,” SpaceX wrote in a tweet after the news broke.

NASA is looking for ways to cut costs on its planned missions to Mars, but it doesn’t appear as though Donald Trump is going to totally hamstring the agency when he becomes president. Still, it feels nice to see plans for collaboration between NASA and a private organization for a mission of science that far out in the future.