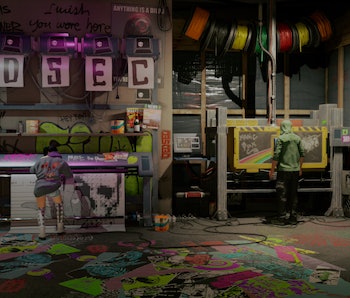 Watch Dogs 2 is a game focused on hacking into just about anything you can get your digital hands on. Cars, ATMs, construction equipment, personal data from phones, computers, webcams, and more are all a part of your playground while roaming San Francisco … you’ve just got to have the right skills to jump throughout the net, and put yourself in the right place for the job.

That’s where Research comes into play. Available as an application on your phone, Research Upgrades are unlocked with Research Points, which are awarded for increasing your number of followers or by collecting them out in the open world. These allow you to unlock new abilities (both passive and active) for Marcus to use in the field that further increase his capabilities.

Eventually, you’ll be able to unlock almost everything available in the Research trees with enough followers and Research Points, but there’s a few that are more worthwhile than their counterparts. Here are some of our favorites.

Environmental RC is an ability in the Remote Ctrl Research tree that allows you to take control of forklifts, scissor lifts, and cranes with your laptop. This ability is mainly useful for navigating the world or reaching places that would otherwise be off-limits while completing missions, but it can also be used to open secret areas or lift an obstacle blocking your way to a collectible in the open world. It may not be the most useful ability in combat, but it can help you reach a great vantage point for a shootout or to scout an area when tackling objectives in Watch Dogs 2.

Preset in the Social Engineering research tree, Gang Attack allows you to assign any target in San Francisco to one of the gangs preset in the city. This calls in a small group of gang members to attack and eliminate the target you assign them through a hack which is a great way to avoid conflict entirely. If used properly though, this ability can cause massive distractions to blanket an entire area. Say you’re looking to sneak into a guarded facility, for example. You can use Gang Attack to call in a few gang members who will start a shootout with the security guards, who will then call the police, giving you the opportunity to slip in and grab whatever you need from the area.

If you want to see everything the large open world of Watch Dogs 2 has to offer, you’ll want to avoid using fast travel so that you are constantly discovering new activities and hidden items. Since walking everywhere isn’t the most ideal situation and vehicles are quite expensive in the game, you may be tempted to borrow a stranger’s car for the afternoon. Stealing a car will almost always get you noticed by people walking by and getting the police set on your trial though, which is where Hijacker comes in. This ability allows you to hack electronic locks on cars instead of picking the lock, making you unnoticeable and quicker when stealing a vehicle in the city.

If you haven’t unlocked it already, the Quadcopter is easily the best tool you have at your disposal in Watch Dogs 2 for scouting out objectives and sneaking into buildings undetected. This little guy can be further upgraded with the Proximity Scanner though so that you can tag enemies through walls while controlling the Quadcopter with NetHack. This essentially allows you to scout and detect every single threat in an entire area before coming up with a plan of attack, making it invaluable if you’re looking to sneak your way through or execute the perfect assault on a compound.

During your time with Watch Dogs 2 you’re going to have a few run-ins with the police protecting San Francisco no matter how hard you try to avoid getting seen while hacking. Most of these will end with the police chasing you through the streets or over the rooftops too, where it’s extremely difficult to outrun them unless you’ve picked up the proper hacks to counter the ridiculous number of police vehicles they’ll send chasing after you. Here’s where City Disruption abilities come in, like Auto-Takedown. This upgrade will allow you to trigger gates and steam pipes when enemy vehicles pass nearby without losing control of your vehicle to knock your pursers out of the chase. You can also upgrade it once again to hack traffic lights too, creating traffic jams to stop your pursuers.