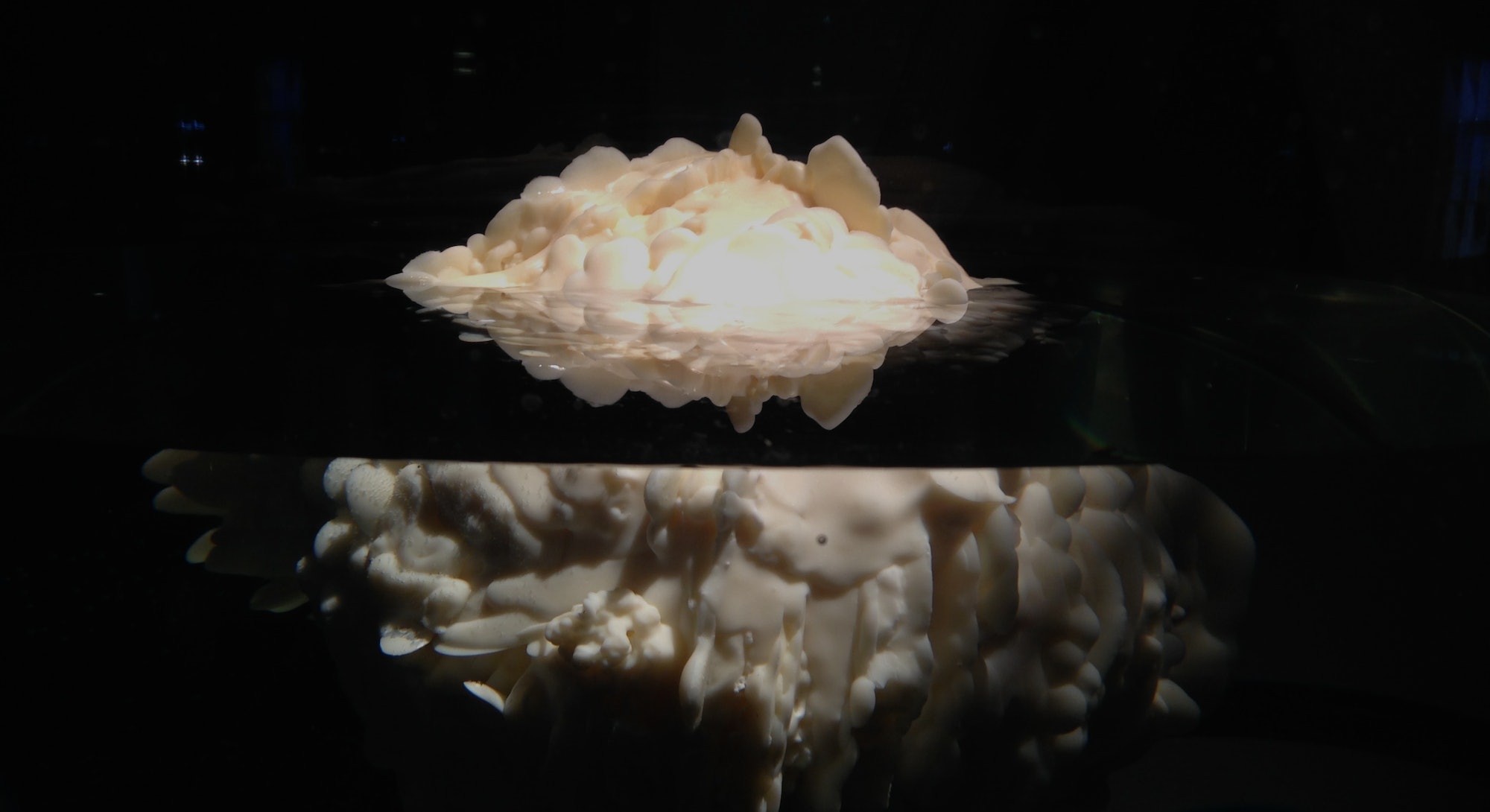 In 2013, a coagulation of fats and baby wipes the size of a bus had to be pressure-blasted out of a London sewer before raw sewage started spewing out of manholes all over the city’s Kingston neighborhood. Local officials dubbed this accretion the “fatberg,” a greasy clog of liquid fats and oils congealed into a massive blockage. Though the phenomenon wasn’t new — like cholesterol in human veins, fatbergs have been around as long as the plumbing systems they plague — the catchy name and the scale of the discovery was enough to turn heads.

Two of those heads belonged to Mike Thompson and Arne Hendriks, a pair of artists from the Netherlands who saw potential beauty in the horror of coagulation. They started talking and decided that what they really wanted to do was build an island of fat in Amsterdam harbor, an art and conversation piece meant to highlight what humans consume and how it ends up consuming them in turn.

The project is now coming together.

“It’s critical that we, as a society, reflect on such a manifestation of this vital material,” Thompson and Hendriks told Inverse in an email. “We aim to make this vital substance visible without falling into preconceived notions of what fat is, how it functions, what it means, or how we should regard it as a society. Our ultimate goal, is that FATBERG develops its own cultural presence, becoming a point of reference, existing outside of the current debate surrounding fat, to help us overcome the challenges posed by society’s inability to change the way we interact with the planet.”

Compositionally, FATBERG is quite different from sewer fatbergs, its free-range siblings. The nasty sewage clots are made by a chemical process that turns seemingly harmless liquid cooking oils into a hardened material with the consistency of soap. When oil mixes with chemicals already in the drain, it breaks into component parts — fatty acid and glycerol. The fatty acids react with calcium in the sewer in the same process that turns sweet smelling oils into soap. This mixes with baby wipes and other debris in the sewage, which gives the clog added structure and support.

Hendriks and Thompson’s FATBERG, on the other hand, will be made of fat sourced from just about anywhere, but rendered so as to remove impurities and minimize chances of the glob becoming a big stinking mess. “We are considering the ecological effects,” they quickly explain. “We have been lucky enough over the last two years to consult with various fat related experts, from immunologists researching obesity, to the very ‘flushers’ who remove fat blockages from London sewers, and we are aware of the oxidation process of fat, and take this very seriously.”

They will warm the grease to a liquid and then drip it over an embryonic lump of congealed fat floating in water, and it will spin and gather mass as material is added. The plan is to do all this from a floating platform in the harbor. The team is in talks with Amsterdam city council to start construction in early 2017. Hendriks and Thompson say they are undeterred by the outcome of a recent Kickstarter for the project, which fell well short of its €25,000 goal. “Kickstarter is only one small part of the larger vision of the project and only the start of growing FATBERG and the community.”

If it ever comes to life, the result will be part science project, part art installation, part conversation piece. The plan is to hold cooking classes and other events on the floating platform that will surround the fatberg. The fatty lump will very likely attract other forms of life, including seabirds and marine creatures. “Even in its current cylindrical tank we have discovered slime moulds and small aquatic insects living in and around the berg so it already functions as its own ecosystem,” according to a FAQ.

Whether the fatberg will be a bounty or a blight to the Amsterdam harbor remains to be seen, and that’s all part of it. If the whole project collapses into a sticky mess, it will happen right there, out in the open.