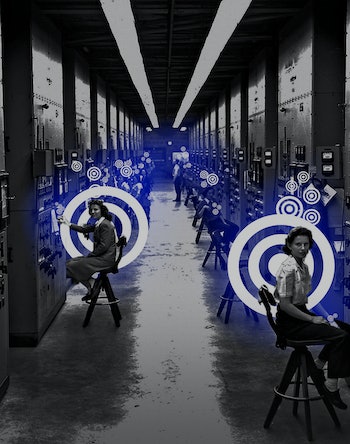 In the wake of Edward Snowden’s revelations about the National Security Administration, the installation of mass surveillance equipment in cities across Europe, and disclosure of multiple massive user data leaks, people have been forced to confront the dystopian reality that big government has stepped into the role of Big Brother. What has been less discussed is the proliferation of little brothers, corporations that closely monitor their workers as a matter of course, using a variety of new technologies.

Employee monitoring is nothing new. The Pinkerton National Detective Agency, famous for beating the hell out of the 19th-century labor movement, was founded to meet increasing demand for staff investigations. But until the advent of the digital age, employee surveillance meant putting sleuths on the ground, mostly to expose dissent. That was an expensive proposition, and one that couldn’t be normalized or, when its action was taken based on intelligence, hidden. Those early efforts are to modern data collection as pencil is to MacBook.

At the heart of the corporate surveillance craze — several years ago, a massive American Management Association survey found that 66 percent of U.S. companies monitor their employees’ internet use, 45 percent log keystrokes, and 43 percent track employee emails — is the desire for control. And it’s naive to believe that control is only of interest to companies within the context of a workflow. In the early days of commercial air flight, stewardesses were weighed to make sure they didn’t gain weight. Had the airlines been concerned about whether or not stewardesses looked thin and conventionally desirable, they could have done spot checks. They went beyond that because they could. Given that U.S. companies are largely unconstrained by laws, there’s reason to believe they’ll leverage activity trackers, heart rate monitors, radio-frequency identification chips (RFID), virtual reality data, and every other stream of information parsable through artificial intelligence to understand and contain their employees. A future in which employers know more about their workers than those workers know about themselves looms.

“In the States, everything you do at work, on your computer or telephone, is subject to employer surveillance,” says Lewis Maltby, president of the National Workrights Institute. “When you look at the American Constitution, it’s very clear that the freedom that was being protected was freedom from government abuse. If your phone call is going over the company’s phone line and your computer use, including your internet access, is going through the company server, there is no real privacy.”

It’s no longer a question of whether monitoring is happening – employers can rummage through Slack and Yammer chats – but rather, what complex algorithms can do with the data collected. In a sense, the corporate surveillance revolution isn’t about human intent; it’s about machines sorting and surfacing information. The human element is, in that environment, the least cause for concern.

“In some ways, surveillance is not so scary because most of the people doing the monitoring are not nearly as good at doing it as the technology is,” says Paul Bernal, lecturer in information technology, intellectual property, and media law at the University of East Anglia in Norwich, England. “We’re protected against intrusive technology by the incompetence of the people operating it.”

So, what happens when the watchers get better at their jobs? More data and more pattern research could allow for accusations to be leveled against those who have done nothing wrong but fit a statistical or demographic sketch of someone who likely will. In the right hands, algorithmic profiling could be used as a decision-making tool. Using data gathered on employees from across multiple platforms can give employers a fuller picture of someone’s personality, and allow them to make hiring and firing decisions accordingly. These sorts of abilities are being openly leveraged by businesses already: British insurance provider Admiral, for instance, announced earlier this year that it would analyze its customers’ Facebook posts to calculate car insurance premiums.

“You might, for example, monitor somebody’s internet activity and decide that they’re an excessive risk taker and so you decide not to give them a promotion of a particular kind,” says Bernal.

And if workers who don’t use computers to do their jobs think they can avoid the all-seeing eye, they’re woefully naive. It’s becoming normal for employers in the transportation, logistics, and healthcare industries to require that workers carry RFID devices so they can be efficiently tracked.

“While RFID technology is typically described as a workflow optimization tool, in reality it allows a supervisor or anybody else with access to monitor a healthcare worker’s every move,” says Dr. Thomas G Winston, assistant professor in the department of information sciences and technology at George Mason University in Virginia.

And RFID isn’t the only method available for keeping tabs on employees. Wearables (think Fitbits and Apple Watches) are capable of gathering increasingly personal data on workers — and their health. In 2014, the oil company BP distributed 25,000 Fitbit devices to its North American employees in a bid to cut healthcare costs, and other companies such as Barclays and Target have followed suit. There is no reason to believe these gadgets are being used to secretly monitor anyone — healthy employees are better employees so surveillance isn’t the win here — but that’s not an implausible scenario.

“In a world where health insurance is up for grabs, denying people promotion early if you think they’re going to be sick in the future could be an issue,” Bernal predicts. “When wearables started to come in, my immediate instinct was: ‘Hang on, the main purpose of these is a massive data-grab of people’s health.’”

More data grabs are on the way. The most notable of the bunch may coincide with the adoption of virtual reality technologies. This will allow employers to literally see through the eyes of their workers. One of the earliest potential use-cases for virtual reality technologies in business is to simulate training environments. When workers are in those environments, their physical responses — correlated to emotional responses — will likely be tracked in the service of analysis. Whether or not the analytical process is fully transparent will likely depend on the business.

Whereas government surveillance feels inevitable, corporate surveillance is often impossible without employee complicity. That comes in the form of unread contracts and an unwillingness to contend with the alternative functions of communications software. If the expansion of corporate oversight continues — specifically in the United States — it will be due to a lack of real opposition. Workers expect to be compensated for producing product, not penalized for producing data, but that could change. There could be a resistance. But someone would have to lead it.