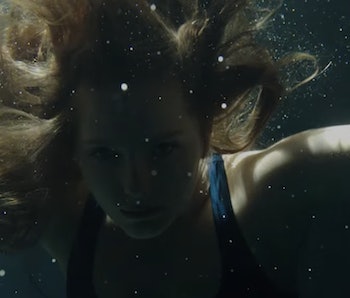 The Season 1 finale of Syfy’s creepypasta anthology series Channel Zero just wrapped, so now it’s time to look forward to the next internet urban legend that will scare our pants off.

Creepypastas blur the line between fiction and reality. And in the first season of the show, “Candle Cove,” about a mysterious children’s TV show that compels the people who watch it to start murdering others, became the basis of a six-episode TV arc. It was incredibly unsettling in the best ways possible, and Syfy isn’t slowing down. Season 2 will adapt another creepypasta called “The No-End House” (originally “NoEnd House”) about people who must survive the night in a house made up of rooms that conjure unspeakable evils.

As an anthology series, Channel Zero can find new inspirations each season, and the internet offers a nearly endless well of inspiration, thanks to the wide reach of the creepypasta phenomenon. So what else should series creator Nick Antosca tackle if Syfy has the wherewithal to keep the creepiness going? Here are a few creepypastas worth adapting.

The most disturbing detail about “Lavender Town Syndrome” is that it comes from an unorthodox threat: Pokémon. According to the original creepypasta, an investigation of the suicides of over 100 Japanese students between the ages of 10 and 15 in 1996 led detectives to determine the deaths were related to the original release of Pokémon Red and Blue. Specifically, the kids who killed themselves had all listened to the 8-bit score that played over a portion of the game that took place in Lavender Town, the ghostly graveyard for deceased monsters.

This one has real potential to expand the story beyond Japan, and doesn’t even need to rely on Pokémon. Throw in a video game and creepy chiptune melody created just for the series and it’ll be just as effective. Like The Ring, Lavender Town Syndrome plays on fears of mass produced entertainment. The only drawback is that it might skew too closely to Channel Zero’s first season, Candle Cove.

The scope of collective confused trauma is what gives “This Man” its sense of unstable dread. The story suggests that thousands of people across the globe have all experienced nightmares about the face of the same unidentified man, whose distinctive bushy eyebrows and blank stare have made him a kind of neutral entity as opposed to a threat. Though there’s some controversy as to whether the original story is a creepypasta or not, since it’s based on various drawings and accounts, the vague origin of “This Man” only reiterates its power as an urban legend.

It seems like too good of a premise to pass up, and it’s surprising that a horror movie or TV series hasn’t picked up on it yet. If Channel Zero had a bit more of a budget then it could truly make “This Man” into a horrific story that pulls together people from all over into the same unexplained ordeal, revealing some terrible truth about all of them.

With a name like “Psychosis” you really can’t go wrong, especially if Channel Zero stuck with the similar existential terror of the original story. Pop culture has long embraced the, “Is this life real or fake?” scenario, but the successful stories always seem to fall under a sci-fi banner, from The Matrix to Westworld. You’d have to go back to Jacob’s Ladder to get a real psychological horror story that pulled this kind of thing off without seeming like a cheesy plot twist.

In “Psychosis,” a shut-in named John is cut off from the outside world and only communicates via electronic devices, and he soon becomes convinced that the people he talks to are trying to lure him outside; he believes that they are controlled by a mysterious entity that dictates their every move and action.

This story, especially with its incredibly bleak ending, would easily make for a great episode of a show like Black Mirror, but Channel Zero’s six-episode framework could make the ending even more well-earned.

The boogeyman will always be ridiculously scary, and by that logic so will the Rake. In the original semi-epistolary creepypasta, stories of a humanoid creature lurking in houses and in nearby woods surfaced around 2003. Sightings continued, and investigators that were culling these stories for a potential book later uncovered documents from around the world that referred to the same creature, dating back to the 12th century to the present day.

Here’s a brief but chilling one, supposedly a journal entry from 1880 and translated from Spanish:

The local, but still somehow cosmic feel of Candle Cove could work perfectly for a story like “The Rake,” making it far more than just a scary story about a grotesque Sasquatch. If the protagonist was one of the book researchers who was discovering the historical roots of a regional tale, it could plausibly fit within the Channel Zero framework. On top of that, the absolutely horrific character design of the Skin-Taker from Candle Cove also suggests that the show can make a memorably disgusting practical version of the Rake. There have already been fan films made of “The Rake,” and now Channel Zero should take it to the next level.

While “Lavender Town Syndrome” has a distinct contemporary feel, a Channel Zero adaptation of “Polybius” would make for some great 1980s creepiness.

As the legend goes, Polybius was an arcade game created as a secret government brainwashing experiment that caused its young players to hallucinate, develop amnesia, or have nightmares about playing video games. After first popping up in Portland, OR, with reports that the arcade cabinets were visited by mysterious agents who collected user data, all traces of the game allegedly disappeared and the Polybius was never seen again. In a nice little twist, the name of the game is taken from the Greek historian who asserted that historians could not verify the truth in their accounts without firsthand experience.

Whereas “Lavender Town Syndrome” goes heavy on the horror, a “Polybius” adaptation could inch more towards sci-fi nostalgia in the same vein as Stranger Things. This adaptation could also expand the genre of the anthology series beyond just the explicitly scary stuff. Plus, there’s no way they wouldn’t make an old 8-bit video game tie-in for anyone brave enough to play.