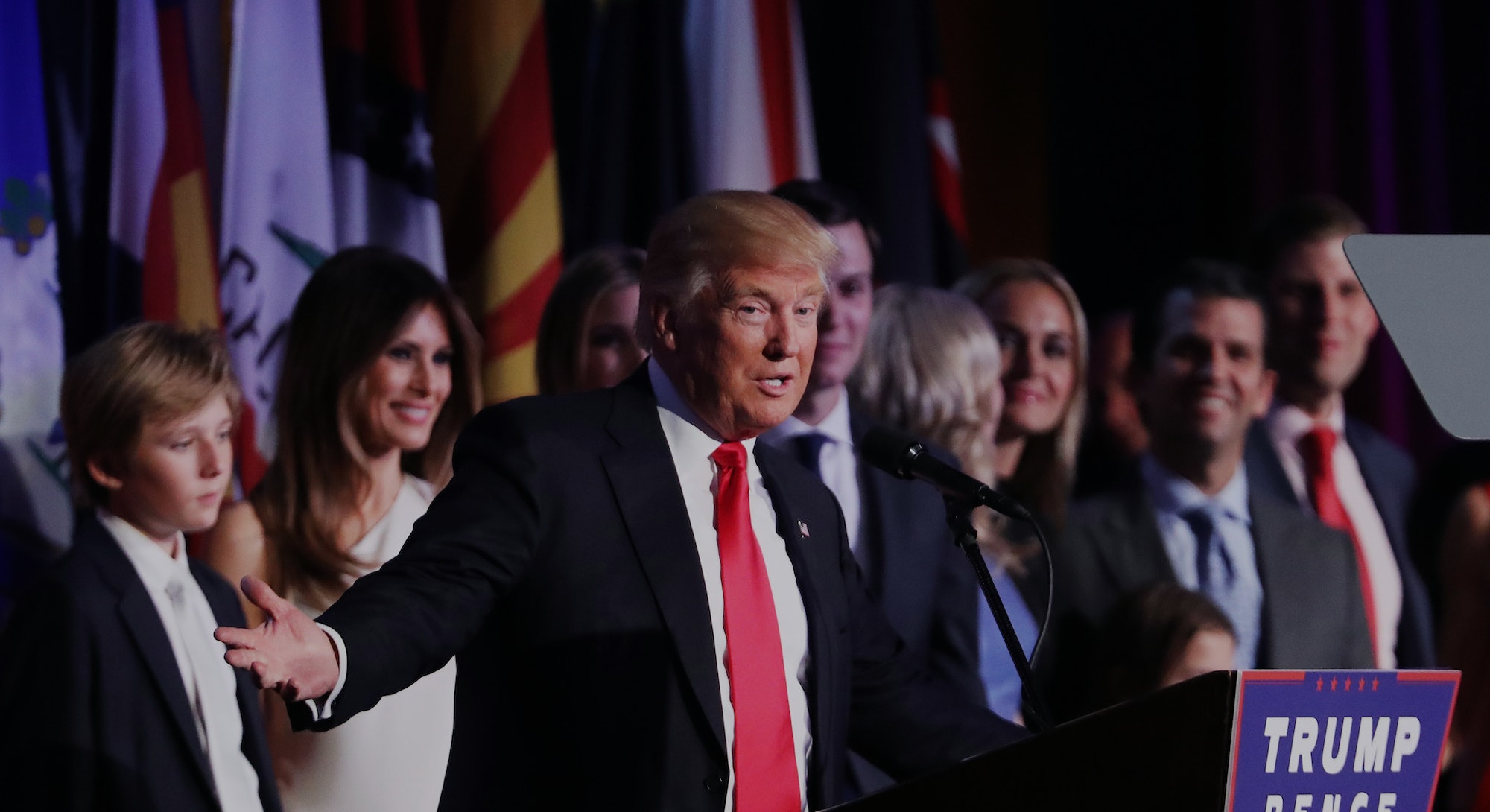 He didn’t mention manufacturing in his victory speech on Tuesday, but Donald Trump’s promise to “bring back jobs” likely helped push him over the top with the white, working-class Americans that came out in droves to vote for him. There was just one problem with Trump’s promise. Tougher to shake than Hillary Clinton is the high-pitched whirring and clanging metal in the distance. It’s the sound of factory robots.

Study after study was released in 2016 that offered a cold truth: No amount of legislating can push back automation. The World Economic Forum reported in January that approximately 5 million jobs will be lost to automation the next five years. (A 2013 Oxford University study found that 47 percent of jobs in the United States are at risk of computerization.)

It’s not just manufacturing, either. Last week, Tesla founder Elon Musk offered a new role for long-haul truck drivers, the position of “fleet manager.” The rapid advancement of the artificial intelligence that controls vehicles could make this a reality very soon. The relative ease of driving on the Interstate and the growing need for faster shipping thanks to e-commerce will cause jobs in the long-haul trucking industry to decline sharply. Otto, a startup recently bought by Uber, is also working on a self-driving semi-truck:

Meanwhile, Trump’s campaign focused heavily on a plan to use tariffs and new trade deals as a way to bring jobs back from China and Mexico. The trouble with this strategy is that places like China and Mexico are also losing jobs to automation in large numbers. In fact, a United Nations policy briefing released this week projects that China’s automation will outpace the world in jobs by 2018, with North America coming in second:

The growth has already started: As of October, China’s FoxConn, the world’s third largest employer, had replaced 40,000 employees with robots. The company plans on introducing a million robots in the next 3-5 years.

Simply put, many of the jobs Trump wants to bring back may not be performed by humans by the end of his first term in 2020.

In addition to manufacturing, Trump plans on increasing the amount of money paid to private construction firms to improve America’s infrastructure — bridges, tunnels, airports, etc. — with the idea that the money will be reinvested in the economy. But that may not be enough. According to the White House Council of Economic Advisors, automation will have the greatest impact on lower-wage and less-educated workers, many laborers that Trump is trying to empower.

“There is a risk that A.I.-driven automation will increase the wage gap between less-educated and more educated workers, potentially increasing economic inequality,” the White House reported in an October report.

“This will likely increase productivity and create wealth, but it may also affect particular types of jobs in different ways, reducing demand for certain skills that can be automated while increasing demand for other skills that are complementary to A.I.,” the White House report stated. “Public policy can address these risks, ensuring that workers are retrained and able to succeed in occupations that are complementary to, rather than competing with, automation.”

Those “complementary” humans may be what we’ll end up with. That United Nations briefing released this week predicts that advancing robot tech could actually help bring jobs back to developed countries. But business owners, not workers would see the profits. Meanwhile, workers who specialize in work that is still too complicated to automate — like garment making — have a bright near-future. Their jobs are safe, for now.

Of course, Trump could take a note from Germany and focus on creating more technology jobs instead of trying to recreate the glory days of manufacturing. But his base — working-class white men and women — weren’t calling for him to address the fast-growing, high-skilled sector of the American economy.

Trump’s not mentioned better programs for computer programming and certainly there was no talk of “coding bootcamps” for colleges. For example, it seems like the coveted jobs at Facebook won’t be filled by Trump voters. The technology industry rarely came up during the campaign and Silicon Valley is very quiet today. During debates and speeches, Trump was frequently mocked for appearing to bluster his way through answers when asked about cyber security or anything related to technology. He’s a social media veteran but so far, hasn’t seemed that interested in helping one of America’s leading industries room to grow. He does have one very powerful technology ally, though: Peter Thiel, the PayPal co-founder and venture capitalist.

The way Trump will implement policy around automation is anyone’s guess, but the supporters who boosted him into office don’t seem very concerned.

“Automation is great, it’s the future, and it helps in dangerous situations,” voter Dennis Krause told Inverse at a Donald Trump rally in Manchester, New Hampshire this month. You’ll still need people to control the automation. You still need staff for maintenance. Those types of jobs will always be here.”

Krause isn’t alone. While 65 percent of Americans believe that robots and computers will “definitely” or “probably” take over human jobs in the next 50 years, 80 percent don’t think that their jobs will be at risk.

Before the end of his term, Obama’s administration will release a follow-up report exploring in greater depth the effect of A.I.-driven technology on the economy. Hopefully, Trump uses it to his administration’s advantage.