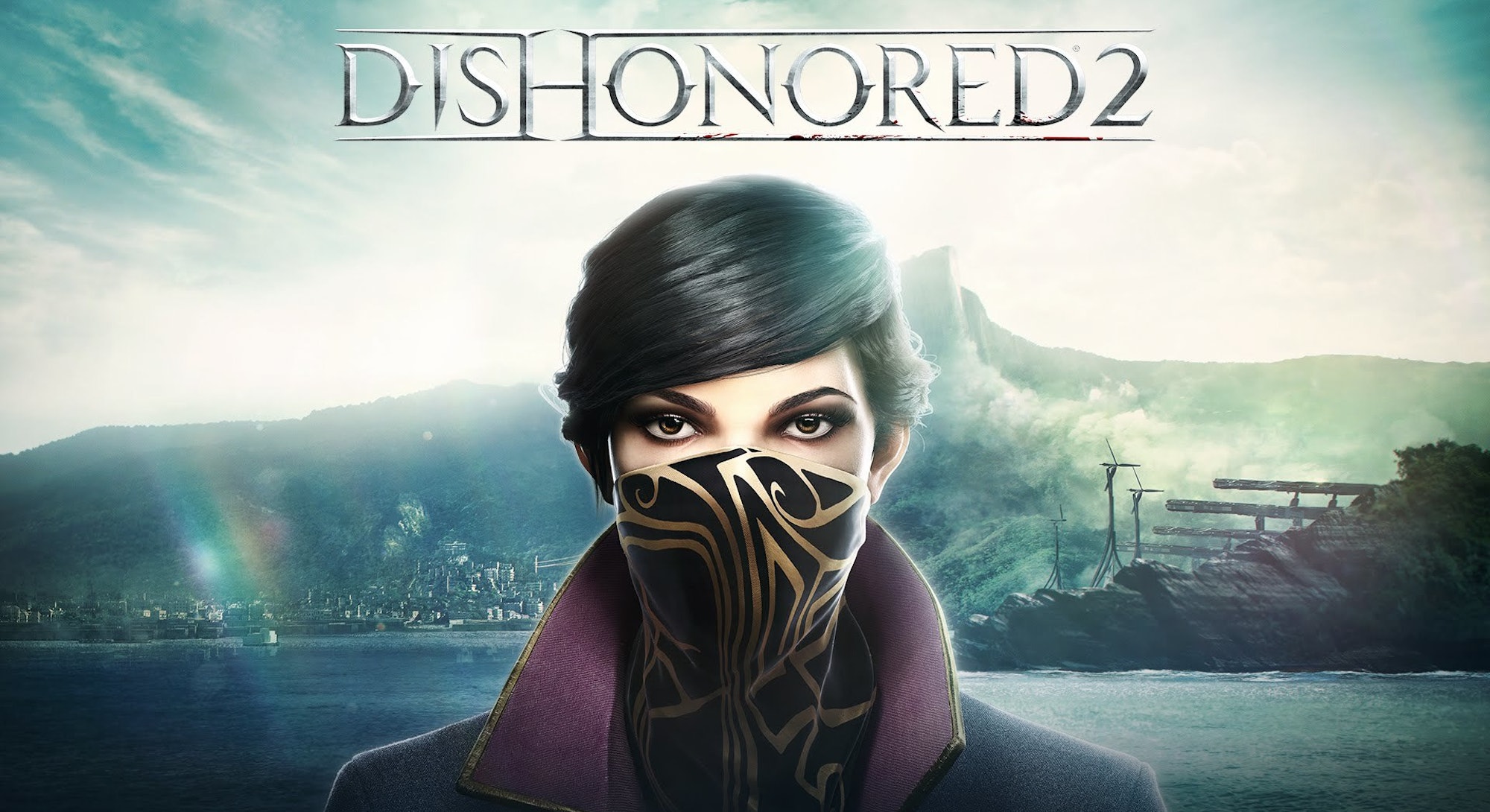 Dishonored 2 is coming, and while it brings forward a lot of what made Dishonored, well, Dishonored, it’s actually moving in a new direction in terms of setting. The game trades the dark and sometimes depressing city of Dunwall for the brighter, more vibrant Karnaca. In large part, the game has Arkane Studios art director Sébastien Mitton to thank for that shift.

And we just so happened to travel back to the roots of the new game in Barcelona, Spain and met with Mitton, arguably one of the most influential art directors of our time. Half-Life? Check. Dark Messiah of Might and Magic? Check. BioShock 2? Double check. Mitton shared with us some insight into Dishonored 2’s art direction as well as some secrets about projects with Steven Spielberg as well as the famously shelved Half-Life 2 episode.

During our day with Mitton in the heart of Barcelona, he constantly stopped, made notes, and took pictures. It’s like his brain never stopped thinking about the endless possibilities of the city laid out in front of him. Not just in terms of art and style, but how his team could push storytelling through architecture and design.

When you walk around the streets of Barcelona, what do you think?

Art is not about dropping some objects into a blank canvas. It’s a combination of everything you can see and feel and smell. This might be Plaça Reial, a beautiful plaza with a big fountain and it’s all very impressive. But for me it’s important to eat the food, talk to the people and to consume the atmosphere. I especially love to talk with people that are carpenters or gardeners. People that build this city, keep it clean, keep it nice. It gives you a perspective on what makes them proud about this place.

Art always transports history and challenges in a very heavy way. There is a reason why we work with thick lines and very polygonal, because they represent harsh times. But people deal with it, make the most out of it, want to have some fun, and Barcelona is perfect for that. It’s different than other major European cities like Munich, Paris, or London. These cities are very hectic, in a rush and everything is in flow all the time. Kind of like New York City. In Spain time stands still for siesta, people gather on the streets to play cards, have lunch together or just talk very loudly. That was very inspiring for the street life of Karnaca.

Karnaca in general is very different than Dunwall, which was dark and had an almost depressive vibe. Why the heavy change in tone?

A change in tone gives you a sense of travel, you go to a different place. From Dunnwall, which was inspired by City 17 of Half-Life, that one of our art designers Victor Antonov worked on, to a more mediterranean climate.

But it’s not just about location, but storytelling: Once a helpless child and heir to the throne, Emily Kaldwin is grown up. She is the Empress, but a coup drives her out of her palace and her hometown to Karnaca, where her father Corvo was born. It’s almost like a journey of growing up, considering that she learned the craft of murder from her father and loves nothing more than running around rooftops and these kinds of good stuff. So she is childish in one way, but a politician in another way.

Karnaca is a journey to a city that she is governed without knowing much about it, especially the divide between rich and poor. And for me personally it’s also super cool for the atmosphere, because it’s all about the heavy extremes.

It’s not just sunny like in Los Angeles, for example, but in one moment the bay is being hit by the sun. Rainy clouds follow, they clash somewhere at the Palau Nacional, the National Palace. So the entire hill is covered in clouds, while the streets below are still lit by the sun. I love that, and it inspired me for this whole idea of the windbreakers.

In general, Karnaca is very much like a Mediterranean city with crescent-shaped shorelines and a giant port. But we also use a big mountain to divide the metropolis into poor and rich. The Karnacans are very tech savvy, this is the heart of the industrial revolution. The peak is cleft in two, with the gap funneling wind towards the coastal city, which they use for power. But there is also silver mines deep in the mountain. They dug too deep, it became fragile, and now the dust is blowing through the streets. The better quarters are protected by windbreakers, the poorer ones less so.

I was actually walking around the quarter of La Rambla, where all streets are very narrow and the roofs are flat. I was sketching it down, put the first concept of a windbreaker on it — the idea was born and so much followed. The skin of all these people is not clean and shiny like in most games, it’s dry and looks unhealthy because of the dust storms. We call it Dust District for a reason.

And art style and architecture and interior design follows. Even the mansions are grand and luxurious, but not in the way Versailles is. But more strict, more industrialized, and modern. With very expensive couches and furniture, but not more than necessary.

It’s so weird and funny, because when people talk about graphics, it’s often about the engine. And sure, your engine needs to be capable of doing all the things you want it to do in terms of lighting and stuff. But at the end of the day what matters is a design that feels right. You don’t have to study design to enter a room in a game and you automatically know if there is something off. It’s my job to not let this happen in Dishonored 2.

Let’s talk about your former work, especially for Valve and Steven Spielberg. It sounds cool to work with these guys, but how was it to meet them, work with them and then they cancel the project?*

Life as a game designer, you gotta deal with it. I can’t count the hours I’ve put into work that will never see the light of day and yes, it hurts. It would be like you would just research and write the story of your life over months and years and all in a sudden someone presses “delete all.”

Return to Ravenholm was first supposed to be a prequel, taking place before the end of Half-Life 2: Episode 2. I was responsible for designing Ravenholm and there was supposed to be a huge headcrab epidemic. You were not playing Dr. Gordon Freeman, but a different, very interesting character. But I guess I can’t reveal the name because contracts and stuff. Valve axed the project, because they thought that headcrabs and the location were already played out, but we had some interesting and unique ideas for that. Maybe Valve will release them at some point, who knows.

Even more interesting was your involvement with Steven Spielberg, who is a frequent guest at E3 and watches a lot of reveal presentations with the press …

We were contracted to work on Project LMNO, which was a codename for a super ambitious game. It was EA’s and Steven Spielberg’s dream to make players cry when playing by pushing the AI to its absolute limits. The team had big names on it, people that worked on Tomb Raider, System Shock, Thief, and, well, us — Arkane Studios.

The big question in the room was: Can a game make you cry like a different piece of art? A movie or a book? We now have some of these games, Heavy Rain is probably a bit comparable. We had none in 2004 though.

It was supposed to be about a person called Lincoln and an alien lady called Eve, that you have to break out of an Area 51-styled military base. The gameplay was a mixture of light role-playing and adventure to uncover information — think Broken Sword — followed up with escape gameplay, where you have to run away from helicopters, SWAT teams, and enemies too powerful to fight face to face.

At what point did you met with Steven?

One day we were doing the review, and I decided to recreate the famous truck from his first movie Duel, and I was hiding it within the game. And when Steven was playing the game for review he looked around, wasn’t able to find the truck, but there was the sound from the car out of his first movie. And he was like, “Wait a second, I know that sound.” And he was looking around and super happy, when he finally found the truck.

And it was really interesting, because we were experimenting with a dynamic camera and Steven basically placed the in-game camera like he would do it in a movie. Very precise, he took his time and did a nice framed picture. I mean this would have been one of the first games with an included screenshot feature, right? I’ve learned a lot about framing and how important the camera angle is to present your art and your setting. So even though LMNO unfortunately was canceled, I’ve learned quite a bit out of it for Dishonored and Dishonored 2.