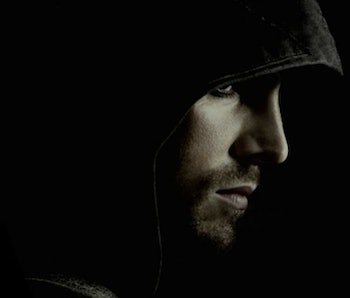 On Wednesday, Talia al Ghul, one of the most famous characters specifically out of the Batman-mythos, was announced as an upcoming character on CW’s Arrow. Talia, of course, has a long-standing relationship with Batman in the comics, and in Rebirth, mothers his son Damien. With all of these Gothamite elements seeping into the “Arrowverse”, why not just introduce Batman already? It’s time.

Actress Lexa Doig will play Talia, an international assassin, half-sister to Arrow regular Nyssa al Ghul and daughter of Batman villain Ra’s al Ghul. She’s a big deal, and the fact that she’ll be getting a multi-episode arc must mean that she has some big plans for Oliver Queen and his buddies. She’s also the latest crossover from the Batman universe entering Arrow: Wayne Tech, Gotham, and a bunch of other Batman easter eggs have already appeared across CW’s many DC superhero shows. The only thing missing is the caped crusader himself.

And really, there’s no reason he shouldn’t already be on the show. The Arrowverse already has a Superman, so what’s the hold up?

When the CW already broke the unspoken rule, introducing one of the “Big Three” by bringing in a new Superman to Supergirl, the network opened the door to a character like Batman.

Unlike the Marvel Cinematic Universe, which seems intent on keeping its films separate from the television shows, the CW has no such problem mixing and matching DC heroes in and out of their shows. The fact that there is a separate Flash for the Arrowverse and the DC Extended Universe already complicates how closely these two DC universes are related to each other. And while The Flash can be content hand-waving their paradoxes through the magic of time travel, it’s becoming increasingly clear that the CW DC shows are their own powerful, self-contained universe.

As these shows continue to be independently successful of the larger DC universe, it’s not hard to imagine the network branching off its own version of Batman, Superman, or Wonder Woman, regardless of whether or not they have the brand name of Ben Affleck attached to it. And while the existence of Fox’s Gotham further complicates the chances of Batman’s appearance on the CW, that show also has some strange ideas about how it treats its young Bruce Wayne, leaving the door open for a proper Batman in a proper DC universe.

So while fans will get to watch Talia al Ghul later this season, she could just be the beginning of what could be more Batman characters in Arrow.