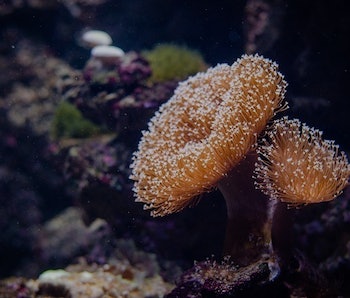 Earlier this month, Outside ran an obituary proclaiming the death of Australia’s iconic Great Barrier Reef. The reef had just suffered the worst bleaching event in its history, with 93 percent of its corals going from their usual kaleidoscope of color to a chalky white, thanks to unusually warm water temperatures that make the coral ditch the symbiotic algae that gives them their characteristic color and doubles as a source of food.

While the obit was sensational and achieved its goal of trying to lasso in attention to the Great Barrier Reef, it wasn’t exactly true: Scientists insisted that, while things look dour at the moment, there’s still hope for returning that ecosystem to vibrant display of diversity that made it famous. Bleaching does not always result in death; algae will return to a coral if temperatures get back to normal fast enough.

But for many of these algae, the bleaching was fatal: According to the latest reports, more than half of the coral in the northern third of the reef is dead.

The Great Barrier Reef is often called the largest organism on the planet, but to think of it as a single living thing is both inaccurate and unproductive. Reefs are ecosystems, and ecosystems are resilient in a way that organisms are not — under favorable conditions, a coral reef can come back from the dead.

For all the hand-wringing, reefs can be surprisingly resilient in the face of major stress events. A major storm might roll through and tear up the place. A large amount of sediment could wash over the reef, smothering the coral. An invasion of crown-of-thorns starfish might set up shop and munch away at the coral until there’s almost nothing left. Saving the Great Barrier Reef — and all other reefs around the planet — is not about protecting the lives of individual coral; it’s about restoring the environment to conditions that promote coral health and coral growth.

Recovery after a major loss is a long, slow process, but it will happen over time if the underlying conditions are healthy. Recruitment of new young corals on the reef might begin in a year or two, but if you lose a 200 year old coral, it can’t be replaced for at least 200 years, Robert Richmond, director of the Kewalo Marine Laboratory in Hawaii, tells Inverse.

But if all the corals manage to move back in over the coming years, don’t be lulled into thinking everything is fine, either. Too many stressors can add up to something insurmountable, something that could dismantle and displace all the reef’s inhabitants — and even the structure of the reef itself — and that’s the path the planet is currently on.

The world’s coral reef cover is already in serious decline. By one estimate, 27 percent is already gone, and the majority of what’s left is severely threatened.

It sounds bad, but preservation and even recovery is entirely within our means. It will take attention and action, but coral reef scientists are optimistic that the current trajectory can be reversed.

“I’m confident that we could, if we as a species decided that that was a priority,” NOAA oceanographer Rusty Brainard tells Inverse.

Climate change can’t be solved overnight, but many of the other sources of reef stress can be immediately dealt with resources and political will. That means ending overfishing on reefs, which takes away the herbivorous fish that eat back the fleshy algae that competes with coral for space. That means reducing levels of chemical pollution in the water, including from fertilizers in agricultural runoff that promote algal growth, and sunscreens that contain compounds that render coral infertile. That means changing land use practices that promote erosion, which can increase sediments in the water and suffocate reefs.

“If we return their environment to a healthy place, then the reefs will come back,” writes marine biologist Greta Aeby in an email. “Look at the example of Kaneohe Bay, Hawaii. We were dumping sewage directly into the Bay, which led to eutrophication and the seaweeds overgrowing and smothering the corals. The result was severe damage to the reefs. We quit dumping sewage into the bay (it’s now piped offshore away from corals) and with time the corals, fish, etc. returned to a healthy condition.”

Climate change is a harder problem to tackle, and it compounds the urgency of dealing with the more localized stressors. Not only will warmer water make bleaching events more common and more severe, but ocean acidification threatens the ability of coral to produce the calcium carbonate, which makes up the structure of the reef itself.

How resilient corals will be in the face of these changes is a big unknown, but it’s certain they will do worse if they are also dealing with other chronic stressors, and they will do worse the longer humans keep pumping massive amounts of carbon dioxide into the atmosphere.

The plight of coral reefs is not all that different from the plight of every ecosystem on the planet today. Everywhere, environmental changes are happening faster than species can adapt, and more and more scientists have reached the conclusion that we’ve entered the planet’s sixth mass extinction event.

Prior mass extinctions have wiped out as much at 90 percent of the species on the planet. In all cases, stabilization and recovery took thousands if not millions of years. The Earth that emerged on the other side looked very different from the one before.

But this one is unique in that it has been caused exclusively by human actions. That means we alone have the power to decide how bad we’ll let it get before we commit to really turning things around.