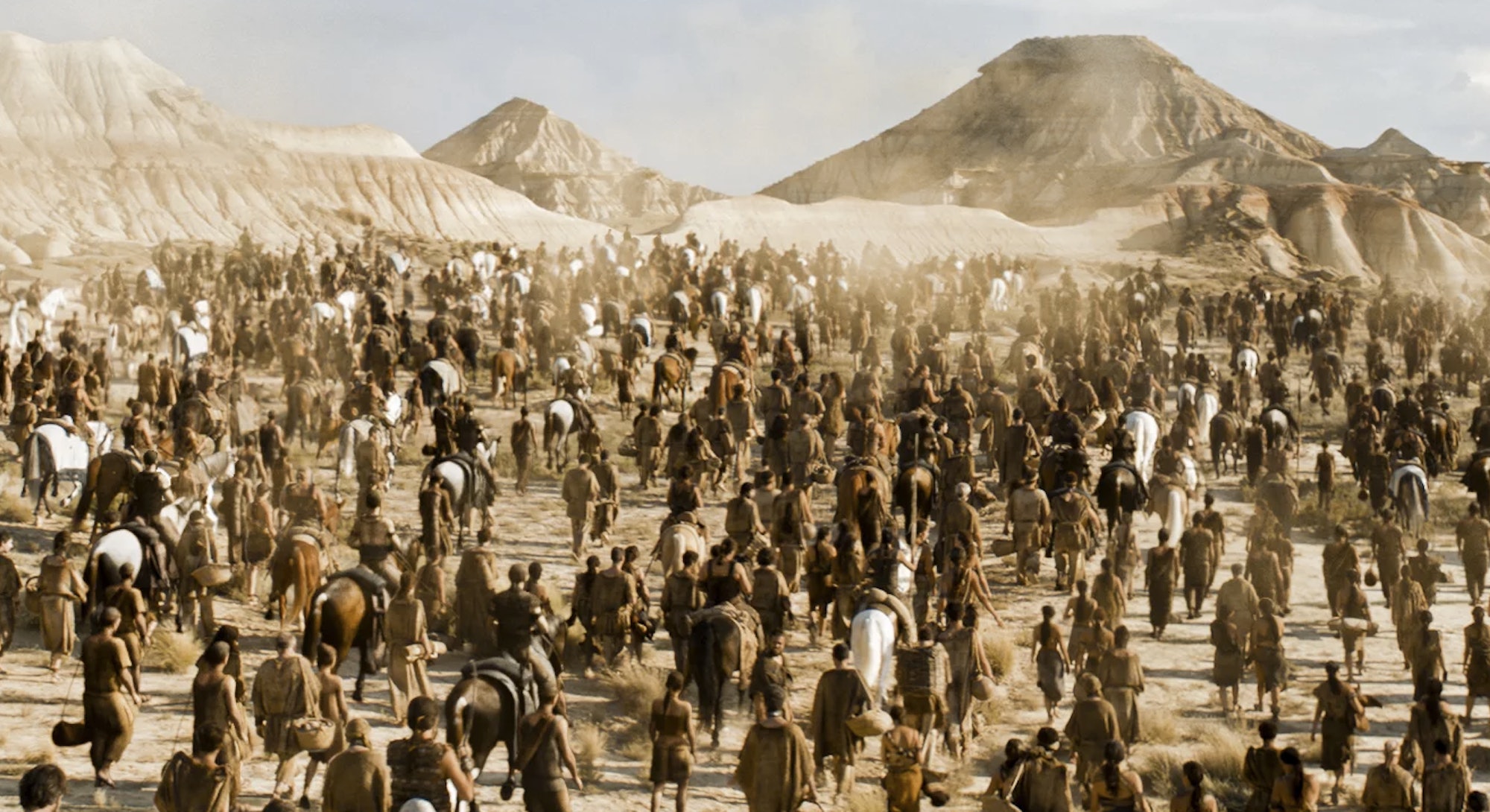 A Game of Thrones now describes a composite universe, an auteurist diorama stretching in front of a fan-art mural. It’s a world governed by self-appointed and hired demigods that sit alongside George R.R. Martin in a dingy pantheon. David Peterson is this world’s lord of language. Peterson is the creator of Valyrian, Astapori Valyrian, and Dothraki — as well as the Living Language Dothraki course now on sale as part of the Game of Thrones 20th Anniversary Box. Perhaps the world’s most prominent “conlanger,” or creator of fictional languages, Peterson has become a sort of SoCal Philarios.

Because Game of Thrones — both the show and book series — is fundamentally about the scope of history, Peterson’s job isn’t over. He can’t just be the father of languages; he also needs to feed his beasts as time passes. Languages, like dragons, have to grow and be set free.

The founder of the Language Creation Society, Peterson hasn’t limited his efforts to Essos and the Land of Always Winter. He’s done work for a number of series, including The 100, Defiance, and Dominion. He’s also working on a movie, but he can’t talk about that publicly just yet. What he can talk about is what’s next for Dothraki, the language that seems to perfectly capture the wildness of Martin’s vision.

Inverse spoke to Peterson about how Dothraki became a living language, where exactly it lives, and how it could evolve going forward.

Game of Thrones the show has overtaken A Game of Thrones the book series. And we know that the Dothraki horde is going to Westeros. The horsemen are going to see a lot of new things. As the person responsible for their language, how do you prepare them for a new land?

Usually one of two things happens. If it’s something that they think is important enough that they respect it in the sense that they know that other people find it so, usually they borrow the word. The word for “book” was borrowed from Valyrian. If it’s something they don’t really respect, then they come up with their own word for it. That’s how we get the term “water cart” for boat. They really don’t hold with water, especially not the ocean, so they come up with their own epithets for that.

There’s probably a bunch of stuff they’ll see that’s totally new. They’re going to come up with their own terms for it based its interactional properties: how it looks, how it smells, and how people use it. For all of that stuff, it’ll be a whole bunch of new compound words built up from previous Dothraki.

And so presumably you had to spend some time creatively coming up with those phrases.

These are my languages. This is what I do to have fun, so I come up with words whether I need to for the show or not. I’ll continue to even after the show is done.

It seems like you really retain authorship of the tongue. Does anyone help with the script translations so you can focus more on language development?

Let’s dig into the technical stuff. How do you actually go about translating lines written in English into Dothraki?

I maintain my own dictionaries using Pages on my Mac, kind of the Mac equivalent of Word, which I really like. The only catch is that I have to use an old version for a very crucial reason. Whoever is in charge of Pages, in their infinite wisdom, decided to get rid of document internal links. They don’t support them any more, which is totally incompetent. Why you would advance a program and take away features? Anyway, it matters because the whole thing is set up like a dictionary. At the beginning there’s a list of all the letters in alphabetical order and this little condensed table of contents: if you click on a letter, it let’s you jump to that section of the document, which is over 300 pages long.

The same is true of the English to Dothraki side of the dictionary: Each letter links to all the letters on the other side and links back to the Dothraki dictionary. It also links to the grammar section.

You seem genuinely annoyed about the software. I guess you really need it to work.

It totally frustrates me. When I export this to PDF and send it to like the people in production, the links need to be there so they can use them as well.

So what does the final, translated package look like?

I translate the material and, in a Final Draft document, I include the character names, the line as written in English, the translation, and a phonetic line that breaks it down syllable by syllable with all caps to indicate where the highest intonation is supposed to go both in the word and in the sentence. And then, below that, I do a word for word translation of the line so that the actors know what each word means if it doesn’t line up with English. And then there are MP3s associated with each line. I record every single line basically the way they’re supposed to speak it on the shoot. Then I do it slowly, and then I give the line in English for reference.

How do you do the recordings?

When you hear the actors saying the lines youve translated, can you hear which of them speaks Dothraki the best?

So when it comes to the created language, the vocabulary is my part, but then it’s up to them to bring that unique accent and voice to it. And so for the most part I really like what they do, even when they say it different. You know Jason Momoa’s Dothraki is very, very different from Amrita Acharia’s Dothraki. She played Irri, Dany’s handmaiden in the first two seasons. But they were both just really excellent, really excellent.

Can you speak the language without referencing the computer?

What is your level of involvement with the books? Has Martin talked to you at all?

He has asked me for translations. He also has all of my materials so he can use them on his own. And he’s actually quite adept at it. It’s not something that everybody can do, but he’s pretty great at using the dictionary as a reference.

Here’s what I think. First of all, High Valyrian is essentially already a dead language. It’s given birth to nine other languages that are spoken on the eastern continent, and I imagine that those languages would continue to survive on if the world advanced to the modern day. I think that the old tongue, there’s no trace of it. Maybe in like a village here or there but that’s it. Let’s see. Dothraki I think would also survive, it just wouldn’t be as widespread. That would actually be really interesting. Maybe some day in the far future they’ll do a Game of Thrones show like 600 years later.