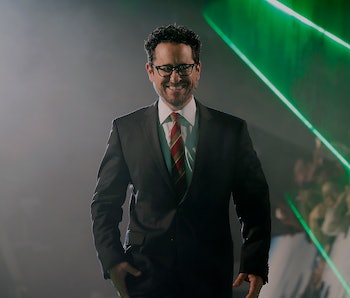 Director J.J. Abrams is returning to the film universe he started with 2008’s Cloverfield with a new film called God Particle due out early next year.

According to The Wrap, the film is about a team of astronauts who make a “shocking discovery” and end up in some sort of altered reality.

God Particle — which if it keeps its current title would be the first in the series not to explicitly have “Cloverfield” in the name — is scheduled for release on February 24, 2017.

The film was directed by Julius Onah. Abrams is producing.

According to The Wrap, Abrams and Paramount Pictures are planning on releasing a new Cloverfield film each year as they develop a shared universe. Thus far, the actual connections between films haven’t extended to much more than a name, so we’ll see if that changed in the upcoming film.

Paramount will show some footage of God Particle to reporters in New York City on Thursday and in Los Angeles on November 2. It’s unclear if that footage will be made public, since Abrams always seems to keep these movies under wraps as much as he can.