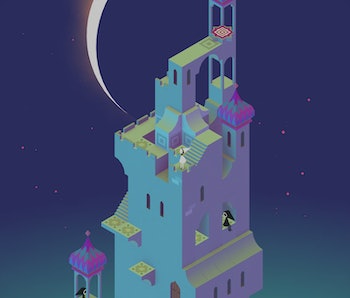 Playing games is a great way to kill time on a long plane ride or monotonous commute. Unfortunately, a lot of these games require a steady internet connection just to play them which isn’t always a possibility when you’re flying a mile high or traveling in a foreign country. Thankfully, there’s still a nice selection of top-notch mobile games that you can play offline. Let’s take a look!

Sorcery! and its three sequels are video game adaptations of Steve Jackson’s old-school fighting fantasy choose-your-own-adventure books. The story changes depending on the decisions you make in the game, and battles play out based on text-based choices you make that are linked to your attack power and energy. It’s a clever way to bring these books to life, and Inkle’s gorgeous pen and ink artwork lovingly recreates the fantastical imagery of Steve Jackson’s original novels.

4. You Must Build a Boat

If you’re familiar with 10000000, the gist of EightyEight Games’s You Must Build a Boat is pretty easy to grasp in this much improved sequel. On the surface. it’s a match-three game like Bejeweled, but it’s also much more than that. As you might have guessed … you have to build a boat. To do that you’ll need to gather a crew, collect treasure and money, and gather other necessary supplies by completing in-game puzzles. Building up a ship full of creatures and odds and ends you’ve collected on your adventures will keep you addicted long after your battery runs out. Hope your airplane seat has outlets!

While Plants vs. Zombies has spun off into a number of equally charming iterations, the original Plants vs. Zombies remains a classic. If you haven’t played it before, you’re in for a treat. It’s classic tower defense as you plant rows of plants across lanes to stop the zombie horde from getting into your house and eating your braiiiiiiiins. Plants can pair up in clever ways to perform special attacks, adding layers of fun.

2. Knights of the Old Republic

BioWares classic RPG laid the groundwork for many of its future titles when it was released on PC and Xbox in 2003. Now you can bring it with you everywhere you go thanks to the iOS and Android port. The game made the move to mobile pretty smoothly so you can relive this surprisingly nuanced tale set in the Star Wars universe.

Monument Valley is as gorgeous as it is fun to play. Players complete a series of architectural puzzles, changing perspectives and shifting shapes here and there to guide Princess Ida to her destination. There are plenty secrets to uncover in [this gorgeous world]((https://www.inverse.com/article/10787-the-year-s-most-emotional-mobile-games-ranked), and although the adventure is short, you’ll probably come back to it again and again.

More like this
Gaming
6.23.2022 12:30 PM
Known gamer Ted Cruz would love these 6 pay-to-win games
By Willa Rowe
Gaming
2 hours ago
Everything we know about Tower of Fantasy, the upcoming Genshin Impact rival
By Jess Reyes
Gaming
6.22.2022 5:30 PM
Diablo Immortal is one of the decade's biggest gaming letdowns
By Steven Asarch
Related Tags
Share: