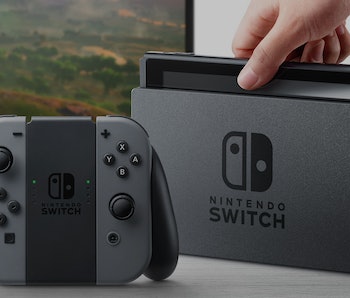 As part of Nintendo’s reveal of the Nintendo Switch, previously codenamed the Nintendo NX, the trailer includes a number of theoretical situations where the console-that-becomes-a-handheld gets used. All of them feature 20-somethings casually enjoying the fact that their new console can form into a new kind of console, but … who is this for, exactly?

Every single situation within the trailer seems premised on an adult with little responsibility beyond hanging out, partying, and ignoring their dog. (It’s all meant in good fun, but that one dude really needs to play with his dog. Just saying.) This carefree attitude is showcased while folks play some kind of new Mario and the upcoming The Legend of Zelda: Breath of the Wild. It’s pretty homogeneous, overall.

And there’s no kids.

This is weird because Nintendo’s pretty commonly known for being the friendliest of all console manufacturers to kids. The Wii, Wii U, and 3DS are regularly associated with kids. The games that come out for those consoles are regularly targeted at kids, what interests them, and often consider how better to accommodate them. Even Nintendo’s approach to online multiplayer and accounts seem to put kids first and everyone else second.

None of this is to say that the console won’t cater to young folks at all but that the initial marketing makes it pretty clear that this isn’t being sold to them. Skyrim on the go is a clever way of indicating “this is pretty powerful, and has grown-up AAA experiences” without explicitly saying that. The same goes for the inclusion of Splatoon eSports right off the bat; Nintendo is saying that the Switch is a professional, powerful machine.

The proof is in the pudding, of course, so March 2017 will really showcase what the Switch is and is not, but the company seems to be aspiring to more. More mobile, more serious, but still fun. Still light and playful, but with an attitude that understands a lot of the market has aged since the launch of the Nintendo DS or Wii. Well, Nintendo’s aged with them.