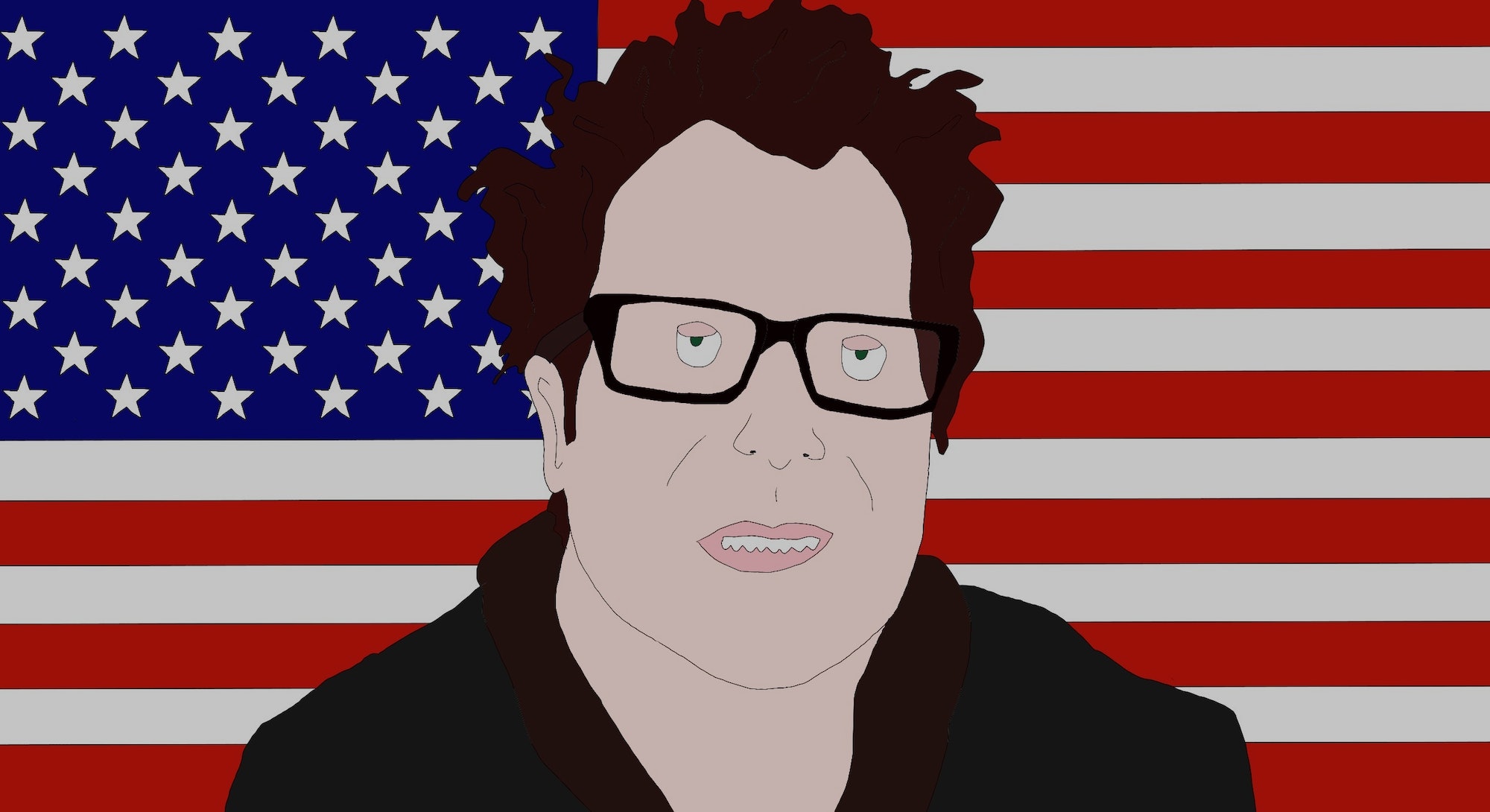 Vic Berger has had a long, weird year. From the primaries to the present, the satirical videos he’s edited of huge political personalities for the alt-comedy collective Super Deluxe have taken the piss out of the election madness and made him a star.

From the get-go, Berger’s brand of recutting bizarre celebrity videos into things alternatively silly and weirdly poignant, attracting collaborators like Tim and Eric. This time last year, Berger was a video editor with a cult following, with a diverse and bizarre group of favorite subjects that included Chubby Checker, televangelist Jim Bakker and Tonight Show host Jimmy Fallon. Then, once election season began to kick up, Berger’s edits of Trump steamrolling the opposition in early nominee debates were posted on Super Deluxe and became viral hits. They were one of the only things to look forward to after yet another political firestorm. A few year-old election videos and a significant New Yorker profile later, Berger’s at the top of his game and has a bigger audience than ever.

Unlike other comedians who have satirized this absurdist election, Berger’s work is crafted around footage of the candidates and their actual statements. Whether it’s a heartfelt sendoff to the meek Jeb Bush or the amped-up recuts of the recent debates, Berger videos are unlike any satire out there right now, and the demand for it is higher than ever in the final days leading up to the election.

We can expect plenty more excellent stuff from him before the day of reckoning, but as he told Inverse during a rare, spare moment, he’s also excited for his life-post election (assuming we avert an Apocalypse).

Are you excited for the election to be over?

Extremely excited. Cannot wait for Trump to fly back to his tower and disappear. He’s been so hateful and negative and brought out the worst in everyone. But I do thank him for the hours of ridiculous footage he’s given me to work with!

This series of political videos has sort of been your big breakthrough project. How has your audience changed in the past handful of months?

Well, thanks to my early edits of the Republican debates where I had Trump relentlessly bullying everyone, fans were from both sides of the aisle, which is nice! But I wasn’t really happy to find that the horrible pigs in the so-called “alt-right” had taken a liking to my videos that had Jeb in them, where Trump would call him a mess and other mean things. Those dummies misinterpreted my work, thinking I was making these pro-Trump videos, when in fact I was just amplifying his hateful routine to make it funny. Underneath it all I was trying to point out how scary it is that people actually support this monster. I think those alt-right dum-dums latching onto my videos says something about their mentality. (They’re not smart.)

A few months ago, my videos started to be a bit more pointed and maybe a little more obvious that I was being critical of Trump. I started using Trump’s own words against him and showing him constantly contradicting things he was telling his followers. Every day I get people telling me how much they hate my new stuff and should go back to making Jeb debate videos. But again, their stupidity shows because Jeb isn’t in the race anymore! C’mon. Jeez oh man.

Was working in political satire something that was on your list of things to do when you started editing?

No, it really came about because I needed the footage. I mainly work with existing video which comes from the television or sites like YouTube, so I need to have material to work with. There was tons of footage available and the debates and election was on everyone’s minds, so it was natural to move to politics. I never set out to call myself a political satirist. I don’t really want to be labeled as just that because I think I have lots more to offer the world!

You worked a series of other jobs before landing on editing. Is this the last stop? Is there anything else to check off?

It’s certainly crazy to be able to do what I’m doing as a living, and if you asked me a year and a half ago what I thought I’d be doing for work today, I would never have guessed this. Until I started working for Super Deluxe, I just never thought I would be able to figure out how to turn my creativity into a career. I could never figure out what to do with my songwriting and the hundreds of songs I recorded, so I’d love to revisit the music at some point. I miss it.

I don’t always want to be stuck behind a computer all day. As much as I love making these things, I think down the line I’m going to want to figure out a way to evolve what I’m already doing and make something bigger, if that makes any sense? Who knows, though. Maybe people will get sick of my videos and no one will watch them and I’ll end up having to beg my old boss for my job back! (As you can see, Trump’s constant pessimism has been rubbing off on me.)

Are there any concepts for the political videos that you’ve scrapped?

Just off the top of my head, I think the concepts I’ve scrapped are videos or Vines where I tried to edit the candidate to say something they didn’t really say. I really try not to put words in their mouth, or if I do, I try and have it be something that would not be that out of line for them to say. For instance, Trump never actually said “Jeb is a mess.” I made him say that. But it’s not far off from something he would say. He’s always saying “the country is a MESS” or “my sexual assault accusers are a MESS,” so why wouldn’t he consider Jeb a MESS? It’s true, though. Jeb IS a MESS, believe me. I think that if you sat down with Jeb and had a couple whiskeys together, he would open up and start crying and admit to you that he really is a big fat MESS. What a shame that guy is. What a MESS.

Are you and Jimmy Fallon ever gonna get into a fistfight?

Only if he swings first. If he swings, then I’m going to start knocking him around a bit.

To be honest, I’ve never been in a fight. Jimmy would put me out with one punch. Just don’t break my glasses, Jimmy. I’m blind without them. Okay, Jim?