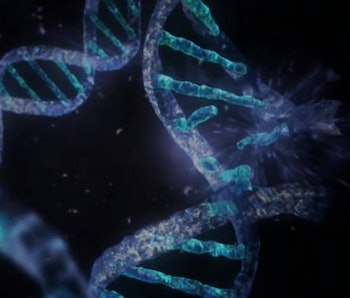 There is no shortage of evidence underscoring the fact that space radiation is one of the biggest obstacles preventing NASA and others from finally sending humans to Mars. And now there’s more bad news: new results from a team of oncology researchers from the University of California, Irvine suggest the doses of cosmic radiation astronauts could be exposed to en route to Mars could create a wide array of neurological damage and impaired cognition.

The study, published Monday in Nature’s Scientific Reports, exposed rodents to charged particle irradiation that emulates the levels of cosmic radiation found in deep space. The research team found that the rodents retained evidence of damage even six months after initial exposure — leading to what the researchers term “space brain.”

The effects of space brain included physical damage in the form of brain inflammation and neural damage that illustrated decreased connections between neural networks. This manifested into behavioral problems, including deficient task performance and memory loss, as well as increased anxiety and signs of stress.

“The inability to moderate reactions to certain unpleasant stimuli could elicit elevated stress, anxiety and otherwise disadvantageous responses in unexpected or emergency situations,” the study authors wrote in the new paper.

When it comes to humans in space, “such conditions could clearly be problematic for astronauts and their capability to efficiently operate over the course of a deep space mission,” the researchers wrote. “[I]mpairments in executive function point to further potential complications in conducting complicated multifaceted tasks or in decision-making under stressful situations.”

There are obviously a few caveats worth emphasizing here:

Nevertheless, the study is yet another call for us to hold our horses — or rather, rockets — and figure out a way to make sure whatever brave souls we blast off towards Mars are able to come back with a safe bill of health.