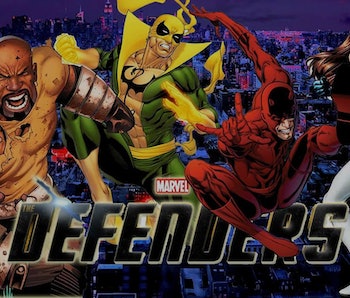 When Luke Cage walked away from his relationship with Jessica Jones to go off and star in his own Netflix series, many were disappointed to see one of the original heroes for hire disappear from the show. We knew that the pair would eventually reconnect, not only as part of the Defenders, but because their connection could never be silenced by the likes of Kilgrave, or the other shows on Netflix.

We don’t know when or how the two will reconnect, but ‘Jessica Jones’ showrunner Melissa Rosenberg says we can expect the second season of Jessica Jones to be different than the first — capitalizing on both Luke Cage and The Defenders. “There are new, surprising elements to all the characters,” Rosenberg says. “New and surprising relationships, who comes into each other’s orbits and why. No one is interested in having our characters keeping on doing the same things in the same ways.”

Rosenberg has already started developing the second season of Jessica Jones, but the season is not going to be released until after The Defenders mini-series, which will bring together Daredevil, Luke Cage, Jessica Jones, and the yet to be seen hero Iron Fist. As for surprising relationships, comic book histories pair Iron Fist with Misty Knight, who is making her first appearance in Luke Cage Season 1. That pairing may pave the way for Jessica Jones and Luke to find each other again, but for now, it’s all up in the air. The new series will surely have some large effect on Jessica Jones, as Marvel will finally connect all the Netflix heroes, who somehow fight crime in the same city and haven’t yet run into each other.

We’ll have to wait a while before we see what changes are brought to Jessica Jones, but for now, we can rest assured that the show is not going for simplicity or following a formula that works. They’re branching out and trying new things and it will be exciting to see what happens in the coming years.