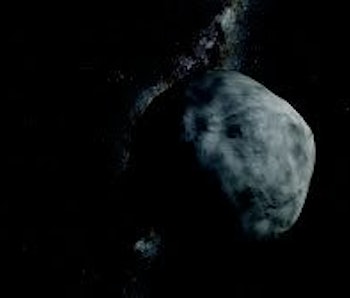 The Kavli Foundation hosted a webcast Tuesday with a trio of experts on NASA’s OSIRIS-REx mission to the asteroid Bennu, canvassing everything from the logistics of collecting asteroid samples to the likelihood that Bennu will ever collide with Earth.

OSIRIS-Rex, which launched earlier this month, will arrive at the asteroid Bennu in 2018, where it will collect about four and a half pounds of rock and soil. If successful, when it returns to Earth in 2023 it will bring not only the first asteroid sampled ever collected by the United States, but the largest extraterrestrial sample since the Apollo program brought us moon rocks 50 years ago.

Bennu was selected for this mission because, in addition to holding a convenient orbit, its pristine nature allows us to sample the “earliest chemistry of our solar system,” said MIT professor Richard Binzel.

Bennu is often referred to as a “time capsule,” an unheated, unprocessed record of the last 4.5 billion years. OSIRIS-Rex is the purpose-built instrument for the tricky business of getting that information off Bennu and safely home.

“If we think of O-Rex as a person, the solar arrays are its arms, the high-gain antenna is its mouth that it uses to communicate to the Earth, and on top of its science deck there’s a sample return capsule, and that’s the thing that will be used to send the sample back to Earth safely. Behind OSIRIS-Rex, almost like a scorpion’s tail, is the sample arm that will reach out, kiss the surface of Bennu, and gather the sample,” Binzel said.

Because Bennu doesn’t have a strong gravitational field, its surface is actually too difficult to land on – meaning, the sample arm gathers the material in a series of surface-grazing “kisses.”

This mission also marks the first time a thermal emissions spectrometer will be sent to an asteroid. Beth Clark, the mission asteroid scientist for OSIRIS-Rex, explained that the device measures thermal physical properties of the surface to determine its infrared composition, as well as the thermal inertia of the surface.

“This is a very interesting property, because it turns out it influences the orbit of Bennu over time,” Clark said.

The O-Rex team has four criteria for selecting the sample site: it must be safe, accessible, sample-able (meaning enough gravel-sized material for the arm to capture and stow), and above all, scientifically valuable.

Scientists will look to this sample to answer a number of questions. Are the amino acids of a different chirality than what we’re used to? What do the ratios of organic hydrocarbon molecules tell us about star-forming regions? How complex was the carbon chemistry of our solar system at its earliest stage? The scientists think they’ll find organic samples, though both Binzel and Clark said they doubted there would be water.

At the end of the 22nd century, Bennu’s orbit will at last bring it close to Earth – but how close, exactly?

Binzel, who created the Torino Scale to categorize impact hazards for objects like Bennu, says we shouldn’t be too worried — the odds sit at around 1 in 2,700.

“The chance of impact is so far in the future and so small, really, that it doesn’t even rank on the scale, so that’s good news,” Binzel said.

For what it’s worth, a Bennu impact would make around a three-mile-wide crater – nothing on the asteroid crash 65 million years ago that took out the dinosaurs. That rock was about 20 times the diameter and 80,000 times the mass of Bennu. So if Bennu did crash-land, it wouldn’t be the literal end of the world – just, as Binzel put it, “a really bad day.”