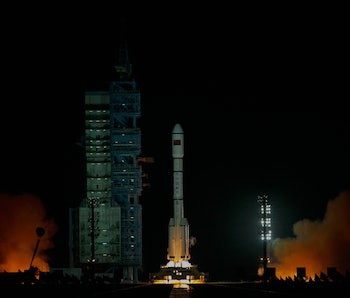 China’s Tiangong-2 space station, successfully shot into orbit 11 days ago, is billed as a “brand new space laboratory” — and with a payload of experiments, including a spiffy new atomic clock, that’s an appropriate label. One of those experiments indulges in the country’s quest to develop the perfect wine, and for that reason, Tiangong-2 has onboard a select variety of cabernet sauvignon, merlot, and pinot noir vines.

Why? Well in recent years, China has worked to make the vast, open landscape of Tibet, the Gobi desert, and Ningxia province into Asia’s wine country. Unfortunately, the country has experienced limited success, due to the harsh climates.

China’s scientists are hoping that the vines up on Tiangong-2 will be exposed to high enough doses of cosmic radiation to cause genetic mutations that might imbue resistances to the more extreme environmental conditions typically found in China’s growing vineyard communities.

In Ningxia, for example, temperatures can plummet down to -15 degrees Fahrenheit during the winter season. That’s hardly an optimal climate for wine production. 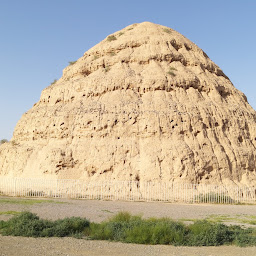 Hardier vines could be much better at withstanding the cold temperatures and brutal droughts that typically decimate wine production processes.

After an unspecified time, the vines will be returned to Earth and tested for resistance mutations that could prove extremely useful to China’s burgeoning wine industry. In the future, we may see China’s fortify itself as the wine capital of the world — and if so, it will be thanks to outer space.