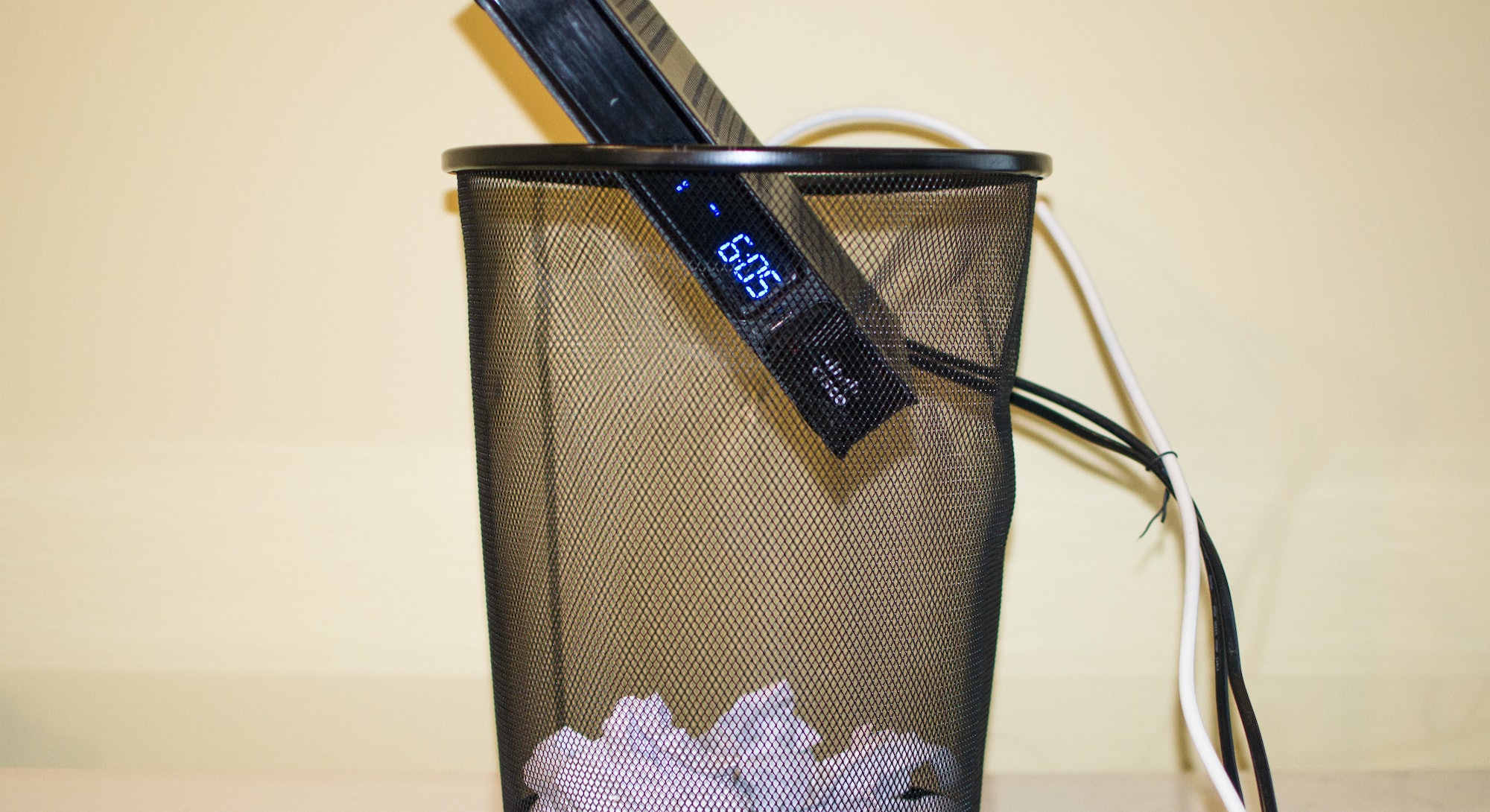 A long-awaited moment for cable TV customers may come this week if federal regulators vote to untether set-top boxes from subscription packages.

The Federal Communications Commission meets on Thursday to vote on a proposal from chairman Tom Wheeler that would open up the market by requiring cable companies to allow any company to make a set-top box that you could run your cable through. Currently, customers have to lease the box.

It’s been a long road to this vote. The FCC was ordered by Congress to create competition in the set-top box industry with the Telecommunications Act of 1996. In the two decades since, the FCC and the cable have wrangled over over it. But with the emergence of streaming technology and cord cutting, the cable industry’s grip on the market has loosened.

What’s more: A U.S. Senate study last year found that 99 percent of Americans rent set-top boxes. The average cost of these rentals is $231 per year; television providers are said to make more than $19.5 billion annually via these rental fees. Because cable companies are able to make so much money this way, and because they control exactly what devices are able to communicate with their networks, there’s no incentive to innovate.

That Senate study prompted Wheeler to introduce a new proposal in February to satisfy the ‘96 mandate. The proposal was meant to do two things: 1. allow people to purchase their own set-top boxes so they could avoid expensive rental fees, and 2. open the market so manufacturers could experiment with new tech. “This might sound like an easy proposal for the FCC to pass,” you might say. But. It. Isn’t.

The cable industry isn’t happy, and it’s quietly pressured the FCC to vote against it. Because the five-member FCC needs a three-vote majority to pass new proposals, this pressure could make or break the pivotal swing vote.

It could come down to one person:

This vote is precarious because FCC commissioner Jessica Rosenworcel is up for confirmation this year. Democrats supported the confirmation of Republican commissioner Michael O’Rielly in 2014 without contest — a rare move — because the Republicans promised to do the same for Rosenworcel. That didn’t happen. O’Rielly was confirmed and Rosenworcel’s confirmation has been repeatedly delayed. Her job hangs in the balance.

“I’m going to be very candid here that I have some problems,” Rosenworcel told the Senate this month when asked for her opinion on the cable box proposal, reports The New York Times.

“There’s a possibility that senators are looking to how she votes on this to decide whether she gets to keep her job or not,” says Mitch Stoltz an attorney with Electronic Frontier Foundation, a nonprofit that advocates for civil liberties online. The EFF backs the proposal.

“If she votes ‘no’ then nothing will change because they won’t have a majority for it. That’s why I hesitate to make predictions. Democracy is messy.”

Cable companies have not only been winning the game for years, but they’ve owned the playing field, too. Here’s Stoltz:

“If you own the pipe it’s very easy to encode your signal in a way that only your own hardware can decode. And that was how the cable companies, and later the satellite companies, set up their networks. The set-top box market is unique that way — for other platforms, whether it’s the internet or phone lines, people are free to purchase any equipment they want and still use the network.”

There is a little-known workaround, though: The CableCARD, which can give set-top boxes access to these networks — but using them is a lesson in frustration. They’re uncommon, and even if someone does learn about them, they might have to pay their cable company to install the card on a device. It’s a system that allows the industry to say it supports competition while shielding its interests.

When Inverse asked the Commission for comment on what the #unlockthebox campaign might mean for cable customers, it replied with this:

Consumers will no longer have to rent a set-top box from their pay-TV provider month after month, simply to access the content they’re already paying for. Instead, they’ll be able to access this content through a free app on a device they may purchase once, or may even already own. The bottom line is that consumers will have choices: they will no longer have to pay a monthly set-top box rental fee and will be able to select the kind of software or device that suits their needs.

So while the official Commission line is that this will offer choice to consumers, Rosenworcel is said to oppose the agency having regulating licensing agreements between cable box makers and cable companies. This is where apps, that modern icon of consumer choice, come in:

Wheeler’s proposal would allow manufacturers of devices with a wide adoption rate (Apple TV, Roku, etc.) to use video streaming apps made by cable companies. This would allow people who own those Apple TV’s to watch cable-only content on dedicated apps instead of leasing a cable box.

The apps would still require a cable subscription, but the industry bristles at the idea that apps could hinder copyright protections (“Can I use your password?” is going to become a very common question.) The U.S. Copyright Office agreed, and indirectly helped stall the FCC’s proposal.

The proposal isn’t just about reducing your cable bill: It’s also about freshening up a market as dusty as the cable box in your living room. While Hollywood and the cable industry fear that these changes could harm their businesses, not allowing them might result in another 20 years of stagnation in this market.

Naturally, you can live-stream the meeting: Watch FCC vote to unlock the box or not.