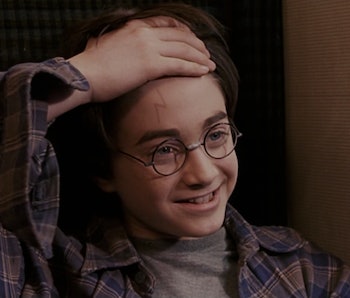 Harry Potter might be the Boy Who Lived in his world, but he’d be so dead the moment he apparated into the Game of Thrones land of Westeros. Let’s face it, Gryffindors just weren’t made for an utterly brutal, no-rules power struggle.

In a recent interview, Daniel Radcliffe revealed that he’d love to be killed off in Game of Thrones, and based on what we know about Harry Potter, he’d likely get his wish. Harry Potter is brave, but he’s not power-hungry, which would probably lead to his undoing. Upon landing in Westeros, Harry Potter would be totally uninterested in gaining power and more interested in balancing power on all sides, which isn’t going to go over well, at all.

It’s not that Harry’s incapable of holding his own in a fight — he defeated Voldemort, after all. He’s far from incompetent when it comes to doing battle. The real problem lies in Harry’s outlook on power.

Harry’s entire worldview is shaped by his fight against the Dark Lord. After losing his parents, seeing his friends persecuted and killed, and finding himself forever changed by the deeds of Voldemort and the Death Eaters, Harry knows that power corrupts and that the imbalance of power never ends well.

And, let’s face it, Westeros isn’t big on fair fights. Or, to put it another way, there’s only so long the Boy Who Lived can last in a Red Wedding-type situation.

A Potter incursion into Westeros might have one saving grace: dragons. Other than Khalessi, Harry is better prepared than anyone in Westeros to contend with dragons. His track record here is pretty good considering that most people who come face-to-face with a Hungarian Horntail haven’t lived to tell the tale. Harry Potter has a distinct knack for surviving fire-breathing attacks, which will come in handy if he manages to suppress the urge to do the Extremely Gryffindor thing and try to make Westeros a better place for those who find themselves suffering at the hands of those abusing power.

In Game of Thrones, you either win or you die, and unless he takes up dragon taming full time, Harry Potter’s inherent goodness means he doesn’t have what it takes to win in Westeros.