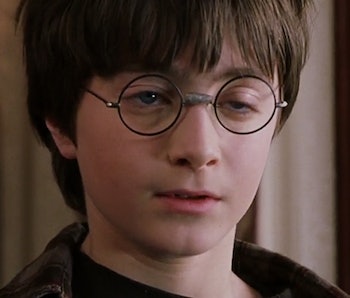 Harry Potter’s adventures at Hogwarts were wonderful and life-changing, but what if it was all in his head? It’s unsettling, but if Harry never left the cupboard under the stairs, he’d need something to occupy his lonely thoughts.

A fan theory suggests that the entire Wizarding World was something Harry imagined from the cupboard under the stairs. Hagrid never arrived. Harry was never whisked off to the Leaky Cauldron and Diagon Alley. There was no Hogwarts, no Ron, no Hermione, no Dumbledore, no Quidditch, no classes, no feasts, and no fight against Voldemort. It was just Harry, alone, entrenched in the makings of his own mind.

This is hardly a new theory. It’s been discussed by J.K. Rowling and Sorcerer’s Stone screenwriter Steve Kloves, and hasn’t been explicitly shot down by Rowling. After all, in The Deathly Hallows Harry asks a ghost-Dumbledore if everything is happening inside of his head, to which ghost-Dumbledore replies: “Of course it is happening inside your head, Harry, but why on earth should that mean that it is not real?”

If we assume there’s truth to it, this theory also raises some deeply interesting questions about the magic and characters of the stories. If Hogwarts and all the rest weren’t real, could some of the characters have been inspired by people from Harry’s real world? Did Snape arise from a conversation Harry overheard from under the stairs? Did Harry’s own experiences with mistreatment inspire Dobby? What could’ve inspired Fizzing Whizzbees, Extendable Ears, Bertie Bott’s Every Flavor Beans, and Chocolate Frogs?

From Death Eater McGonagall to Mary Poppins in the Potterverse, there are a lot of bizarre Harry Potter fan theories (with a few that are uncomfortably plausible, thanks very much).

Most of us would rather not believe that the Wizarding World is the invention of a boy who lived through deeply painful and traumatic experiences. Instead, we’ll go ahead and hitch our “wild theory” horse to the Ronbledore wagon. Ron as a time traveling Dumbledore? Yeah, we can get on board with that.