The original Blair Witch Project was the first movie that gained infamy on the internet. The marketing, which went viral even before “viral marketing” was a buzz word, solidified the legend. With fake police reports and video clips that stretched the strength of dial-up modems in 1999, voracious fans ate it up.

The challenge faced by the new Blair Witch was in figuring out how to live up to the grassroots buzz created by the original. With a very updated box of viral marketing tools, including blogs and social media platforms, the people behind the new movie have tried their best to replicate the real-or-fake aura of the original. It’s a great bit of mind-boggling, viral marketing, but here’s what we uncovered.

To start it all, the crack marketing team behind Blair Witch took to venerable crowdsourcing site Kickstarter for a project called The Absence of Closure, a “feature-length documentary that examines the tragedy of ambiguous loss” from someone named Lisa Arlington.

The project was successfully crowdfunded back on March 3, 2014 (before we knew the new Blair Witch movie even existed) by 235 backers for $11,390.

‘Theres even an IMDB page and a Tumblr page updating the progress of the campaign. 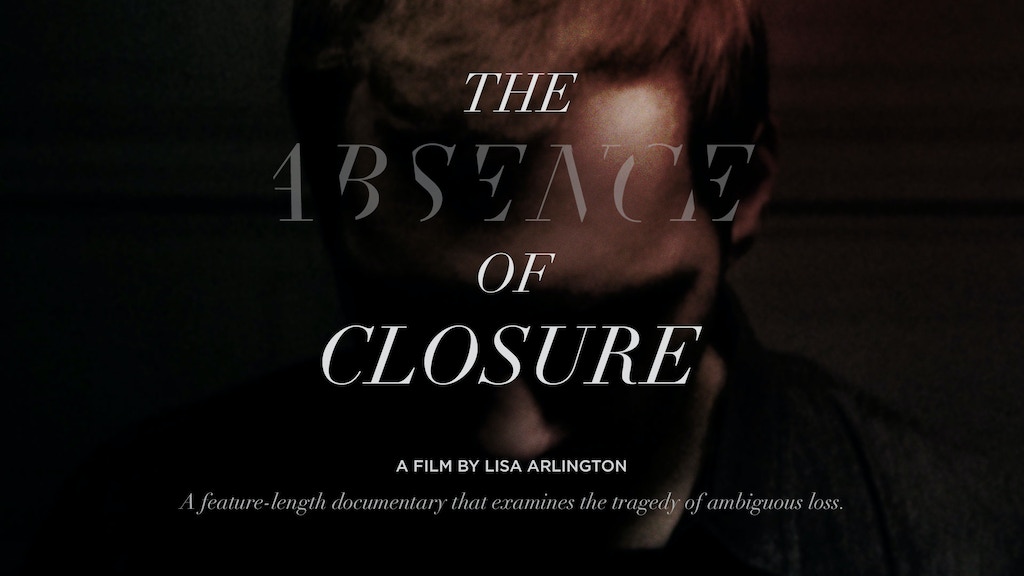 After cheery updates chronicling interviews with people named Adamya and Beverly about the death and disappearances of loved ones — as well as the acquisition of DSLR and Bluetooth earpiece cameras — a troubling update on the page explains that Lisa, the doc’s director; James, another subject of the doc; and two other friends were reported missing in the Frederick Watershed trails of Northwest Maryland after disappearing sometime during production in May 2014.

But don’t fret, The Absence of Closure is merely the faux documentary the character Lisa (played by Callie Hernandez) is making about James’s missing sister, Heather, from The Blair Witch Project. This effectively sets the new film in motion.

An August 11, 2016 Kickstarter update titled “IMPORTANT PLEASE READ LISA ARLINGTON STILL MISSING” claims that police have given up looking for Lisa after her disappearance, and it leads to a Facebook page dedicated to “Finding Lisa Arlington.” Lisa also has an empty Wake Forest University Facebook profile.

Filled with updates by potentially fake Facebook users talking about the disappearance, the page features a post from a September 13, 2014 article from faux newspaper The Frederick Daily about how the local Sheriff’s Office called off the search for Lisa after allegedly discovering some of her belongings, like a drone camera.

The update explains, “We believe someone found that camera, and that law enforcement currently has it — AND the footage on it!”

After a post featuring allegedly-deleted tweets from a fake Maryland Sheriff’s Twitter account, @fcsopeterson, about the search for Lisa, the Facebook page then has other faux newspaper updates, including a May 22, 2014 Frederick Daily article about how Lisa’s Toyota 4Runner was discovered.

It also mentions how the area has become a grisly tourist destination in recent years following the unsolved disappearance of three hikers in 1991,” in reference to the events of the original movie.

Horror fans will also notice the article features an ad for the 2014 horror movie Jessabelle, which was also released by studio Lionsgate.

Another article found on the “Finding Lisa Arlington” page from the fictional Winston-Salem Daily News in May 23, 2014 mentioned volunteers were heading to the Burkittsville, MD area to search for Lisa and her missing friends.

Yet another post on the Facebook page includes a link to a blog that “seems to belong to people who may know something about Lisa’s disappearance, called darknet666blog.”

Click through, and we get the personal blog of the film’s Blair Witch conspiracy theory enthusiast, Lane (Wes Robinson), and his internet ramblings where he shares the “various truths that [he has] uncovered” going back to December 2013.

An April 27, 2014 post explains: “Found something in the forest yesterday, during a fairly routine walkabout: A DV tape!” which continues saying, “We’re posting to a copy to YouTube. Hopefully somebody will have more information on its origin and exactly what it is we’re seeing. This could blow the whole story of those disappearances wide open,” [sic] in reference to the events of the original movie.

The most recent post, from May 11, 2014, vaguely explains DarkNet666 met up with Lisa and the Absence of Closure crew to head into the Frederick Watershed hoping to confront the Blair Witch, saying, “We were, in fact, knee-deep in our research on Frederick County’s most notorious resident for the last few weeks — not so much on historical events, which have been well-documented, but on what exactly happened to the group of people that went missing 20 years ago.” [sic]

But whats the deal with that YouTube video? For that, we have to go back to the Kickstarter page.

A May 2, 2014 entry on the Kickstarter page called “A New Direction” explains a video that someone called “DarkNet666” (sound familiar?) discovered what “was apparently shot right where James’ sister had vanished two decades ago” and “has inspired James to return to the spot where his sister disappeared. And he’s invited me along for the ride. So suddenly this is what my film is about.”

Ladies and gentlemen, we now have the plot and context for Blair WItch.

As for the actual video, some sleuthing uncovers an unmarked clip from a user named “Dark Truth301” called “021 blackhills dn666 H264,” with “301” being the Maryland area code, “blackhills” being the area where everyone disappeared, and “dn666” obviously referencing “darknet666.”

Here’s where the cracks in the viral marketing begin to show. The video has no studio watermarks or release dates whatsoever, but the full Blair Witch trailer contains a few glimpses of footage from the video linking it to the movie itself. And just who is “Dark Truth301”?

A Twitter handle, called @darktruth301, joined the social media platform in August 2016 and features a bio that describes themselves as “Investigating unsavory goings-on in Maryland. Finding disturbing answers to difficult questions.” It has a steady stream of tweets that reference all of the Blair Witch viral marketing that came before it and more.

The Tumblr page for The Absence of Closure:

And even a map of what looks to be Lisa and her crew’s journey into the Maryland woods:

But if you thought this meant Dark Truth301 wouldn’t mail Blair Witch USB drives that expounded upon the witch’s legend to Twitter friends, you’d be wrong.

Apparently, if you DM @darktruth301 to join their “Truth Army,” they mail you a package of Blair Witch ephemera, including a stick man, Lisa’s map seen in Dark Truth301’s tweet, and a USB drive featuring creepy videos about Rustin Parr, the serial killer within the movie’s mythology who allegedly murdered kids after the witch told him to:

If you thought the black-and-white murderer footage didn’t add up to anything official, then feast your eyes on the final video showing Lisa, James, and Ashley testing out that missing drone:

Unfortunately, that seems like the extent of the viral marketing, and the only other way to uncover the truth is to see Blair Witch when it hits theaters on September 16.