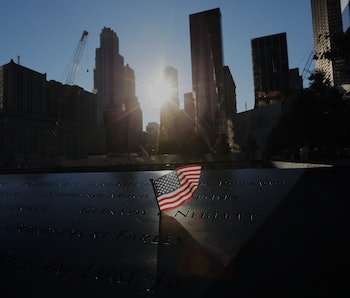 Seventy-five years ago, Franklin D. Roosevelt described December 7, 1941 — the day the Japanese attacked Pearl Harbor — as a day that will live in infamy. Since then, a couple dates have joined that terrible list. November 22, 1963, the day John F. Kennedy was assassinated. And a day we now mark the 15th anniversary of, September 11, 2001.

While it’s safe to say President Roosevelt’s thoughts weren’t on matters of neuroscience when he described December 7 in those terms, he hit upon something deeper: Our memories of certain society-shaking tragedies aren’t just of the event itself but also of the day surrounding it. This goes to the old chestnut that everyone remembers where they were when they heard that Kennedy had been shot or that the World Trade Center had been attacked.

The scientific term for this kind of unusually vivid, more or less permanently fixed memory in the wake of trauma is a flashbulb memory. First hypothesized in 1977, flashbulb memories are thought to be the result of a biological mechanism that, when an event is sufficiently shocking or traumatic, causes people to record a comprehensive memory of the overall experience. Precisely what that mechanism is, however, has remained unclear.

Now a study from the University of Edinburgh has pointed to one potential explanation. With the standard — but oft-overlooked! — caveat that this is a mice study and, well, mice aren’t humans, the researchers trained mice to remember the hidden location of food. They found that mice who were presented with a surprising, attention-grabbing experience within a half-hour of their training had more success remembering the location of the food than those that didn’t, suggesting these mice were experiencing a more mundane version of the flashbulb memory phenomenon.

Examining the neural activity of the mice revealed what the biological mechanism was, at least behind this particular example of flashbulb memory. The locus coeruleus, a part of the brain highly sensitive to new experiences, released dopamine in response to the unusual experiences. Brain cells then moved that dopamine from the locus coeruleus to the hippocampus, which is particularly crucial to the formation of new memories.

While this doesn’t necessarily solve every mystery surrounding flashbulb memories, this is one of the most compelling arguments yet for just what is the mechanism inside the brain that drives this unusually vivid memory creation. That this particular mechanism is tied to a part of the brain that just generally responds to striking new experiences as opposed to specifically traumatic ones might also help explain why another date that’s a prime candidate isn’t tragic by any stretch of the imagination: July 20, 1969, the day humanity first stepped foot on the Moon.

As for September 11 and our memories of that day, it’s worth keeping in mind that flashbulb memories may create long-lasting memories, but not necessarily accurate ones. New York University’s 9/11 National Memory Survey distributed questionnaires to around 1,500 people starting in the week after the attack to three years later. And while people’s memories remained vivid years after, the actual content of those memories often changed or was proven false. Given the timeframe and the fact that many of the respondents were from New York City, some of that is likely a result of trauma. But a lot of it goes to something more basic: Our memories are incredibly powerful, but they’re definitely not to be trusted, even presented with terrible events we vow to, yes, never forget.

More like this
Science
1 hour ago
The most controversial alien sci-fi movie on Amazon Prime explores a murky theory on the origin of life
By Tara Yarlagadda
Science
1 hour ago
Look: Hidden fossils reveal a microscopic creature that may be resilient to climate change
By Jennifer Walter
Science
9 minutes ago
How do dolphins maintain their glowing skin? A study reveals the surprising answer
By Jennifer Walter
Related Tags
Share: