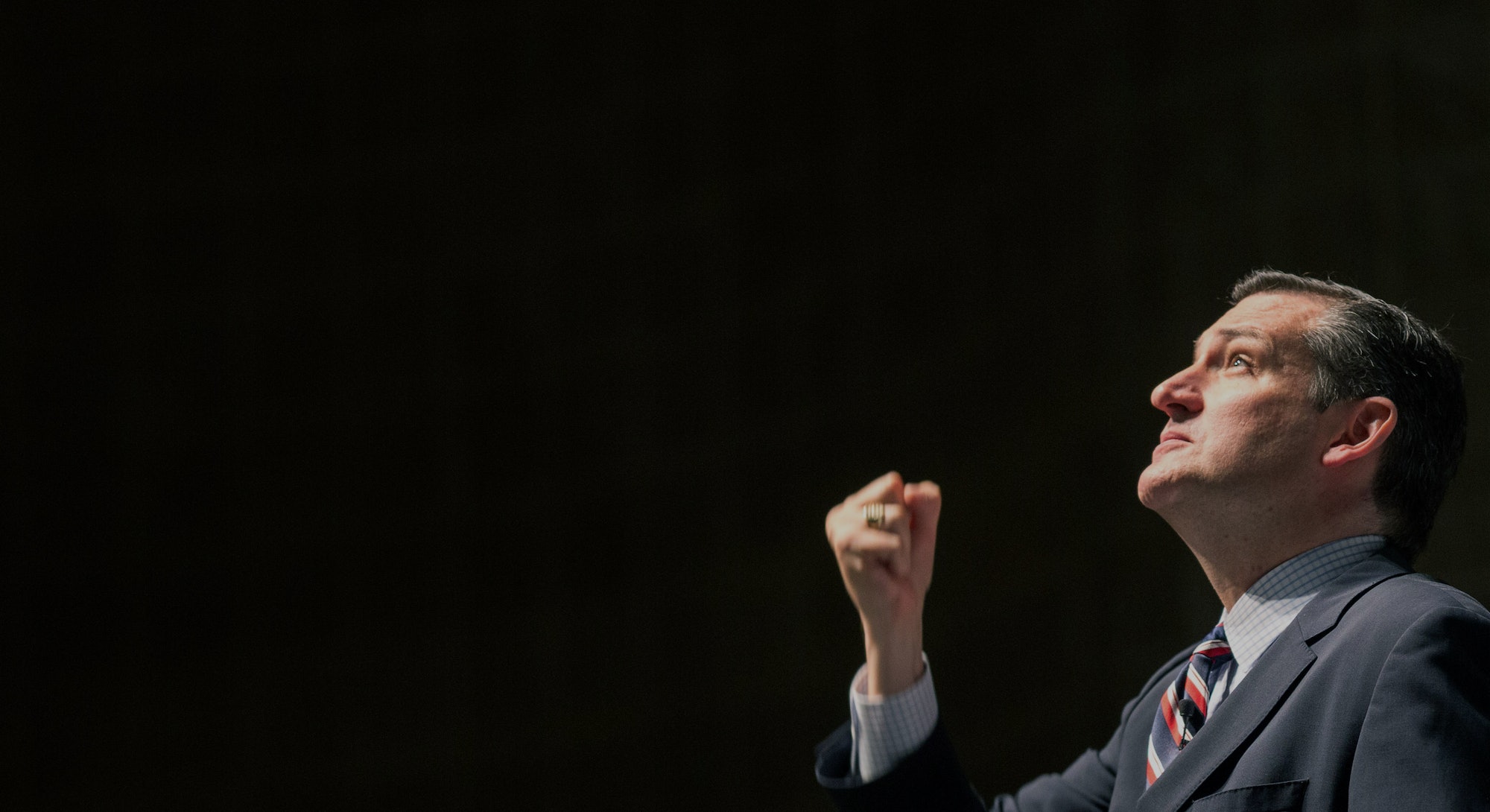 For the past few months, Ted Cruz and a handful of other Republicans have claimed that the impending transition of internet stewardship — from United States oversight to a multi-stakeholder, international association — will endanger national security, lead to internet censorship, and empower authoritarian regimes. On Thursday, a national security expert speaking on the condition of anonymity told reporters that, in fact, Cruz et al. have it backward. If the transition of oversight does not go through, U.S. national security, and freedom of the internet, may be put at risk.

As it currently stands, the Internet Assigned Numbers Authority transition (IANA) will occur on October 1. Cruz considers it paramount to interrupt the transition, and he’s not alone. He’s engaged in relentless fearmongering to impede the transition. In his rhetoric, he’d probably call it something like “the slated relinquishment of U.S. power,” and he’d harp on about how it’s a national security concern.

“The Obama administration’s proposal to give away the internet poses a significant threat to our freedom, and it’s one that many Americans don’t know about,” Cruz said on Thursday during a speech in the Senate.

If tech industry officials, also speaking on condition of anonymity, won’t say Cruz and company are merely acting to benefit themselves politically, they will say that Cruz and co. are misguided.

It’s not about power and authoritative oversight, but “stewardship.” The U.S. never had power over the internet: ICANN (the Internet Corporation for Assigned Names and Numbers), a nonprofit in Los Angeles, merely makes sure that the URLs work as internet users expect them to, and IANA acts as a maintenance of registries, the so-called phonebook for the internet.

“The function is purely mechanical,” one tech industry official said. “The IANA itself neither makes policy nor exercises judgment. It simply follows an explicit set of predefined rules to maintain and update these registries.” Ever since ICANN’s creation in the late ‘90s, the U.S. government has acted as IANA’s steward. “The same entities that do the work with those registries today will continue to do the work after the transition,” the official said. “Furthermore, these registries have no bearing on what content exists, or is allowed to exist, on any given website.”

Cruz, in a perplexing move, is arguing that government oversight of the internet’s maintenance is a good thing. But another tech industry official told reporters that it’s the opposite: The solution is “to take government out of the business of running the internet, and give that job to the innovators who built it in the first place,” the official said.

“Reducing unnecessary government involvement will give the people who build, run, and drive the internet considerably more power to keep it free and open,” he argued. “The internet’s future should be in the hands of those who have made it what it is. Not government bureaucrats.”

And the new, multi-stakeholder association, according to this official, will mean that all governments have less power, and that the internet community writ large will have more power.

“Critics will tell you that authoritarian regimes are going to step in after the U.S. government relinquishes its contract, and that, as a result, the internet is going to be censored and less free,” he tells Inverse. “The reality is that this is not about censorship of the internet: It’s about preserving the internet.”

Cruz is one of those critics. On Thursday, he said: “It will empower countries like Russia, like China, like Iran to censor speech on the internet — your speech.” He’s taken the view that another country could seize control of internet freedom from a sort of United Nations — 162 countries are represented — of Internet Stewardship.

If the transition doesn’t go through, these authoritarian governments would seek to “establish regional internets rather than one, global internet.” If they failed to do so, or even additionally, they could attempt to “assert control over whatever of the global internet is left,” he explained.

Cruz chairs a Senate Judiciary subcommittee that will convene on Wednesday about the matter to “investigate the possible dangers.”