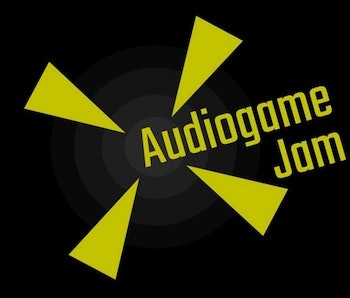 When we think of video games, more often than not our imagination runs to the beautiful explosions and colorful set pieces that make up the brighter spots of our experience. Because, by and large, video games is a visual genre. One man is attempting to change that perception in his own small way.

Kyle James is an artist and developer who has channeled his own struggles with sight loss into a personal quest to help others struggling with impaired vision by innovating the way we experience video games. Enter the Audiogame Jam, a week-long event where teams of developers assemble to build games that cater solely to the blind.

With proceeds going to the Royal National Institute for Blind People (RNIB), James has begun a crusade to provide the visually impaired with a grade-A gaming experience. We took a moment to speak with James about the competition, and what it takes to build a great game that doesn’t rely on sight.

What prompted you to focus on a completely aural gaming experience?

The main reason was to allow players with sight loss to be able to play and enjoy the final games, but I also hope that video game developers will see what can be done with audio and consider adapting their games to allow visually impaired people to play more easily.

How many teams are you expecting to show up for the Audiogame Jam?

It’s very difficult to know how many people are participating in Audiogame Jam as there is no registration process or physical venue for the event. It’s all being organized online, where people can make their games in their own location — either solo or in a team — then submit it remotely. My hope is that my promotion of Audiogame Jam has been enough to ensure a significant number of people are involved, and I’m cautiously optimistic that this has been achieved.

How do typical video game mechanics like combat and traversal factor into an audio game experience?

With a little creativity, many styles of video games can be adapted, even those where you would think visual feedback would be necessary.

Racing games, for example, are quite popular in audio games. Player distance from the edge of the road is expressed to the player through sound effects in their left and right ears. Passenger voice effects will alert the player to upcoming turns, and sound effects allow for obstacles to be detected and avoided.

This is just one example of what can be done in audio form, and while some games may be difficult to adapt, there is a great deal that can be done by a talented designer.

One of your rules states that visuals may be used, but they may not serve to help players progress in the game. Where do you draw the line, there?

Audiogame Jam allows for visual elements to be used as these are very useful in encouraging players without sight loss to participate. In the future. I hope that more audio games have strong visual elements, and more video games support play through audio only. I see the separation of audio- and video-format games as problematic, as it divides the players into two groups, one served very well with high-budget, heavily promoted games that become cultural events on release, and another with smaller games known only to that community.

This isn’t something that exists in other forms of media where audio adaptation is commonplace, even expected. With this in mind, Audiogame Jam allows for any visual elements to be used providing there is no information expressed visually that puts blind players at a disadvantage.

Any audio games you’d recommend to those looking to expand their horizons?

The Blindfold games are a great starting point. Games like Blindfold Racer and Blindfold Pinball show what can be achieved in audio format.

A good place to find out more about audio games is www.audiogame.net which has a very friendly player and developer community, as well as a large repository of audio games to download.

This interview had been edited for brevity and clarity.

More like this
Gaming
Jan. 26, 2023
Hi-Fi Rush reveals a surprising strength of Xbox Game Pass
By Willa Rowe
Gaming
Jan. 25, 2023
Fire Emblem Engage needs to let its characters out of the closet
By Robin Bea
Gaming
Jan. 24, 2023
Fortnite is about to get a Wild Dreams concert from The Kid LAROI
By Jess Reyes
LEARN SOMETHING NEW EVERY DAY.
Related Tags
Share: