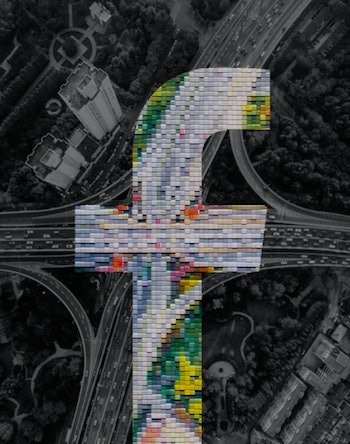 Facebook is arguably the world’s foremost artificial intelligence laboratory. Given the size of its platform, and the pressure to keep users entertained and coming back, it needs to be. On Thursday, Facebook announced that it would release another open-source A.I. tool, dubbed fastText, which is incredibly good at understanding huge blocks of text.

That may not sound compelling, but the method’s ripples will do wonders for your Facebook browsing experience. And, as the research is open source, those ripples will propagate throughout and thereby enhance your entire experience online. “We believe language understanding by computers is one of the biggest scientific challenges in front of us — and we hope our work on fastText is making a small step forward in this direction,” Tomas Mikolov, one of the Facebook researchers responsible for the advance, tells Inverse.

Needless to say, the internet is vast and full of words. Without search engines to cut through the bogus and give you what you want, the internet would be dark and full of terrors. Google capitalized on this overabundance of words with its algorithms, which were brilliant content sifters, filtering, organizing, and ranking results based on the few words users entered into its search bar. Google was king bar-none at understanding what you write, predicting what you will write, and spitting out a relevant list of results.

But Facebook is hot on Google’s linguistic tail. While Facebook probably won’t be rolling out its own search engine in the near future, its internal search engine and spam filtration system is getting more and more impressive.

There’s a ghost in the machine, except this ghost is benevolent and an extraordinary personal assistant.

For a time, the prevailing ideology was that deep neural networks would bring search out of mediocrity and into the future. While these systems were indeed proficient at deciphering queries and filtering results, they were inefficient, taking hours if not days to train. In most cases, the neural networks required manual, supervised training and time-consuming tests to ensure that the A.I.s were doing their jobs correctly.

The Facebook Artificial Intelligence Research (FAIR) team designed an automatic system — fastText — that would yield the same quality results while expediting the process. Its predecessors, from which this method was conceived, are “several orders of magnitude slower,” the researchers write. “In several tasks, we have obtained performance on par with recently proposed methods inspired by deep learning, while observing a massive speed-up.”

Viewed in this light, fastText seems to be the Tesla of natural language processing. It takes what was once a time- and energy-consuming process and makes it automatic, hands-free, and fast. FastText allows computer scientists to “train huge models using billions of examples very rapidly,” Mikolov explains. “The more data the models are trained on, the better the results can be: users will see more relevant posts and less spam.”

The analogy breaks down, however, because fastText — unlike Tesla — is open-source. No one else is capitalizing on Elon Musk’s autonomous driving technologies, but Facebook is letting its supercharged A.I. run free. The hope is not only that programmers around the world take advantage of the incredible speeds and impressive results, but that programmers around the world tinker with the system and improve it. This is nothing new for FAIR, which releases just about all of its research to the global community, but it remains worthwhile to acknowledge just how upstanding a practice it is.