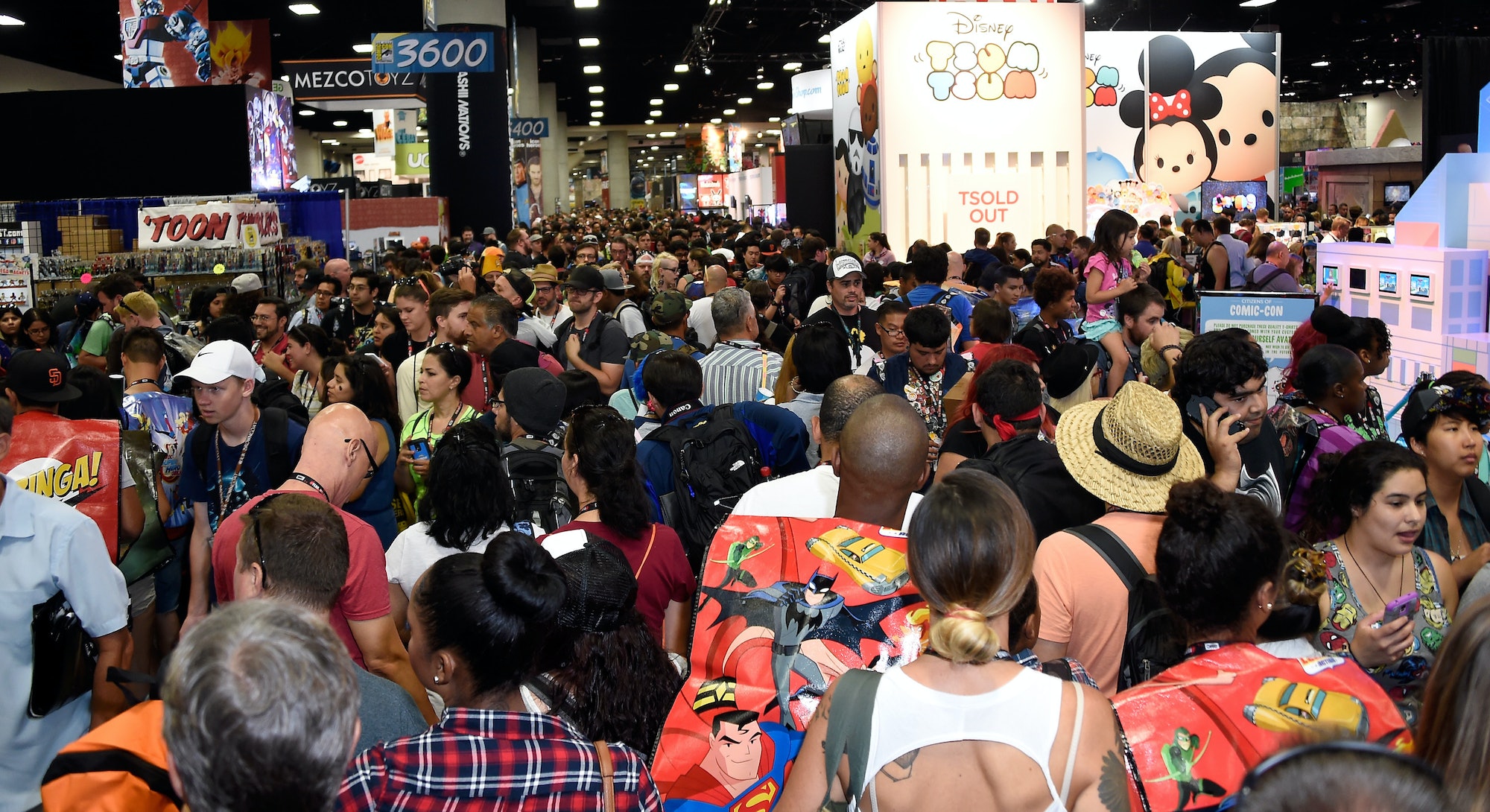 The term “professional fan” sounds counterintuitive, at first. After all, the ecosystem of fan culture involves professionals creating material and fans rallying around it. But thanks to social media, the gap between fans and creators has narrowed, leaving a fascinating grey area in between. Bekah Decker, 33, Nikki Pierce, 34, and Kathleen Smith, 31, have all planted a flag in that space and made a career there; in varying ways, they are “professional fans.”

For Decker and Pierce, it started in an unlikely fandom. The two women met in college and stayed in touch through the ensuing years — bonding over post-grad job frustrations (Decker was working for a family business at the time; and Pierce was working in entertainment marketing). Their friendship was casual, but it became deeper when they realized they shared an obsession: a YA vampire story. Yes, it began with Twilight.

“We both felt a little alone,” says Decker. “We realized we both were obsessing over this series, and we were like, ‘we’re in our twenties and have full-time jobs. We’re not teenagers.’”

But instead of hiding their Twilight love, they embraced it, creating an outlet in 2008, a site called Letters to Twilight. LTT’s “About” page noted how their obsession didn’t seem to fit a “typical” fan within that fandom:

We’d frequented many fan sites but never found anything that spoke to us and our sense of humor because, let’s face it, a couple twenty-somethings obsessed with a young-adult novel about vampires is a bit odd. So we decided to share our special brand of humor and snark with the world, because we knew if we were obsessed, then there had to [be] other “normal” girls (and guys) like us, out there.

What began as a fun way to create a space within a fandom – where they initially felt unwelcome their site took off, and fostered a community of like-minded fans. So, Decker and Pierce expanded their empire: the two friends created another website centered on pop culture called That’s Normal and combined their marketing backgrounds into a boutique PR agency, specializing in entertainment and fandom outreach.

“When we have new clients who come to us, we really do know what we’re talking about,” says Decker. “Because we are the fans that they’re trying to reach. Our agency now exists because of what we started in 2008.”

One of their clients? Twilight author Stephanie Meyer herself.

The two began as outsiders who felt uncertain they fit the profile of that particular fandom. From this combination of love for the subject and a shared notion they were atypical, they forged their own path — and it led to a career in which they work with the author of the very thing they loved.

Pierce explained that combining their fandoms and marketing backgrounds to form an agency felt natural, because it was an area in which they had both professional and hobby experience. “For a lot of companies, studios, labels, or networks, it can be a little mystifying,” she says. “How do you reach a fan? How do you talk like a fan? We take the mystery out of that.”

However you may feel about Twilight, it’s unsurprising that it was the trail that led Decker and Pierce into a career of professional fandom. Along with Harry Potter, Twilight, was the building block to launching YA fandom as we know it today. Franchises like The Hunger Games, Red Rising or The Raven Cycle would not be able to achieve their current mainstream popularity without Twilight first proving to the film and publishing industry that YA fandom is a lucrative space for wide audiences.

“When I was a young adult, I didn’t read YA fiction,” says Kathleen Smith, 31. “It wasn’t as booming as it was today, and I sort of had this expectation that if you’re an intelligent person, you need to be reading all the classics. But I’ve learned that reading YA actually makes me read more regular adult fiction. It’s good not to be quick to judge people who read YA; that doesn’t mean they’re not reading other things. And if they’re not, then that’s fine. Reading is different things for different people. it’s been wonderful for me, Im really glad I joined the genre.”

Like Decker and Pierce, Smith has also made a career out of being a “professional fan,” albeit in a far different way. Smith is a licensed therapist who wrote a book combining her two areas of expertise: mental health and fandom.

“In grad school, you learn about different theories about what motivates people to change,” says Smith. “I felt that fiction was a big motivator in my life, and while there were some aspects of therapy counciling that addressed that, I really wanted to take it a step further and put it in a language of fangirling, which I was engaged with a lot.”

Smith explains how she combined the two together in a way that hadn’t been done before. “If you find a space in the internet or a space in publishing, that might be a good sign it needs to be filled. I felt like I was the person who could do that.”

Like Decker and Pierce, she carved out her own unique brand of professional fandom through a desire to celebrate interests that weren’t being met in any other way. She didn’t feel like she fit into the “typical” fan box, and so she made her own.

After writing the book, she went on tour promoting it and appeared on a San Diego Comic Con panel. “I did get to meet one author we read in our YA book club who Io I’m a huge fan of. Sabaa Tahir. That was sort of a surreal moment.”

By mixing their professional careers with their fandom, all three women feel the peculiar pull between worlds. They exist in a liminal space between outsider and insider, fan and creator. About how incorporating fandom into her career has changed her attitude, Smith says,

“I definitely feel like I have to think about what to keep separate and what to be more public with now. I wrote part of a fan fic recently and I didn’t share it on my regular social media. I might have before. There are things I want to love about fangirling that are just because they’re fun. Keeping part of it as just being for me is probably a healthy thing.”

Similarly, now that Decker and Pierce have mixed their professional careers with their fandom, they’ve found themselves navigating that grey area between the public and the private.

“There was a transition time mentally and emotionally,” says Decker, “But it was a natural fit for us. Internally, we were excited, but it was a natural change from being behind the scenes to being a more vocal part of a fandom.”

Modern fan culture has cast the most visibility on a certain manner of fandom — cosplaying; convention-going; Tumblr-posting. It can be easy to believe you don’t fit the house style for your fandom if you don’t engage in those areas or you’re not the target demographic. But sometimes, feeling like a fish out of water can lead to the best places.

“Fandom on its best day is about inclusivity,” says Pierce. “That’s what Letters to Twilight was, thats literally what the name Thats Normal comes from, and it’s one of the things we do with [our agency]. You can all like the same thing and do crazy stuff, but its still normal at the end of the day. I love that about fandom and the online world.”