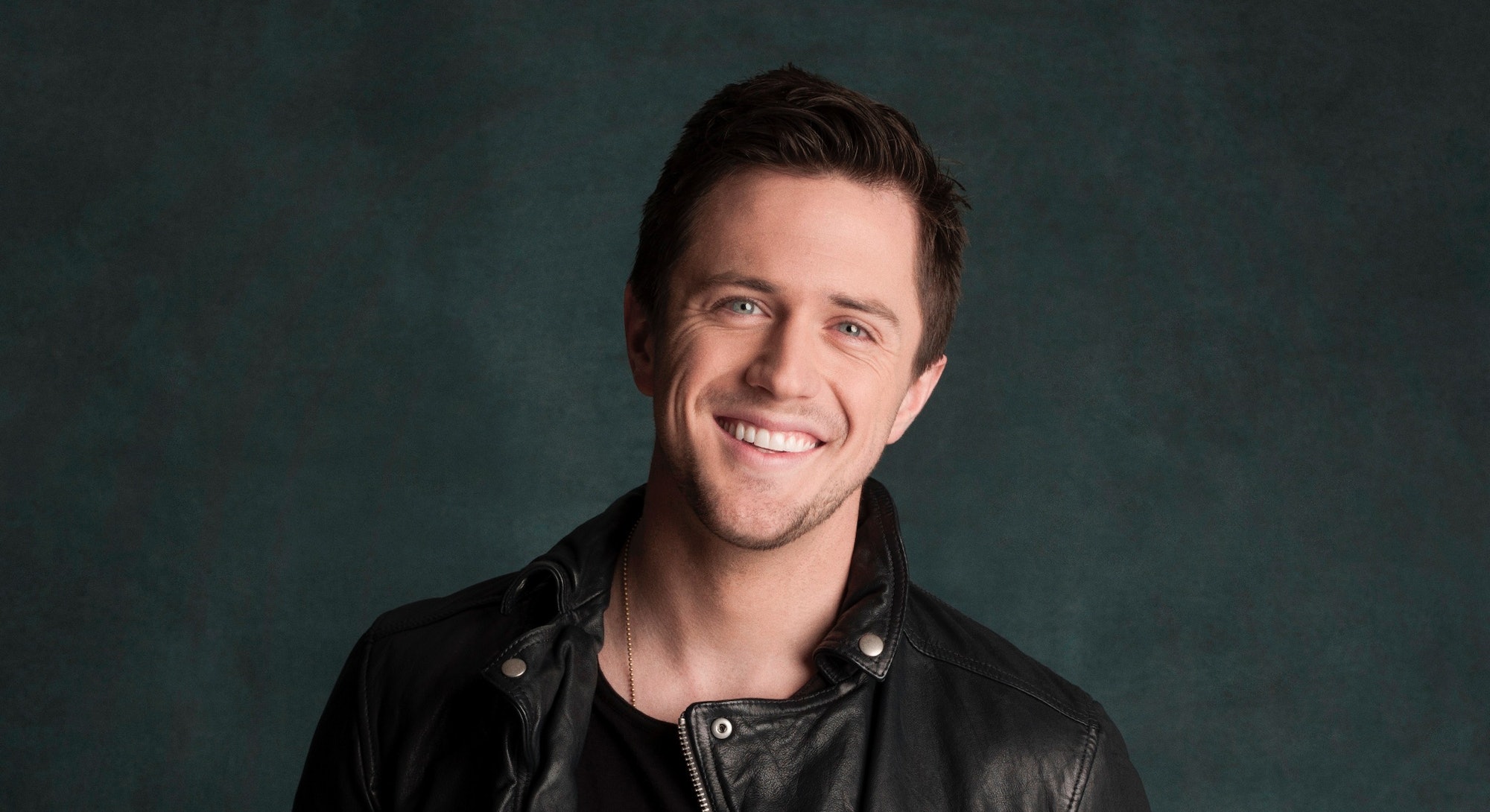 In Asking the Prophet, we probe the brains of sci-fi, fantasy, and speculative fiction writers. This week, we spoke to Pierce Brown about Mars, how science fiction and classical antiquity are connected, YA, Bear McCreary, what’s up with the Red Rising movie, and more.

Where do your ideas come from?

Ideas come from the deep reservoir of all the things you read, listen to, and watch throughout the course of your life. I was fortunate enough to have two parents who were very encouraging for me to explore new subject matter and new ideas. One of the first things I ever got as a kid was a coloring book of the Trojan War. All these fantastic stories have had such large imprints in my life from early on, and they created this deep reservoir of things to draw on. Nowadays, I can be inspired to draw on that reservoir by listening to a piece of music or by seeing something particular on TV. Most of my thought process is informed by listening: I’ll hear a little snippet of a line, or something in a song that will trigger an idea for a book or a character or a movie or a TV show.

What comes first for you, characters or world-building?

They go hand-in-hand — though to be honest, it’s sometimes difficult to understand how a character would react to something without knowing their world completely. Sometimes you can’t really flesh out the world without actually writing. Often, I’ll find that I’m halfway through a draft and perhaps my main character or their motivations aren’t entirely clear. A lot of times, that’s because my intentions as a writer are not entirely clear or the world I’ve created is not entirely clear. The first thing I would look at is world-building, because it’s impossible for me to think about how a character would behave onstage without knowing exactly what they’re on stage with.

In Red Rising, I built the world because I started fleshing out characters. I always knew who Darrow was going to be because when I was coming up with the idea for Red Rising, it sprang from a mountain climb I was on with a couple friends. I had just been reading Antigone, and it struck me because it’s a 2,500-year-old play where a young girl defies a power of authority. That resonated with me, but what I wanted to see was, “What is Antigone behind?” She dies for a cause, to deny an unjust law, and in so doing she leaves people behind. I wanted to see who’s the human being — the person Antigone loves? For me, it was always Darrow, but before I delved into Darrow, I had to understand the world he lived in. That was a much easier process than I thought it was going to be. The Red Rising world just started blooming. I had a fully realized — or at least partially realized — vision of that world pretty early on.

Did you do any scientific research about what drilling on Mars would be like?

I certainly let that inform my writing as I went on, but a lot of the Martian society as you see in the Red Rising books is taken from working classes throughout history. I was particularly focusing on the Irish immigrants in 18th-century and early-19th-century America. I simply transposed that onto the idea of this helium mining. One of my favorite video games growing up was this game called Red Faction. It did a riff off of Total Recall. Total Recall was one of my favorite movies growing up, and Red Faction has this awesome revolt on Mars that helped inspire Red Rising.

Did some of your research not make it into the books?

About a thousand things! My editors were stripping out my more scientific side because it bogged down the story and it’s not really what my main character would be focusing on. For instance, when you would be mining helium-3, you would have to keep it at a fairly low temperature, which would be difficult because you’re cutting through rock. If you’re cutting through a rock with a drill, the heat created from the drill would turn the helium-3 into gas.

So instead, you use a drill, but then you’d have to have cooling units to keep the temperature at negative-15 degrees Celsius or something, in order to keep it in a solid state. That’s something that didn’t make it in because it became terribly convoluted. Then I just pretended that helium-3 was a mineral-like substance that was a solid, as opposed to gas, simply because it’s more convenient for the world and too difficult to explain otherwise.

There are some interesting pop culture references in your books. You have two characters named Rollo and Ragnar, who happen to be two main characters on Vikings. Was that intentional — are you a fan?

I wrote those characters before Vikings was on air. I love Vikings, but those are simply characters that are popular within Viking mythology. Ragnar comes from Ragnarök, which is the end of the world. I pillaged mythology as much as I could. You find influences in works that you really like. I mean, I love Vikings; it’s one of my favorite shows on TV. So when I find parallels between the two, it makes me kind of delighted.

What other shows are you into? What do you watch when you’re not writing?

I’m obsessed with Game of Thrones and The Walking Dead. I grew up with Battlestar Galactica as my favorite show in high school. I loved Xena: Warrior Princess to an ungodly degree. I enjoyed Lost for a little bit, until later seasons. Right now I’m watching The Affair, which is fantastic. I’ve been trying to get into Black Sails because I hear it’s amazing.

I was actually sitting next to a guy on a plane once, and he was reading the Batman comic Knightfall. I commented on it; I was sharing the excitement of one of the story twists that was coming up, and then I found out that he did the music on my favorite TV shows, Battlestar Galactica. He also does Black Sails, The Walking Dead — all of my favorite TV shows. So I said, “You’re Bear McCreary?!” He said, “You know who I am?” I tried not to fangirl too much.

Maybe he’ll do the music on a Red Rising movie! Is there any word on whether that’s happening?

It’s still in development right now. The average movie takes six years to develop, unless they’re pushing it very fast. But Marc Forster has been really careful, which is nice, because he loves the material. So we’re not trying to do a rushed job of this. I did the first two drafts and my buddy is doing a new draft.

The Red Rising trilogy occupies an interesting place in the book world because it kind of straddles the line between young adult and adult. Do you consider it YA?

I’ve had so many people explain to me what they think YA is. It’s like you’re trying to define the definition of “is.” What is “is”? Some people look at the main character, other people look at relatable themes to people of a certain age. I think my character is 15 years old, and he has certain themes going on that are considered young adult themes, like the idea of an oppressive authority or being in danger with other kids, like The Hunger Games. If anything, it’s half-YA and half-adult. He evolved over the course of the books; I think he ends up being 23 at the end. I certainly tried to write it as YA book at first, and then it started evolving and getting more violent and themes started escalating.

Do you read a lot of science fiction as inspiration?

I used to, but then I found that it’s actually better for me to read poetry or to read books of a different genre. Simply because I think that I read so much science fiction over the course of my life that it sometimes is more rewarding for me to read something that I’m not familiar with, or a format that I’m not familiar with. It’s a way to learn. I read a lot of poetry. When I read poems, it’s much easier to then put my own thoughts into words simply because they have such felicity with language that I find it opened up floodgates in my own imagination.

Do you have a favorite poet?

[John] Keats is my favorite. Mostly because of the romantic imagery he uses, while at the same time being a very depressed individual.

Your books marry a futuristic setting with ideas from classical antiquity. Do you think that going forward, we’ll see that happen more in science fiction?

The genre itself has more roots in classical mythology than people give it credit for. Dune, the best sci-fi book of all time, clearly had mythos. It read almost more like a history book than anything else. Asimov was inspired for his Foundation series by the dark ages that had fallen on Rome — the idea of a civilization trying to forestall or shorten the Dark Ages. Science fiction has its roots in classic humanism, mostly Greek and Roman, but I think there’s two breeds: There’s grounded science fiction, where you change one aspect of the human condition and then look at how it affects humanity. You give us clones or immortality and see how it changes our social structures.

Then the other is a long, space opera, mythological one, which is very rooted in ideas, like Star Wars and Star Trek. Star Trek is not so much classical mythology, more based on explorers and things, but certainly Star Wars and Dune and Ilium by Dan Simmons. I think the trend will continue; I think science fiction is going to come back into the popular culture. We’re in the superhero age right now, but I see science fiction as having a resurgence.

Do you find it difficult to balance these elements in your own writing — classical antiquity with futurism?

It’s actually my favorite part. Mostly because it’s always been interesting to me. You write about what you know. I don’t necessarily know about mining on Mars, but I certainly know these subjects and it’s fun to use the influence. For instance, one of my favorite things is comparing the Greek understanding of the god of war, Ares, and then the Roman understanding of the god of wars, Mars. It’s very different. The Romans use his as propaganda, whereas the Greeks looked at Ares as this bloody, rage-filled, foaming-at-the-mouth monster. Which is a very different rendition of war. So it’s very interesting to look at that and put that into my books. It always interested me as a kid.

I’ve started doing some stuff in the TV world, which will probably be announced soon. And then also back to books. Hopefully, I’ll be starting up a new series soon, which I will also hopefully be announcing soon. I just want to keep basically pumping out stories.