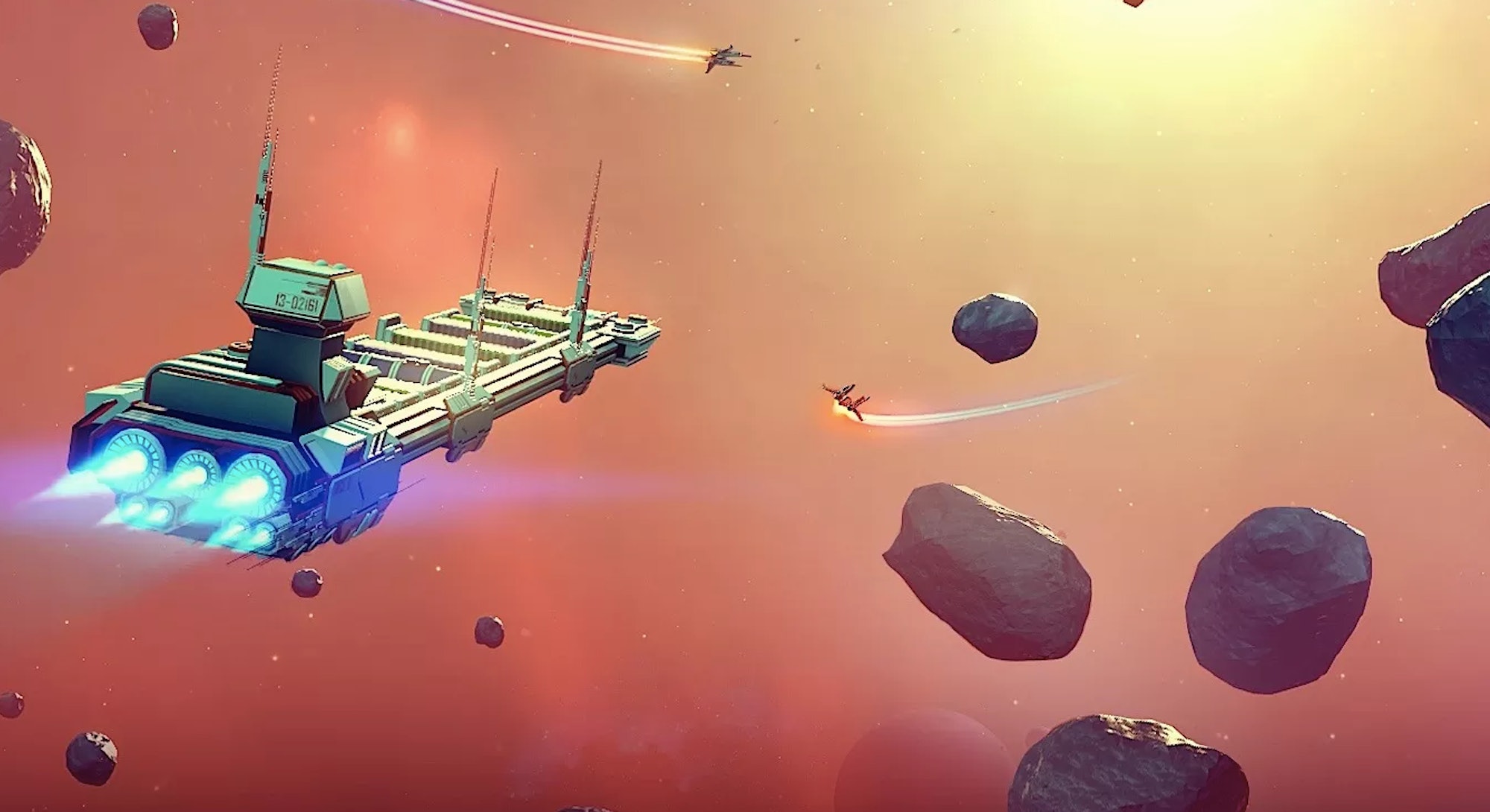 No Man’s Sky, the most highly anticipated video game of 2016, is a unique technical achievement. As you’ve likely heard, the procedurally generated game is all but endless because math slows for no man. As such, it allows players to travel through space in a way no game — or spaceship, for that matter — has ever facilitated on this level. No wonder, then, that Sean Murray, the mastermind behind the Hello Games blockbuster, has suddenly become the most in-demand dude in all of nerd-dom. Last week, he even made a celebrity cameo at a European Space Agency event. What better place to chat about a chill interstellar exploration game?

Murray is a friendly guy and seemingly honest about his work. Having spent months under the microscope, it would be understandable if he spoke only in bromides. He doesn’t. He said that he expects No Man’s Sky to be “super divisive.” He clearly sees his job as being, at its core, creative. He’s not in this to make everyone happy. And he’s not in this to help create a universe by committee. He’s a guy with a worldview and he’s not shy about it. Well, either that or he was just in a no bullshit mood when Inverse caught up with him at the ESA event to talk about space whales and whether or not astronomers and astronauts should fear his newfound power.

You’ve met with Elon Musk, Steven Spielberg, and Kanye West during the course of development. Was that inspirational?

First and foremost it was a little bit bizarre. I mean this whole journey of making a game under the heavy spotlight is certainly one of the most bizarre things that I’ve done in my life. It’s flattering and awesome, but also weird and terrifying.

For me, it’s not about meeting a celebrity. As somebody who has grown up feeling very defensive about playing games and feeling like not being the cool kid, it’s nice that so many people from all age groups are so interested in our hobby and passion now. But it’s also silly to invite a dude like me to play No Man’s Sky with Stephen Colbert, who was super cool and interested. All of a sudden my beard was all over the internet.

It wasn’t just a success. It blew up. Some called it “the biggest reveal of the year.”

It was weird. Like we’re just a bunch of nerds from Guildford and all of a sudden people are asking for selfies. Elon Musk tweeted me and asked if I’d be interested in hanging out and visiting SpaceX, which was amazing. He made his first money as a teenager programming a video game for the Spectrum and he’s a huge Overwatch fan. He actually asked me for advice about a gaming laptop, because he wasn’t really sure. This is the guy that invented Tesla and will soon bring people into space, and I am sitting next to him, nerding out about games and gadgets and the future of space travel. And obviously I am a huge science fiction fan and, like almost everyone, I’ve always had that dream of going to space.

The reason why I started to develop a little game — now called No Man’s Sky — was that I wanted to have this feeling of exploring foreign planets. Back in 2010, I was the Technical Director at Criterion and responsible for the engine of Burnout, which was a fun job, but wouldn’t shoot me into space. I’m also not a very sporty guy. I would never in my life pass all the astronaut tests from NASA or ESA. So, the answer is making a game that shoots you into space.

What’s your take on the Fermi Paradox? Have you considered this idea that civilizations don’t find each other in space because they create virtual spaces and start exploring those before venturing out into the unknown? Do you think No Man’s Sky might actually keep people — in a totally roundabout way — from not flying through space?

I guess it depends on how you read the Fermi paradox, because it could also mean that there actually is no alien life. The way a lot of people take it is, if life exists and the universe is old and it generally doesn’t take so long for life to become intelligent and that it’s naturally bound to become intelligent through evolution, then we should have been contacted by now. Or there should be radio signals. Maybe we are alone, but no one knows.

I’ve read a lot about SETI, which stands for Search for Extraterrestrial Intelligence. They have an installation that searches for radio waves and there were talks about shutting it down — kind of because of the Fermi paradox. If you haven’t heard something by now, then maybe nothing exists — at least in the range of our technology.

Let’s dig down on life in space and a particular form of life in space that fans of the game — in so much as the game has fans pre-release — seem to really want to see. What do you think about space whales?

Space whales must be our number one requested feature. I don’t know where it came from. Are space whales a big thing in sci-fi? Did I miss something? Well, apparently they are synonymous with No Man’s Sky now, so we probably have to put them on our list of things that we want to implement.

I think it’s a Doctor Who thing. What else is on that list of stuff you want to do?

Good stuff like freighters, which a lot of people want. And the option to actually build a bigger base from scratch, including a dune buggy.

You’ve built your engine from scratch. What kind of magic is at work that it basically generates entire planets, creatures included, out of nowhere?

I guess it contains mostly sleepless nights full of coding. But no, to be honest: It’s not a lot of magic, just fairly simple chemistry. The angle of sun irradiation and its intensity determine what kind of minerals compose in the ground. Naturally different resources influence what kind of flora and fauna grows up in a certain area. Every leaf of every tree contains a variety of stains. In England or Germany, the chlorophyll is very dominant, that’s why most of our leaves are green. In other countries, they are more yellow, and the Japanese cherry blossom is reddish, so that’s easy.

The tougher part is the animals. The engine basically checks certain parameters, asks itself what kind of animal would like the surrounding, and chooses between a variety of types. Fairly often common animals are combined — like they have the body of a lion, but the head of a rhino and the legs of a gazelle. We’ve invented a system that automatically balances out the weight and adjusts the skeleton. So we had to experiment a ton, to get these skeletons right, because an animal with a tiny body can’t have a huge head, otherwise it would constantly fall over. Thinking about it now — it would be funny to have these kind of animals that are always pissed because they always fall.

As a final thing, what do you want players to take away from No Man’s Sky once they’ve reached the middle of the galaxy?

For me, personally, I want them to take away the feeling of discovery. We can’t provide you with an endless stream of wonder, but if you just stand still for a minute to enjoy the scenery and think about the awesomeness of being the first one discovering this planet… I think that’s pretty magical, and something you don’t have in other games. I want you to get a sense of how tiny our planet actually is, and how much more is out there. And if you allow me one plea: Don’t just Google stuff or look it up on YouTube. Just take your time, experiment, and find out how the world and technology works. Sure, we could tell you everything, but that would take a lot of the charm out of this special genre. Be an inventor, be an explorer.