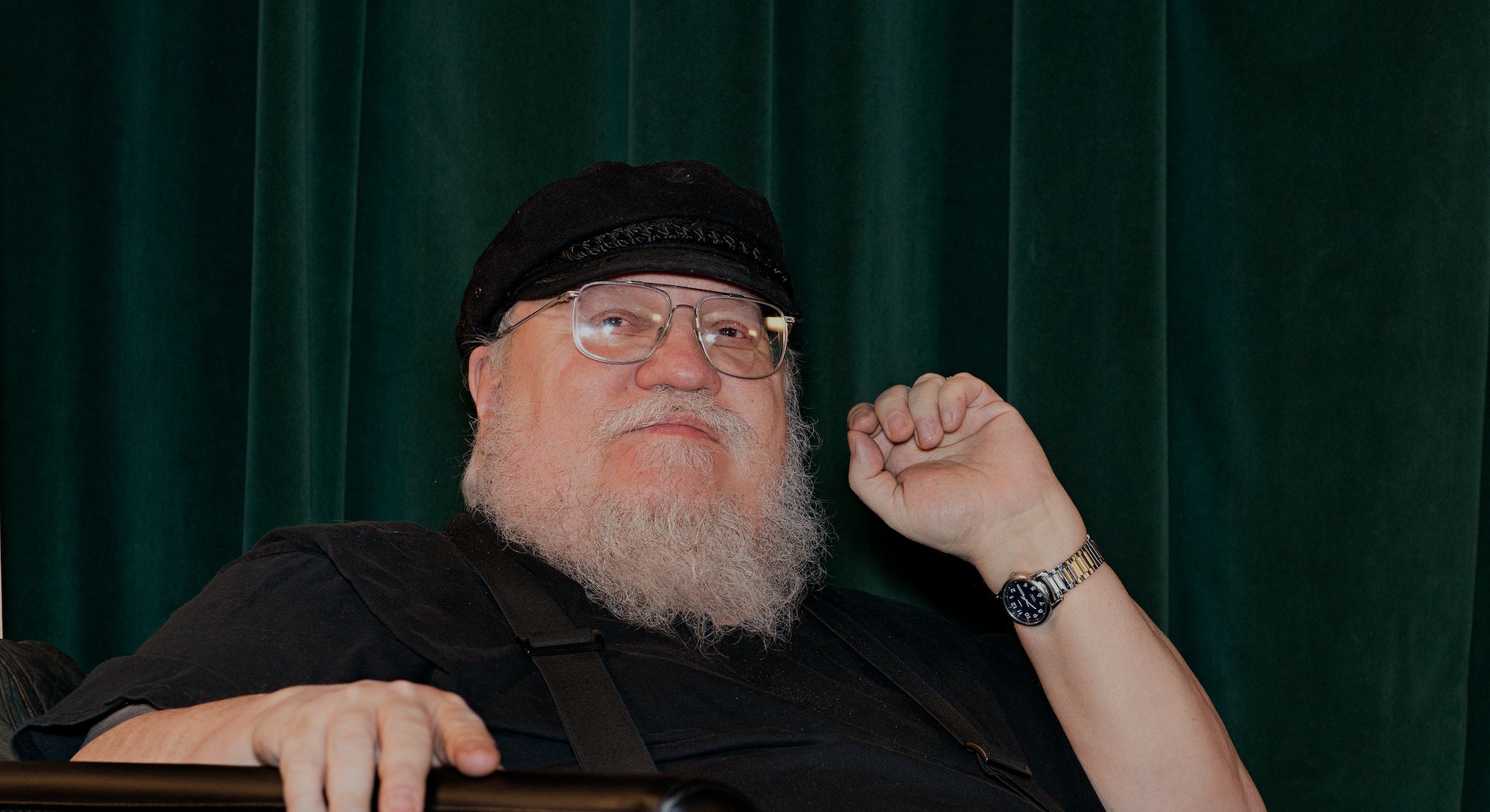 Sweet, sweet George R.R. Martin. He’s an old dude who looks like he spends twelve hours a day mumbling to himself in a seaside dive bar, and yet he low-key owns the fantasy genre and the millions of dollars that come with that territory. While his Game of Thrones TV saga is coming to a close after eight seasons, Martin already has his next move planned. The adaptation of his series Wild Cards is set to debut in about a year, per an announcement on his blog this weekend.

This means it’s time for the ensuring months of wild speculation to begin - what is Wild Cards, and will it be a natural transition for fans of Martin’s first cultural juggernaut? Here’s what you need to know.

Time to leave Westeros behind, gang. Wild Cards is set in post-WWII New York City, where an airborne alien virus that rewrites a person’s DNA is infecting thousands. The virus itself is developed by a notable family on the planet Takis, and the virus soon spreads from NYC to become a global epidemic. Because the series takes place in an era we learned about in every history class since time immemorial, there’s potential for a number of familiar characters to pop up through the course of the series - think your JFKs and Gandhis as potential drop-ins.

Populated by a cast of characters whose names are as blissfully weird as Popinjay, Golden Boy and Xbalanque, the universe pivots around the transition to a suffering post-war America to a steampunk noir cop race against time to save humanity. As one does.

So, what of this virus? It’s dubbed the Wild Card virus because of how it affects those who contract it - ninety percent die, and the remaining ten either become “Jokers” (get it?) or “Aces” (nice!). Jokers generally develop physical deformities that cause them to be ostracized by society, while each Ace develops a distinct, extraordinary superpower - some of them not entirely useful. Unfortunately, Jokers outnumber Aces about nine to one, leaving the good guys with their work cut out for them.

3. It’s based on a role-playing game Martin spearheaded in the 1980s

Look, I know we’ve already discussed a post-war steampunk storyline, but that only scratches the surface of the inherent nerdiness behind Martin’s new project. Martin began to develop what would be Wild Cards in the 1980s as an uber-detailed storyline in the Superworld RPG. He served as the gamemaster of the fictional universe while other science fiction writers of the time (freshly dubbed Wild Cards show runner Melinda Snodgrass in their ranks) built an intricate shared universe in Martin’s exquisite-corpse style. By 1987, Martin and Snodgrass were ready to release the universe to a wider audience, and the first of twenty-two Wild Cards books was released.

In actuality, the new series has been contributed to by over thirty-one authors over the years through its RPG phase, spilling into the book series that has been penned by Martin and Snodgrass as primary editors, and a rotating cast of other science fiction writers from the late 1980s up to now. According to Martin’s announcement, Snodgrass will be the main writer involved in the series’ development, since the Game of Thrones creator is signed exclusively to HBO.

5. Wild Cards is a lot of things, but it’s not Sandman

Storytime! In 1987 while Martin was still active in the development of the Wild Cards game, a young British ingenue by the name of Neil Gaiman pitched a storyline in which a character lives completely submerged in the world of dreams. Martin passed, citing the wee writer boy’s lack of experience, and Gaiman went on to write out that storyline in a little ditty called Sandman. Strike one, Sir Martin.

6. It’s not necessarily after Game of Thrones devotees.

A good show is a good show, but Wild Cards may not be the most natural transition for Jon Snow’s droves of admirers. It’s a universe completely unto its own and, although there are more than enough fantastic elements to go around, the sci-fi framing of the series makes it more advisable to fans who love a good Michael Crichton joint than a world where dragons and incest win the day.

7. This is Martin’s pass at snatching fans from Marvel and DC

As with any huge investment made in a franchise, Martin and Wild Cards developers Universal Cable Productions (Mr. Robot, Suits, 12 Monkeys) have a specific agenda for their target audience.

“Wild Cards is a series of books, graphic novels, games”, Martin explained in his blog post, “but most of all it is a universe, as large and diverse and exciting as the comic book universes of Marvel and DC (though somewhat grittier, and considerably more realistic and more consistent).”

While there’s no distinct hero or even a consistent discernible protagonist in the Wild Cards series as is, Martin assured fans that Snodgrass and UPC would build the series to tell stories from notable major and minor characters introduced throughout the franchise.