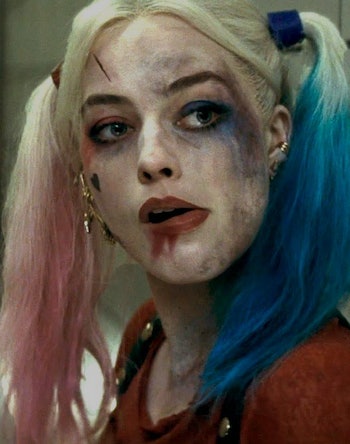 Critics do not like Suicide Squad and neither does Deadpool co-creator Rob Liefeld, whose own unconventional superhero saw his movie rake in $780 million worldwide last February.

There’s no Marvel bias in Liefeld — he claims to love DC characters, but found Batman v Superman suffering from poor construction — and he even worked at DC briefly.

In a string of tweets Liefeld posted on Friday, he offers high praise for Margot Robbie’s performance as Harley Quinn, and her chemistry with Jared Leto’s Joker, as well as some disappointment over the Enchantress plot in Suicide Squad, which opened on Friday.

But easily the take to end all takes is Rob Liefeld tweeting about Wild Wild West and Ghostbusters 2, two movies that are horrible or brilliant depending on who you talk to.

“If WILD, WILD WEST and GHOSTBUSTERS 2 had a baby it would be SUICIDE SQUAD,” Liefeld writes:

Elsewhere, Liefeld’s string of tweets (helpfully numbered) point out both the good and bad of Suicide Squad.

Then, the praise, saying Suicide Squad “benefits every time” Margot Robbie is on screen:

Then, the criticisms. To Liefeld, it was Cara Delevigne’s Enchantress, though Liefeld appears to have more beef with her function in the plot than Delevigne herself:

Then there’s the weird. I can’t agree with Liefeld here, I didn’t like Leto’s Joker in the slightest.

Liefeld really didn’t like Enchantress, a sentiment with which I wholeheartedly agree. A fan tweeted to Liefeld the baffling nature of Enchantress when most of the Suicide Squad had powers that were street or ground-level (aside from maybe Katana and her enchanted — um, katana — but she’s still just swinging metal):

One of my biggest gripes with Suicide Squad was also the editing that included like two hundred pop music cues. To Liefeld, it wasn’t a big a problem as Enchantress:

Ultimately though, money talks. Liefeld is confident Ayer’s Suicide Squad will smash its way to the bank regardless of nasty reviews.

Liefeld finishes with a point I think most of us could agree with too:

In an interview with Inverse back in April, Liefeld pinpointed the biggest flaw in Dawn of Justice: “I think the age of taking yourself too seriously, this is the wrong period for that.” But clearly the criticism didn’t stop there for his opinion of the DC Extended Universe.

Suicide Squad is out now in theaters.