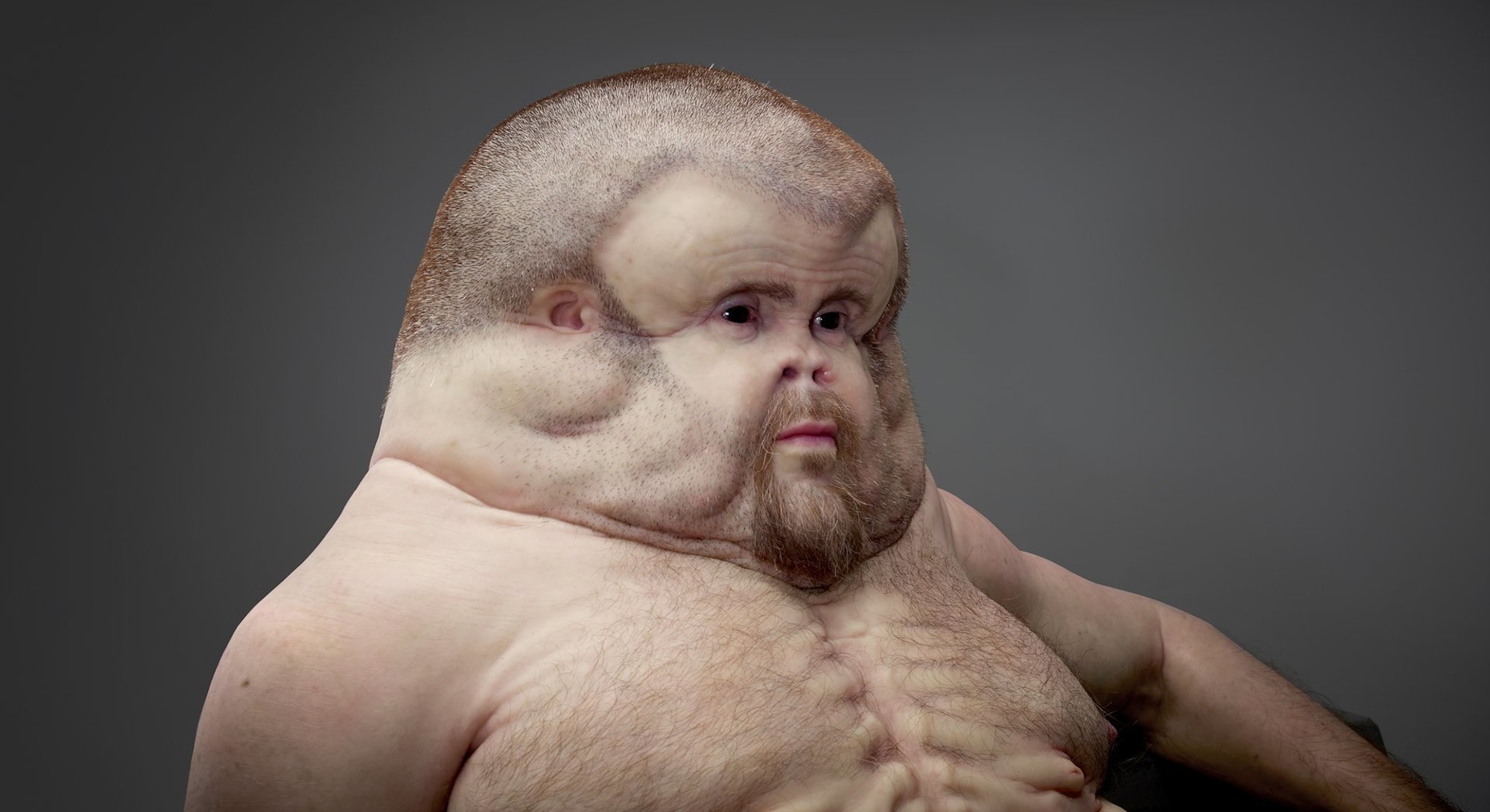 Meet Graham. He has a huge head, no neck, knees that bend in all directions, and extra nipples, all designed to demonstrate how a human body would have to look in order to best survive a car crash.

Melbourne sculptor Patricia Piccinini, in collaboration with the Victoria, Australia government’s road safety campaign and the Transport Accident Commission, designed a fictional body that has evolved to withstand a car crash. It was done in collaboration with trauma surgeon Christian Kenfield and road safety engineer David Logan in order to accurately determine the kinds of evolutionary change that would need to take place if society did nothing to change the status quo of our abysmal rate of car fatalities a year.

“Cars have evolved much faster than we have, our bodies are just not equipped to handle the forces in common crash scenarios,” Logan says in a video. “In the modern world we’re subjecting our bodies to much higher speeds and the body just doesn’t have the physiology to absorb the energy when things go wrong.”

To compensate, Graham has a number of unnatural-looking features that aim to highlight how dangerous a car accident can be.

Graham’s large head better protects his brain from concussions and mental damage. His fatty face and flat nose are designed to reduce the damage to those key areas. The absence of a neck also makes whiplash nearly impossible.

“The most significant part of the body for injury is the head,” Kenfield says explaining how a typical crash happens. “So as the head stops, the brain actually keeps moving forward smashing against the front part of the skull and then bouncing backwards and getting an injury on the back of the head as well.”

Most noticeably, his inflated chest and 10 extra nipples (one for each rib) act as natural air bags to protect his rib cage from collapsing and damaging the heart or lungs.

The fictional humanoid sculpture is also designed to brace for impact as a pedestrian hit by a car. Graham’s legs are extremely muscular to allow him to jump out of the way of an oncoming car. If he were hit, his knees bend in all directions to prevent breaking and his skin is extra thick in order to withstand skidding across asphalt or the rubber from tires.

The association for Safe International Road Travel says nearly 1.3 million people die in road crashes each year, which means on average 3,287 people die every day. Hopefully, advocacy campaigns like this, along with Tesla and Google’s autonomous cars, can help reduce those numbers.

The Transport Accident Commission has an interactive site where you can learn more about Graham’s features.