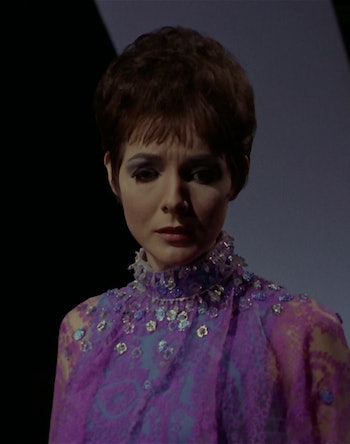 “It used to affect me badly,” said Stephanie Sanders, turning to face me from the park bench we’re sharing. “I would get headaches, like everyone else, picking up all these other peoples’ emotions.”

Sander’s fingers graze her belly. She’s pregnant but hasn’t started showing yet. Before she gave birth to her first child seven years ago, she tells me, she already knew it was a girl. She’s sure this one is a girl as well. She’s clearly content and her clothes, hair, and fingernails are all brightly colored.

It’s hard to know what to expect before you meet someone like Sanders, who identifies as an empath. Sanders is a happy empath. Not all people who identify as constitutionally sensitive to the feelings of others learn to live with it. Some empaths are so devastated by the emotional noise that surrounds them that they find it difficult to converse with people or even go outside. Some get over it. Some use their abilities to their advantage. Experiences — to put it mildly — differ.

Empathy research divides the phenomenon into three empathic subtypes: emotional, cognitive, and motivational. The idea is that when you see someone else experiencing emotion, you respond in one of three ways: You catch their emotional state yourself (emotional empathy), think about what they’re feeling and why (cognitive empathy), or feel compelled toward some action (motivational empathy, alternately known as compassion or empathic concern). Empaths seem to experience a heightened, perhaps debilitating level of emotional empathy, taking on the pain and joy of other people to excess.

To regain control when the sensations of being an empath initially began to overwhelm her a few years ago, Sanders began meditating twice a day. She says she’s been centered ever since, to the point where she doesn’t even need to meditate anymore. I gesture at our surroundings — even in a place like this? It’s Memorial Day Weekend and we’re at a park in the Bronx. There are a lot of activities vying for dominance: kids running around with squirt guns, shirtless guys on bikes, a really persistent ice cream truck, a large group of churchgoers chanting Spanish hymns.

This might remind you of a similar sounding, well-documented condition called mirror-touch synesthesia, which causes a person to literally feel what they see someone else feel. But that’s rare, and the empathic community is massive — massive enough, in fact, to have developed its own conflicting lexicon, with people debating what constitutes an “empath” versus a “Highly Sensitive Person” (HSP). Sanders doesn’t believe in the distinctions between empaths and HSPs. She believes everyone is born an empath, just that most end up conditioned to suppress it.

Whether or not you stand by such distinctions, it’s clear that the empath community, at least online, comprises individuals at every point on this fuzzy spectrum. Some experience anxiety and sensitivity and want an identity — an explanation — to be a part of. Those with more severe symptoms may be wired to absorb external emotions, to great personal detriment, but the science just isn’t definitive enough yet to say where those lines get drawn.

“I was an empathic child,” admits Dr. Judith Orloff, an Assistant Clinical Professor of Psychiatry at UCLA and practicing psychiatrist who specializes in empaths. “I couldn’t go into crowded places without feeling overwhelmed, getting some ache, feeling anxious or depressed. My mood changed my physical status. My parents were both physicians and just said, ‘Get a thicker skin,’ — not because they weren’t loving. They just didn’t have the context.”

Orloff is the author of multiple books on empaths. Some people use that term interchangeably with psychic empaths, while others use the latter only if they believe in such abilities as clairvoyance or ESP. Orloff teaches her empathic patients techniques to help them feel less drained, what she calls “protection and grounding strategies,” such as helping them retain enough control to drive during rush hour, or get into an MRI machine. She agrees that empaths requiring psychiatric medication need much lower doses than is typical, being both more sensitive to the drug and more sensitive to its side effects. She agrees it often runs in the family, and that that trauma is often a factor (though it isn’t necessarily a precursor). Orloff estimates 85 percent of those who find her on Facebook or through her website are women; of course it’s impossible to be sure whether this indicates that empaths are more likely to be women or just that female empaths are more likely to come forward.

Her work hasn’t always gone over well in the scientific community; Second Sight, one of her most well-known works, was once cited in a United States Special Senate Committee on Aging as being unscientific and irresponsible. But she commands a wide respect and a lot of status within the empathic community, and a number of people I spoke to had read at least one of her books.

One of Orloff’s more controversial contentions is that highly sensitive people are a very different breed of person from the empath. For highly sensitive people, light, smells, and excessive talking might feel sickeningly overwhelming. An empath, on the other hand, can literally absorb emotions of others into his or her own body. She is firm about the dichotomy.

Orloff claims to have coined the terms “empath” and “psychic empath” in her 1996 book Second Sight. When I point out that the terms were widely used in popular culture for at least a decade prior — Star Trek: The Next Generation premiered in 1987 with an empath as a central character — she maintained that the book came first, strongly implying that the show’s writers got the idea from her, and declined to comment further.

The origin of the word may be in dispute, but the idea of empaths has been woven into global culture for longer than most of us likely realized, from as far back as the 1700s. The following is from Adam Smiths The Theory Of Moral Sentiments, which was published in 1759:

“Persons of delicate fibres and a weak constitution of body complain, that in looking on the sores and ulcers which are exposed by beggars in the streets, they are apt to feel an itching or uneasy sensation in the corresponding part of their own bodies. The horror which they conceive at the misery of those wretches affects that particular part of them more than any other; because that horror arises from conceiving what they themselves would suffer, if they really were the wretches whom they are looking upon, and if that particular part in themselves was actually affected in the same miserable manner.”

Laura Wilkinson, a life coach who runs her own holistic medicine practice in California, said she was around nine or 10 when she started to seemingly process and absorb emotions differently than did those around her.

“I remember somebody was teasing me about a crush I had,” Wilkinson said. “And I got really extra-emotional about it in a way I don’t think most people do. I started crying. I got under the table; I felt like I was being attacked.”

Crowds bring out a deep anxiety that provoke the sensation of being overwhelmed and often manifests psychosomatically: knee problems that linger for months, fluid buildups doctors can’t explain. Wilkinson herself experiences these swings in emotion. “I’ll be like, ‘Wow, my throat feels weird, but I know I’m not sick,’ and then my friend will tell me she has thyroid cancer,” she said of the surreal, almost psychic process.

It’s easy to dismiss extraordinary claims like these when they come from people who are already soft targets. A significant portion of the empathic community devote their energies to alternative medicine and psychic, stereotypically new-agey beliefs. Wilkinson speaks of meeting people on “vibrational levels.” Sanders believes mental illnesses don’t really exist, that they’re all the same — “all under the umbrella of ‘empath’” — and that everyone is ultimately capable of healing themselves. Tina Hines, a Life Transformation Specialist, tells me she’s a clairvoyant medium, plus can heal the people she touches. “I get a lot of grandmothers, they especially like to visit … from the other side,” she clarifies helpfully.

Hines didn’t know about or consider herself an empath until her early 40s, when she experienced a sudden bout of depression. “I could see and feel and hear all these things, and I just couldn’t figure out what was going on with me,” Hines said. “And then I read Second Sight and said, ‘oh my god - there’s my answer. That’s me.’ And the women in my family, too … I wasn’t going crazy, I have all these gifts.”

Like other empaths, Hines saw therapists at various points. The first suggested she might have bipolar disorder; Hines disagreed. She was prescribed the usual rotating cocktail of meds — Abilify, Cymbalta, Pristiq, Fetzima — and took them in the beginning. But soon enough, she said, they made her extremely agitated. She stopped.

“Initially, I didn’t tell psychiatrists I was an empath,” Hines said. “I didn’t want them to put me in the hospital. Eventually I did find a therapist with a spiritual side, and I can talk about it without feeling judged. But [empaths] are wandering around, wondering if they need to be committed — they’re being diagnosed as bipolar, as schizophrenic, and it’s just not true.”

Jamil Zaki, an Assistant Professor of Psychology at the Stanford Social Neuroscience Laboratory says “there are different possibilities” when it comes to figuring out what the medical basis of empaths might be. “One is that there’s a continuum of how empathic people are, and these folks are at the top end,” Zaki hypothesizes. “And the other is that they’re somehow qualitatively different than the rest of us. I don’t know that there’s much evidence for a real bright line between empaths and non-empaths.”

Human neuroimaging, says Zaki, is not yet at the point where we can look at one person’s brain and really tell much about their abilities as an individual. We can make inferences about groups; we can look at a whole bunch of brains and track how they respond to various stimuli and possibly correlate to trait empathy. “I get emails all the time from people who are self-reported empaths, and many report having very difficult lives.”

The data is somewhat inconclusive about whether anxiety is hereditary, but it’s widely acknowledged that genetics play a big role in diseases like schizophrenia and bipolar disorder. And on a more basic level, personality traits and dispositions get passed on from one generation to the next.

The scientific community doesn’t acknowledge ESP, but it does acknowledge empathy, sensitivity, and anxiety. And there is indeed evidence that childhood trauma is linked to poorer response to antidepressants later in life. A recent study showed that in rats, at least, anti-anxiety medication inhibited empathetic behavior.

Sometimes people just want to be a part of a community, to have something about themselves explained and validated by others who feel the same — and there’s nothing necessarily wrong with that. When the empath community comprises such a spectrum of people — empathic, psychically empathic, highly sensitive, all of the above — the language feels secondary to the import of that feeling of understanding, of no longer being alone. If people feel strongly that they are part of a community, then, in the long run, that may be more helpful than scientific approval could ever be. For empaths, who at times struggle to feel at home in the world, that sense of belonging is a blessing.