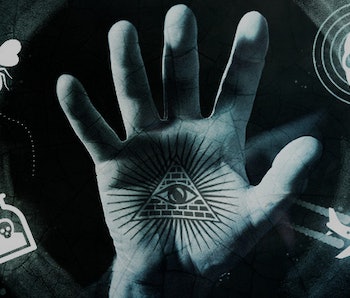 The biggest conspiracy theories out there are polarizing and often thought of as despicable. The reality of the Holocaust is debated amongst certain circles as a conspiracy, so more lighthearted conspiracies like UFO sightings and the Illuminati have some nasty company to contend with. But for those who want to relish in sweet, sweet conspiracy theories (or are maybe just a little curious), you’re in luck: Netflix really likes to stream documentaries about them.

As Netflix is wont to do, it changes its movie and TV show lineup from month to month, sometimes deleting swaths of quality content to make way for things it thinks people are more interested in. There’s a pretty nice stack of solid conspiracy theory documentary movies and TV shows available from the streaming giant, but they change up pretty often. Here’s a list of the seven best conspiracy theory documentaries available for your viewing pleasure on Netflix.

Zeitgeist is the ultimate really bad warm-up for those who are interested in conspiracy theories but aren’t 100% sold yet. Focusing on Christianity, 9/11, and the global economy, the film pulled a lot of attention when it premiered in 2007 and actually has two sequels if you end up liking the first one.

Viewed by many as a conspiracy theory documentary meant to undermine the fracking industry (it did), GasLand turned the national attention to communities in the United States affected by natural gas drilling. Nominated for an Academy Award for Best Documentary in 2011 and written and directed by Josh Fox, GasLand managed to achieve what few “conspiracy theories” get to.

This one’s specific. Looking for a conspiracy theory documentary that focuses on UFO sightings in Australia? Yeah, us too. Not only are the sightings debated, so are the people who claim to have seen the UFOs in the first place.

This documentary explores the mysterious code said to be able to predict and explain everything in the universe from shapes to the behavior of serial killers. Don’t pretend you’re not interested, even if you don’t believe it for a second.

Director Tim Mahoney presents the theory that the story of the Biblical exodus of the Hebrew slaves from Egypt actually happened during the Middle Kingdom of Egypt. Using historical and scientific evidence, can he do it? Differentiating from the stereotypical norm of conspiracy theory diverting away from religion, this documentary is definitely worth the watch.

Private investigator Tom Grant does his best to unravel the mystery surrounding the death of Kurt Cobain, former frontman of Nirvana. Who really knows the truth of his tragic, untimely death?

A bunch of skeptics gather together to discuss the validity of widely held conspiracy theories such as the existence of aliens and how humankind has interacted with them, various government cover-ups, secret assassinations, and more.