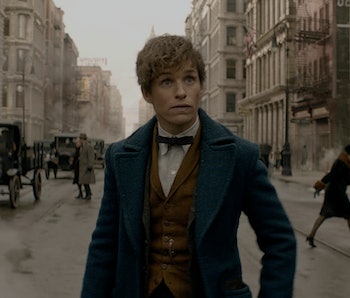 Unless you’ve somehow managed to completely avoid contact with the internet or haven’t entered a public space for nearly a week up until this very second, you know that Pokémon GO is kind of a big deal. It’s getting indoor kids outside, giving adults a chance to live out decades-old dreams of being Pokémon trainers, and has strangers bonding in the name of catching Diglett.

Pokémon GO is all about bringing a fictional world to life in the context of the real world, and so far it’s been crazy successful. Naturally, that got us thinking about who else is going to try to replicate Pokémon GO’s success with other franchises. Though Pokémon’s “gotta catch ‘em all” mission is unique, there are certainly other ways in which IPs could usher some favorite fictional elements into a real-world context, whether it’s in the name of meeting aliens, collecting artifacts, or busting ghosts.

Fantastic Beasts and Where to Find Them

From Billywigs to Bowtruckles and from Nifflers to Nogtails, the Wizarding world is never short of fantastic oddities that we can imagine fans wanting to track down IRL.

Snidgets near Wrigley Field? Fwoopers in Griffith Park? A Phoenix at the CN Tower? Sign us up.

Another universe that’s teeming with unfamiliar lifeforms, Star Wars seems a natural fit for a GO spin-off of its own. The idea of “catching” aliens doesn’t translate here, but going to Golden Gate Park to meet a wookiee is definitely something we can get behind.

Vampires holding up your favorite coffee place? Nearby intersection overrun with demons? Sure, we don’t want to catch the monsters from Buffy the Vampire Slayer, but we’ll gladly venture outside to save the city from some sinister supernatural threats. Have smartphone, will Slay.

The Hitchhiker’s Guide to the Galaxy

Pokémon GO is all about bringing a fictional world and its fictional fixtures into the real world, right? It stands to reason that bringing the world of Hitchhiker’s Guide to the Galaxy to life through entries in the guide could be a damn good time. Perhaps we could find a school of Babel Fish in Lake Michigan. Or maybe head to a nearby park to hear some Vogon poetry. Who knows, maybe there’s even a Zagat-rated eatery where you can spend a year dead for tax reasons.

If you don’t think that tracking down some raptors in your neighborhood sounds like a good time, I really don’t know how to help you.

Okay, so Tomb Raider’s not really full of fantastic creatures, but it is full of artifacts. Collecting ancient artifacts that can clue us into some seriously kickass real histories and myths? Yeah, we’re all about it.