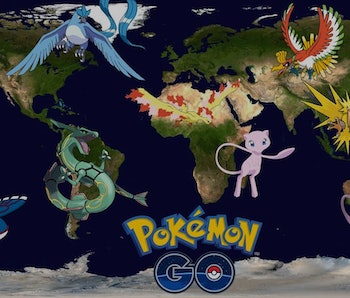 Pokémon Go has become one of the most addicting mobile games. In a few short days, players have been seen roaming the streets in search of some rare Pokémon or finding Pokéstops. The user has to keep his phone open at all times whenusing the game. Needless to say, this does not spell good news for businesses as workers seem to be dropping duties to play the game.

The millennial generation is often criticized for having a short attention span, and the below image, which surfaced online Friday, appears to show one employer’s reaction to employees who’d rather become Pokémon masters than focus on their jobs. We don’t know if it’s real but the message still applies:

People have also been walking into businesses that are designated Pokéstops. Some business owners, annoyed that people are simply standing inside their buildings trying to capture Pokémon, have hung up physical signs or taken to Facebook, including the Northern Territory Police, Fire and Emergency Services, who posted this message on July 6, ending with this friendly note: “Stay safe and catch ‘em all!”

As the police point out, you don’t need to enter buildings that are Pokstops in order to use them. (Pokéstops still work by just walking right in front of the building or from a close distance.)

At the same time, remember that Pokémon is a game and if you lose your job, you will not be able to pay your cell phone bill which means no more Pokémon. And we would not want that to happen.

And finally, if a business is savvy enough to know and hang a sign about Pokémon GO at this early stage, at least buy something. User 8bit from video game forum NeoGAF posted the below image, apparently shot at a Dairy Queen somewhere: “POKEMON ARE FOR PAYING CUSTOMERS ONLY.”