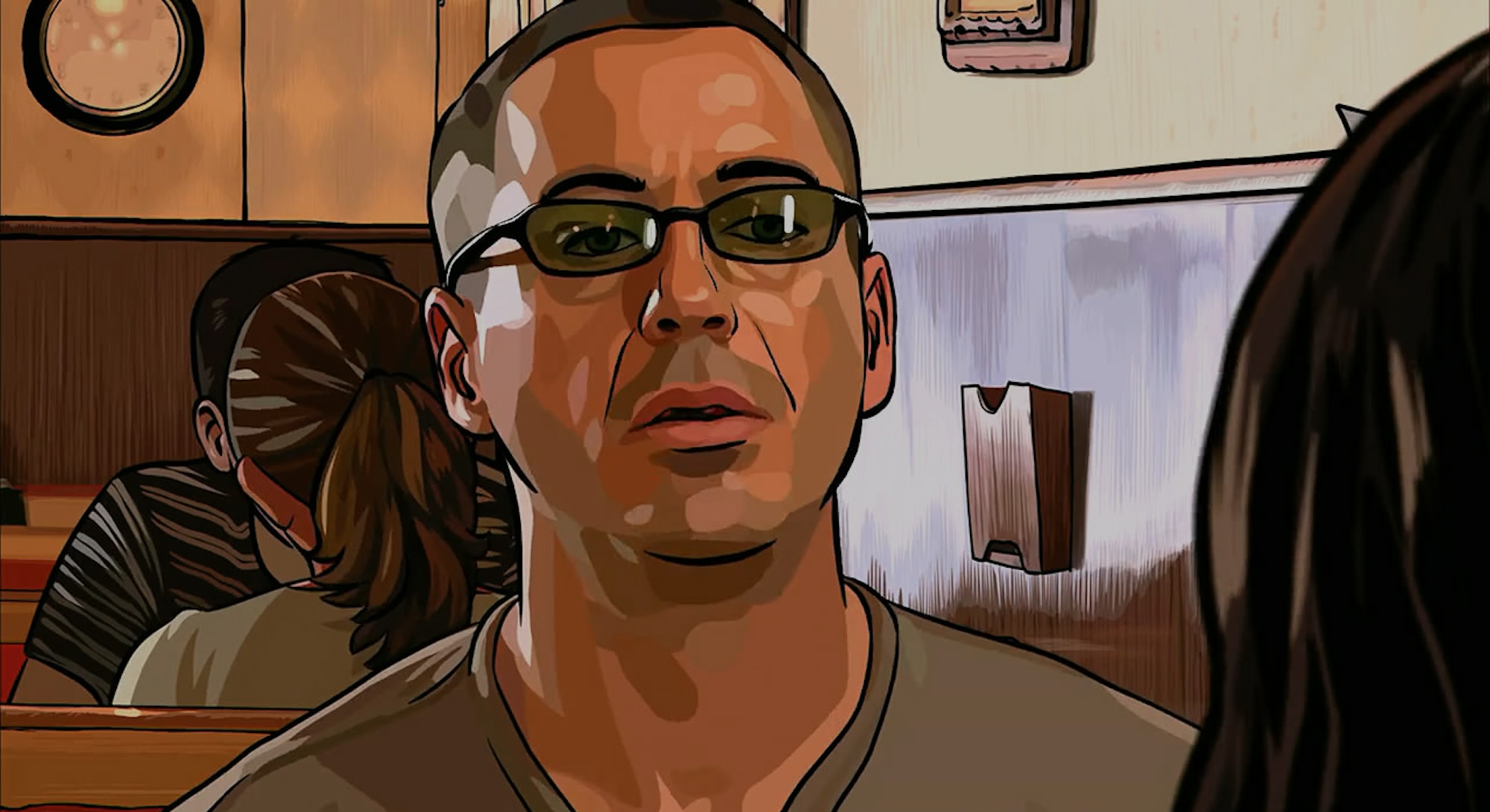 Ten years ago, Robert Downey Jr. wasn’t the mega-star he is today, and the best feature-film adaptation of any of Philip K. Dick’s groundbreaking science fiction novels was Blade Runner, with little competition. But, in 2006, that all changed.

With the release of A Scanner Darkly, Robert Downey Jr. made perhaps his best and honest film ever, right before he rocketed off to megastardom as Iron Man. Meanwhile, director Richard Linklater accomplished the impossible by making a movie that actually captures the paranoid duplicity of one of Philip K. Dick’s books. Today, as A Scanner Darkly officially becomes a decade old, here’s why it is still supremely special, a better and more faithful PKD adaptation than Blade Runner, and one of the most original, and – dare I say it – underrated science fiction films of all time.

Saying any movie is better than Blade Runner is a pretty big claim, as Blade Runner is almost certainly one of the best and refreshingly original movies of all time. But here’s the thing: Blade Runner is a wonderful movie by the standards of conventional movies. And among other films adapted from the work of Philip K. Dick, it’s easily the most accessible and watchable, for someone who wants a plot that mostly makes sense. There’s a repressed, noir-vibe to everyone’s performances, which not-so-subtly hints at the idea that all the characters could be replicants (robots) at any time. In short, for all of its speculative aims and “mind-bending” goals, Blade Runner makes sense, which is why its only loosely faithful to its source material: the Philip K. Dick novel Do Androids Dream of Electric Sheep?

Linklater’s film version of A Scanner Darkly however, is miles ahead of any other film adaptation of Dick’s work in how faithful it is to the source material. The story is set in a near-future California in which surveillance from a police state is somewhat common and drug abuse, particularly abuse of a psychoactive narcotic nicknamed “substance D.” Most of the action involves Bob Arctor (Keanu Reeves), a drug addict who is also an undercover narcotics agent. A tiny bit of futuristic tech is weaved into the story, particularly the idea of a “scatter-suit,” a garment which essentially allows people to impersonate other people, particularly if they’re interacting with brains under the influence of Substance D. Calling the book “trippy” is both 100 percent accurate (it’s literally about drug trips) and a huge understatement.

Filmed in the same rotoscope animation style Linklater used for his film Waking Life, A Scanner Darkly is not the kind of movie that is aiming to please everyone. If you were even remotely cynical about this animation technique and its aesthetic implications, or if in 2006, you were weary of Keanu starring in another sci-fi movie about perception of reality that wasn’t The Matrix, then you came in with some pretty serious biases. Further, if you wanted a movie in which all the various plot-points and twists are all explained and rendered logical, A Scanner Darkly also disappointed. But all these things are also why this film is great.

To love the writing of Philip K. Dick is to embrace inconsistent plot madness. The premise of A Scanner Darkly is specifically about someone’s brain literally at war with itself. And everything about the film works toward that premise. From the unnerving animation style, to the nuanced, surreal performances from Keanu Reeves and Wiona Ryder, to the excellent – and often hilarious – dialogue, nothing in this movie doesn’t work. Which is to say nothing of the clear stand-out of the film: Robert Downey Jr. as James Barris.

Outside of exploring a surveillance state and the concepts of brains being at war with themselves, A Scanner Darkly, is mostly about drug addiction. True, this is a science fiction movie, with a science fiction drug – Substance D – front-and-center, but the novel itself was based on Philip K. Dick’s actual experience of being addicted to amphetamines, which lead to author to famously say, “Everything in A Scanner Darkly, I actually saw.”

Cue Robert Downey Jr., who, in the five years prior to the release of A Scanner Darkly was coming out of rehab, and beginning what we would know see as a his “comeback phase.” Having Downey Jr. in this science fiction drug addiction film, playing a drug addict, makes the movie fantastic twice over: his performance is stand-out hilarious (watch any the clip above for proof) and he lends and realism and credibility to the subject matter. In this sense, Robert Downey Jr. becomes the cipher for Philip K. Dick, making the tone and events of the movie feel genuine. Where Blade Runner has the audience scratching their heads over the notion of personal identity and the nature of “reality,” A Scanner Darkly will make you freak-the-fuck-out about it. Do I understand the ending? No. Do I want to? Not really?

None of this is to say that A Scanner Darkly will ever be considered one of the best movies of all time. Hell, it will probably have a hard time making most people’s top 10 science fiction movies of all time. But right now, 10 years after its release, this fantastic Richard Linklater film feels just as relevant as ever. If you’re fan of his, of Keuna, or, specifically of Robert Downey Jr., this is a contemporary classic that wholly deserves another look.

And be honest, you’ve seen Blade Runner more than twice anyway, right? Next time that mood strikes, watch A Scanner Darkly instead.