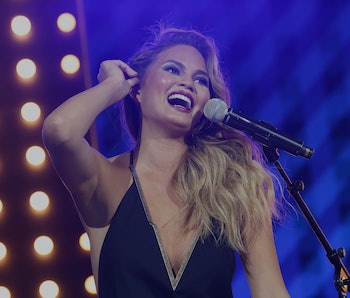 When Twitter comedian Chrissy Teigen chose the sex of her baby-to-be earlier this year, she probably didn’t think of thanking biologist Nettie Stevens, who was the first human to discover sex chromosomes.

Teigen’s choice would have been impossible without this initial discovery, but you can’t blame her for forgetting: Stevens, whose 155th birthday is being celebrated with Google Doodle today (see below), was overwhelmingly under-appreciated by the male-dominated science community while alive, even though her groundbreaking discovery has repercussions that are felt today.

Thanks to Stevens’ discovery that the sex of an individual is dictated by chromosomes — not the mom’s general environment, which was the prevailing belief at the time — we don’t need to wait until a baby is born to tell what sex it will be. In fact, in some cases, we don’t even need to wait until the mother is pregnant.

In the fertility treatment known as in vitro fertilization, which Teigen underwent last year, her eggs and John Legend’s sperm were mixed together in a dish, producing multiple tiny balls of cells that would, in nine months, become babies. But three to five days after fertilization, there’s no way you could tell with the naked eye, which embryo would become a boy or girl.

Stevens’ work revealed that determining sex is as simple as counting up the embryo’s X and Y chromosomes. Because of her, the Teigens now have a baby girl.

Before Stevens’ discovery in 1905, humans believed that sex was determined by environmental factors as vague as nutrition and temperature (her supervisor and mentor E.B. Wilson, who later got credit for her work, was among them); some scientists even argued that “adverse” conditions tended to produce males, while “favorable” ones produced females. Stevens’ work was essential for bringing us out of those intellectually dark ages into the present, where we not only understand our own biology but also can apply that understanding in order to change it.