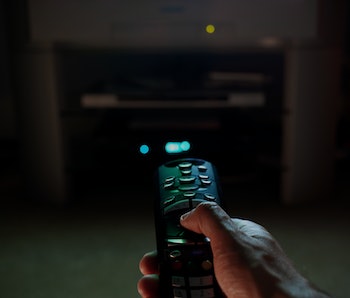 For the first time, Nielsen made ratings information on select streaming content like Netflix’s Orange is the New Black available through a presentation earlier today.

Notoriously tight-lipped when it comes to ratings, Netflix can be hard to get a read on when it comes to the actual (vs. perceived) popularity of its shows. Because the information is almost never released, it can be hard to know whether everyone really is watching Orange is the New Black or if we’re just living in giant echo chambers of our own design, curating and surrounding ourselves with voices of those who agree with and influence us.

But the ratings make it clear: there are a ton of people watching Orange. Between June 17 (when the show’s fourth season first became available) and June 19, the premiere was viewed by 6.7 million people. That’s your typical Nielsen live-plus-tree standard for measurement, and by the same yardstick, the June 19 episode of Game of Thrones garnered 10.4 million viewers. If Orange is the New Black were a cable drama, its ratings would be comparable to the second place spot for most-watched, right behind GoT.

Nielsen ratings are the industry standard for measuring the popularity of a show. They’re a hugely flawed standard, but that’s the world we live in and that’s a different discussion for another time.

On one hand, the release of these ratings is important because it gives us an idea of just how many people are streaming content and where it falls in comparison to traditional formats. Knowing that Orange is so popular that it ranks just behind the most popular cable drama is huge.

On the other hand, though, it mostly just confirms what we already knew: Netflix is a hugely influential platform: its shows are popular and people are watching TV differently now. Beyond that, Nielsen ratings are kind of bogus, and they’re mostly used to sell ads, which doesn’t apply to Netflix. Because it’s a totally different format, Netflix doesn’t have to tout its Nielsen ratings to the press or to advertisers to sell ad space and keep its shows on the air. Its revenue model is totally different, and they have their own metrics for determining the popularity of all of the content on Netflix, not just the original series.

Netflix doesn’t just have viewership numbers that are more accurate than Nielsen ratings, it also valuable contextual information. And no, we’re probably not going to get our hands on it anytime soon.

The Nielsen numbers give some valuable insight into the Netflixs standing when compared to traditional models and lets us know just how popular shows like Orange is the New Black are when stacked up against ratings juggernauts like Game of Thrones. Even so, Nielsen ratings don’t mean a whole lot to Netflix, and beyond providing some interesting measurements, these ratings likely won’t mean too terribly much going forward.