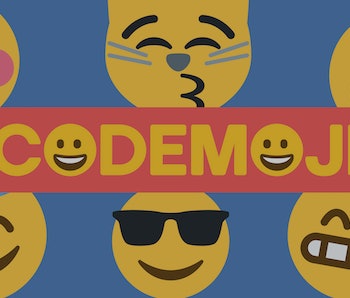 Mozilla is trying to win over users again. On Wednesday, makers of the once-popular Firefox web browser released a tool called Codemoji. It’s designed to show security ignoramuses and/or children how encryption works. Codemoji is simplistic, but useful — and Mozilla has good intentions.

If you ever read Artemis Fowl as a kid, you already know about ciphers. Ciphers disguise content. Basic ones merely replace letters with other letters based on simple rules. For instance, a cipher could replace each letter in a word with the alphabet’s next letter. The word ‘example’ becomes the jumble ‘fybnqmf’ — ‘e’ becomes ‘f,’ ‘x’ becomes ‘y,’ et cetera.

Decades ago, such a simplistic attempt at secrecy might’ve worked. Nowadays, it’s much harder to sneak communications past codebreakers and their algorithms. You can make a cipher more complex, but it won’t take long for an algorithm to sniff out the underlying logic.

That’s what Mozilla did, though: made the cipher slightly more complex. Rather than replacing letters with other letters, this cipher replaces letters with emoji. You select an emoji with which the cipher will encode your message, then you send the encoded message to a friend. Your friend can then work to decode your encrypted message, and if you’re feeling merciful you can give him or her a hint about which emoji you chose.

Mozilla wants all internet users to know about encryption, which for many remains an amorphous concept. It doesn’t stop with Codemoji: there’s a whole instructional site, too. These sorts of efforts are nothing if not laudable. Many security officials consider encryption bad: it gives criminals a refuge. President Barack Obama thinks tech companies must work alongside the government such that encryption protects the good but leaves vulnerable the bad. Those same tech companies, however, are worried — with good reason — that any intentional backdoors in encryption systems will be exploited by non-government agencies and random bad actors, and so are resisting the government’s requests.

Below, find a well-known speech in Codemoji. The key is the finger pointing down emoji ():

More like this
Innovation
11 hours ago
Scientists create fake leaves that generate a clean fuel source
By Sarah Wells
Innovation
8 hours ago
Can we terraform Mars? Scientists may have made a major breakthrough
By Jeff Nagle
Innovation
8.16.2022 11:15 AM
After quitting the ISS, Russia reveals its next-gen space station
By Darren Orf
Share: