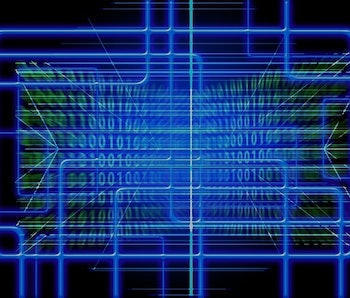 Computer processing may be about to get a lot faster thanks to graphene and light. New research out of MIT documents the relationship between hyper-thin carbon structures and light and suggests that the former might allow for the latter to replace electricity in a computer. Though no one is editing Word documents at light speed in a Cambridge lab yet, the researchers say that they have reason to believe this has been an observable phenomena for some time now.

“There are a few experiments that are done with graphene that are very interesting in what they show, but they haven’t been fully explained,” says Ido Kaminer, a physics postdoc at MIT and lead researcher on the paper. “One possible reason that they might actually have this effect with shockwaves of light, and they just don’t know it.”

The discovery is the combination of two unusual properties of graphene. The first is that light moves very slowly in graphene. Although graphene is too thin for light to stay inside it, light is trapped as beams of plasma that hang along both sides of the crystal. Graphene’s other unusual property is that electrons move very quickly within its honeycomb matrix.

Because of the effect graphene has on the speed of electrons and light, Kaminer and his team suggest that the electrons are moving faster than the threshold required to create shockwaves of light. These shockwaves are called Cerenkov emissions and are the light equivalent of a sonic boom. In graphene, the electrons are not actually going faster than the speed of light, but because of a quantum effect on Čerenkov emissions, the threshold for creating the shockwaves is lowered. This allows for electrons in graphene to actually create controlled beams of light that could be used as a faster method of computer processing.

This discovery has opened up the possibility for a number of materials to be used to make optical computer cores, says Kaminer. Boron nitride and monolayers of silver would theoretically have the same properties. For computers of the future, Kaminer says, “I can’t really promise that graphene will be the one that will win.”

However, Kaminer says that his lab is talking with other research groups to find a way to observe this effect directly, and uncouple the light from the graphene — the key to actually creating a new type of computer. And then it’s bon voyage quad-core, hello light core.

More like this
Science
6.30.2022 5:45 PM
The Large Hadron Collider restarts next week — here's what it's hunting for
By Rahul Rao
Science
7.2.2022 10:00 AM
Astronomers discover a quirky star with a surprisingly galactic feature
By Nancy Atkinson and Universe Today
Science
6.26.2022 10:00 AM
In the search for dark matter, an unexpected tool may give scientists hope
By Antonis Antoniou and The Conversation
Related Tags
Share: