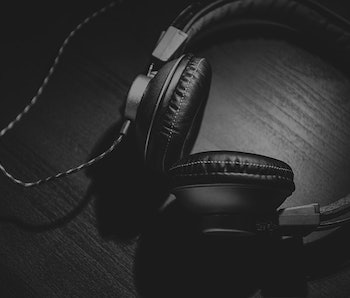 I listen to a lot of music. In December when Spotify put out its handy tool for measuring how much music you listened to in 2015, I clocked in at 110,000 minutes. By Rent calculations, that’s over a fifth of the year spent listening to music. 76 days. 1,832 hours.

Like anybody else who listens to a lot music, I’m always looking for new stuff to love. And it’s easier than ever to find new stuff that I’ll love, too, thanks to algorithm-driven recommendations. At least theoretically.

But I’m an algorithm’s nightmare. I know this about myself. My taste is so varied that, apparently, the computer just cannot get a read on my humanity.

It’s pretty convinced that my problem with John Mayer is just that I haven’t heard “Room for Squares” enough. It also thinks that if there’s one thing I’m really missing in my life, it’s more slow jam covers of Bruce Springsteen (it’s wrong).

The problem, of course, is that algorithms — including those employed by Spotify, iTunes, and Pandora — don’t understand context.

Without context, my taste is music is just a big incomprehensible jumble of Things I Probably Chanced Into Hearing. And to a degree, that’s not too far from the truth. Growing up, I listened to what my parents listened to, which is to say mostly ABBA, Meatloaf, and the local country station. I know: The fact that I’m not a total disaster when it comes to taste is, frankly, shocking.

Everything I love I found, at first, by accident, then by recommendation from others, and later through attempts to fill major gaps in my musical knowledge. I’m still finding things, still trying new music on for size, and there isn’t a single music service or algorithm that understands that. My taste is malleable and shifting, and for that reason, I want my algorithms to get me. I’m curious, I want good recommendations. But my algorithms don’t get me, and the recommendations are crap.

The fact that my recommendations suck is probably partially (mostly, even) my fault. In 2012, my playlist-making was so bold and reckless that I ended up with a 78-hour monster full of albums I’m not even really into. The logical thing to do would be to delete the things I don’t like, but I kind of like that it’s a sort of crappy, untouched snapshot of my junior year of college. How can I expect an algorithm to understand a stupid attachment to music I don’t like?

The problem is that algorithms understand lists, not people, and I’ve never been good at keeping my playlists focused. They’re all a mess, full of the things I’ve loved forever, the things I’m just discovering, and the things I love because they remind me of the bizarre and blissful few months I spent living in a lighthouse and listening to The Cure and Bill Withers.

I’m glad the algorithm recommendation method works for some people, but it’s not for me. For me, it’s all acoustic covers of “Dancing in the Dark” and live recordings of “Wagon Wheel” and I kind of hate the person my algorithm thinks I am. I hate that it thinks that Joni Mitchell is new to me and that a lackluster cover of “God Only Knows” is going to do it for me. The algorithm doesn’t always get it wrong, but you know what they say: Even a broken clock’s right twice a day.

More like this
Gaming
Jan. 24, 2023
Fortnite is about to get a Wild Dreams concert from The Kid LAROI
By Jess Reyes
Entertainment
10 hours ago
The Last of Us Episode 4 trailer teases the entrance of Melanie Lynskey’s character
By Claire Fox
Entertainment
9 hours ago
The Last of Us Season 2 Needs to Fix the Second Game’s Biggest Flaw
By Alex Welch
LEARN SOMETHING NEW EVERY DAY.
Share: